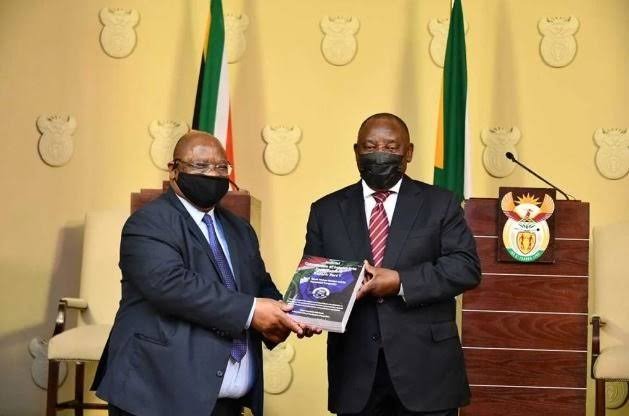 Yesterday evening (Wednesday 22 June) Chief justice Raymond Zondo finally handed over the final State Capture Report to South African President Cyril Ramaphosa, and a lot of people were not happy because they were making allegations that Chief justice Raymond Zondo would not implicate President Cyril Ramaphosa for his alleged involvement in the State Capture because he was appointed by him. However, something unexpected has happened because Chief justice Raymond Zondo has implicated President Cyril Ramaphosa in his State Capture Report for allegedly turning a blind eye during the start of the state capture, Chief justice Raymond Zondo is alleging that President Cyril Ramaphosa should have done something about the state capture back when he was the deputy President during Jacob Zuma's term as the South African President.

Chief justice Raymond Zondo is alleging that President Cyril Ramaphosa kept quiet even after seeing the signs of state capture because he was afraid of getting fired...