Opinion — All Social Media Attacks on Thuli Madonsela Should Stop, Why This Racism?

The social media attacks against prof Thuli Madonsela need to come to an end. Those attacking her are using racism instead of attacking her based on ideas. Most of them are attacking her either because she is supporting president Cyril Ramaphosa, the Zimbabwean Exemption Permit extension or because they believe she brought load shedding upon the country by turning against Jacob Zuma, Brian Molefe and Koko. These media attacks started when Jacob Zuma's Daughter, Duduzile Zuma compared her to an Ape and now another person is coming up with an edited or magnified picture of the former Public Protector. Is it proper to attack someone's looks or physique without checking their ideas to see if they are right or wrong? Prof Thuli Madonsela in her wisdom has replied her attackers, saying that their words, insults, and abuse mean nothing to her. She said, “What you say or do to others is a reflection of who and what you are, not them, therefore choose your words and actions carefully”. 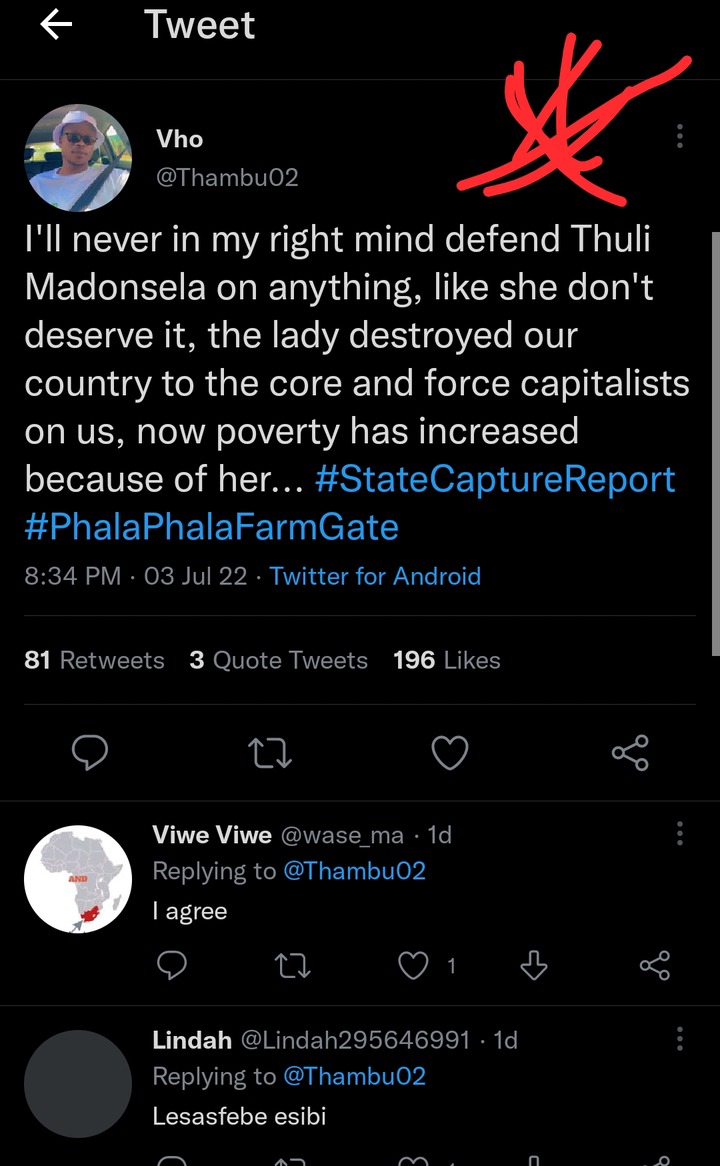 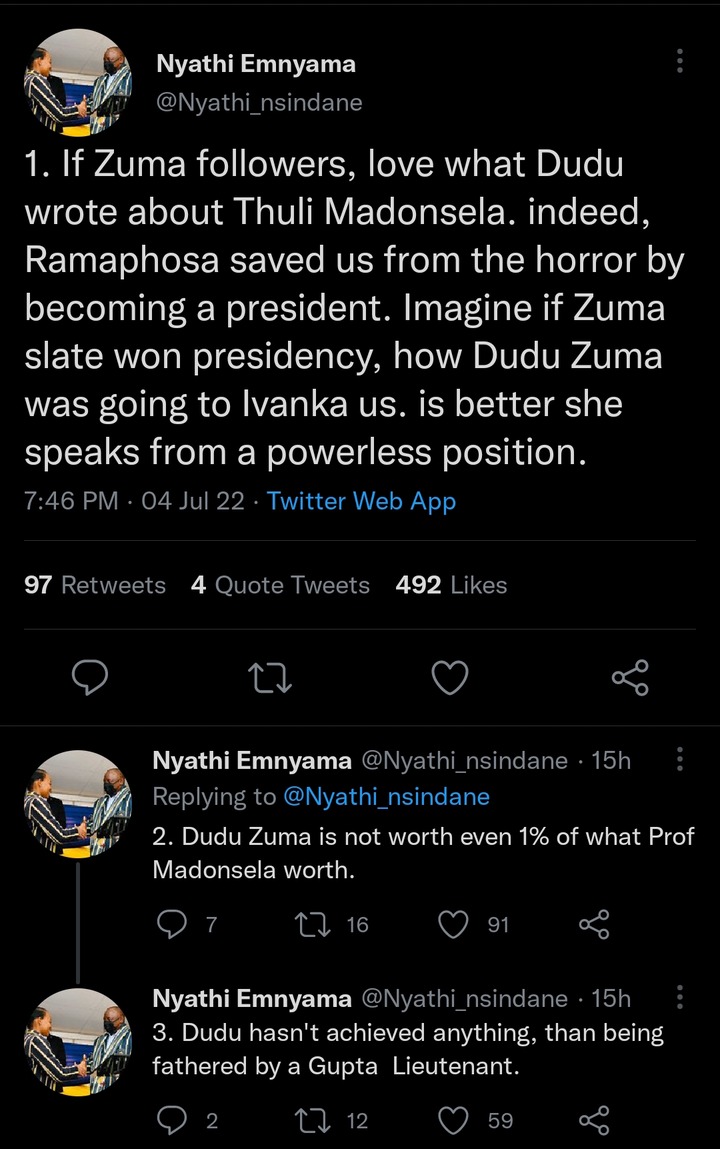 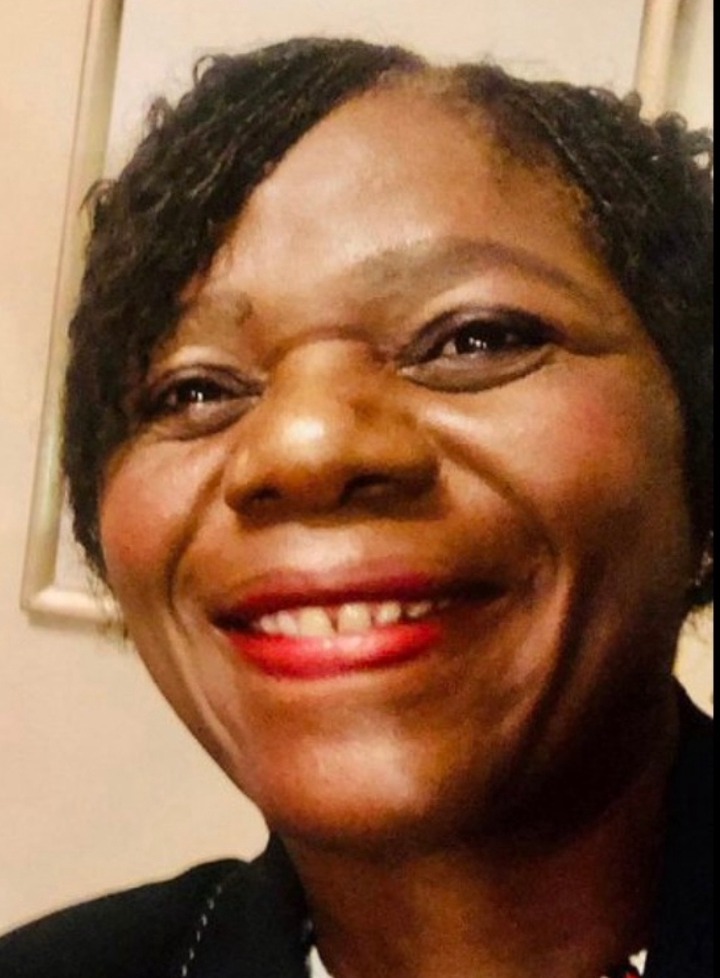 Even Karyn Maughan has spoken against the incessant media and racism attacks against Advocate Thuli. She said that those attacking her show how they were brought up. Karyn Maughan wrote, “There’s nothing your haters hate more than you ignoring them and just happily going on with your life.

You don’t need to taste the poison to know it’s toxic”. Despite all these, Jacob Zuma's Daughter has refused to apologize or withdraw her statement. In fact, her supporters and followers have told her not to withdraw the statement. One Jacob Zuma’s supporter wrote that Advocate Thuli Madonsela must learn to accept the insults the way Jacob Zuma is accepting it. He also added, “I'll never in my right mind defend Thuli Madonsela on anything, like she doesn't deserve it, the lady destroyed our country to the core and force capitalists on us, now poverty has increased because of her”. 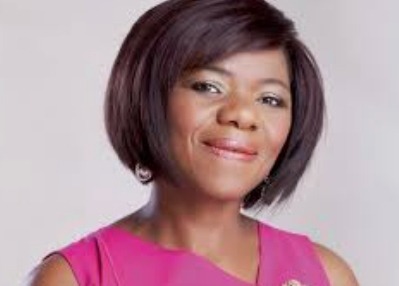 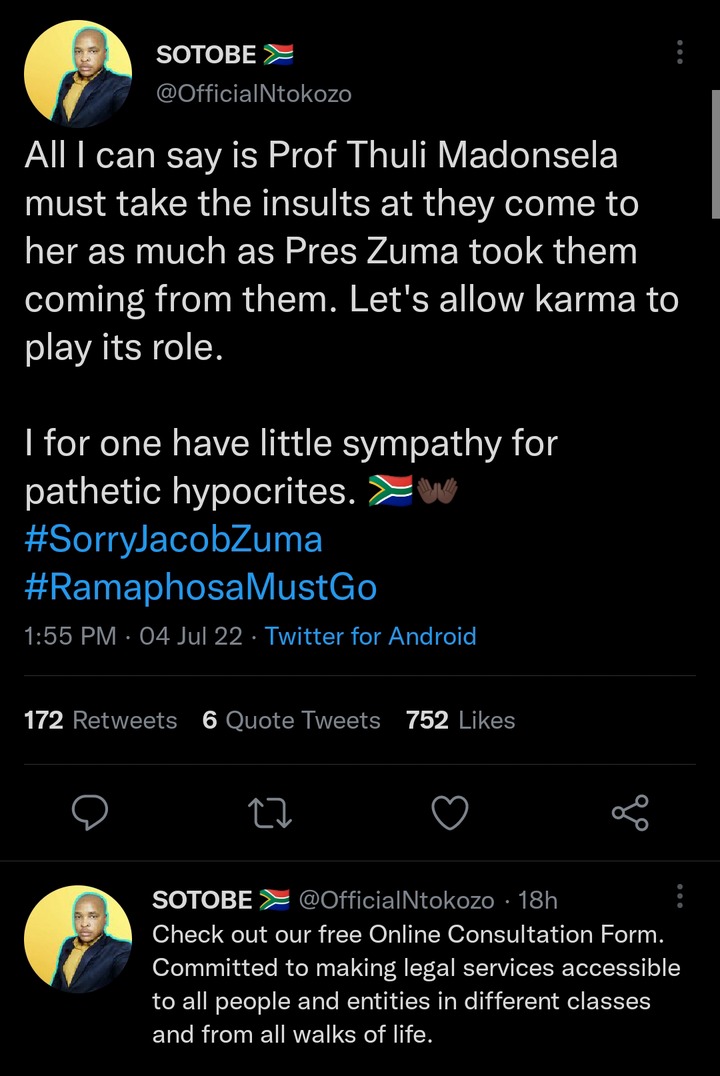 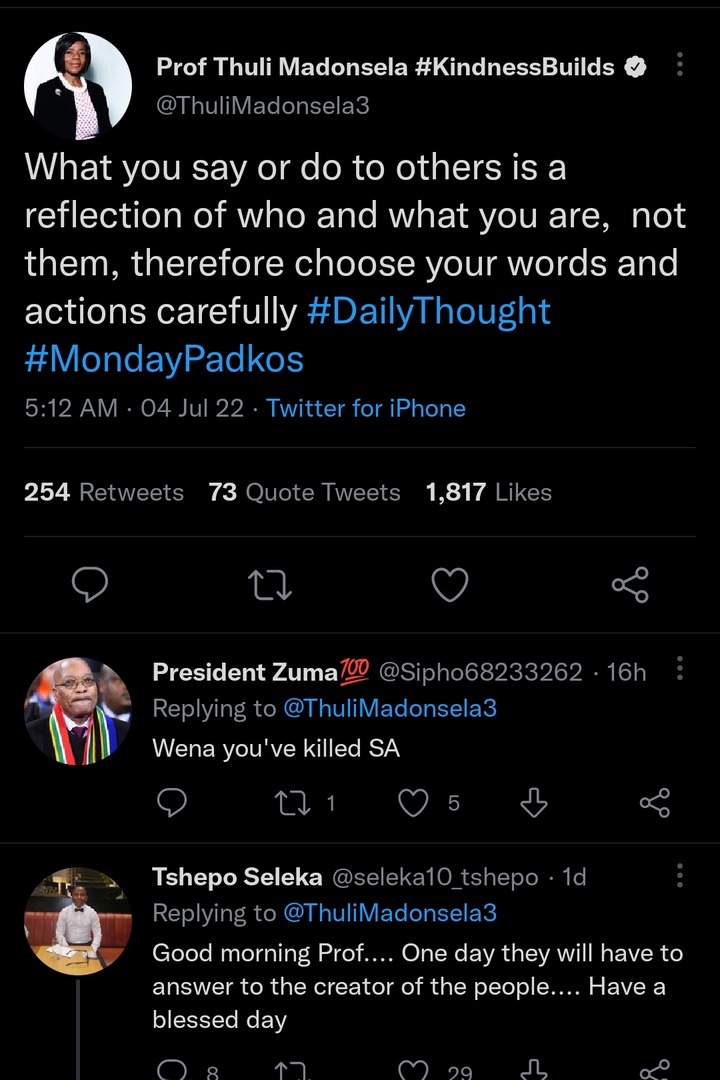 It is another thing to criticize her, but it's another thing entirely to heap racists insults on her. Some people are asking if a fellow black can be a racist towards another black person, but they can. Another Zuma's supporter said, "All I can say is Prof Thuli Madonsela must take the insults as they come to her as much as Pres Zuma took them coming from them. Let's allow karma to play its role. I for one have little sympathy for pathetic hypocrites”. 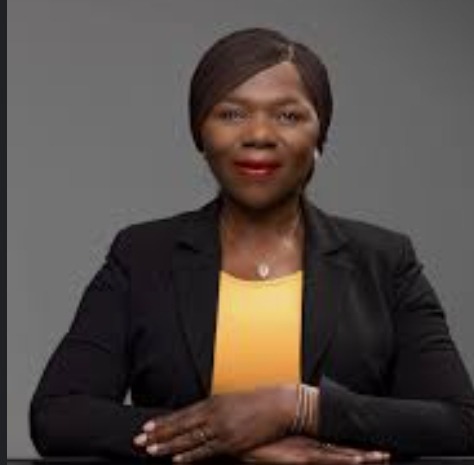 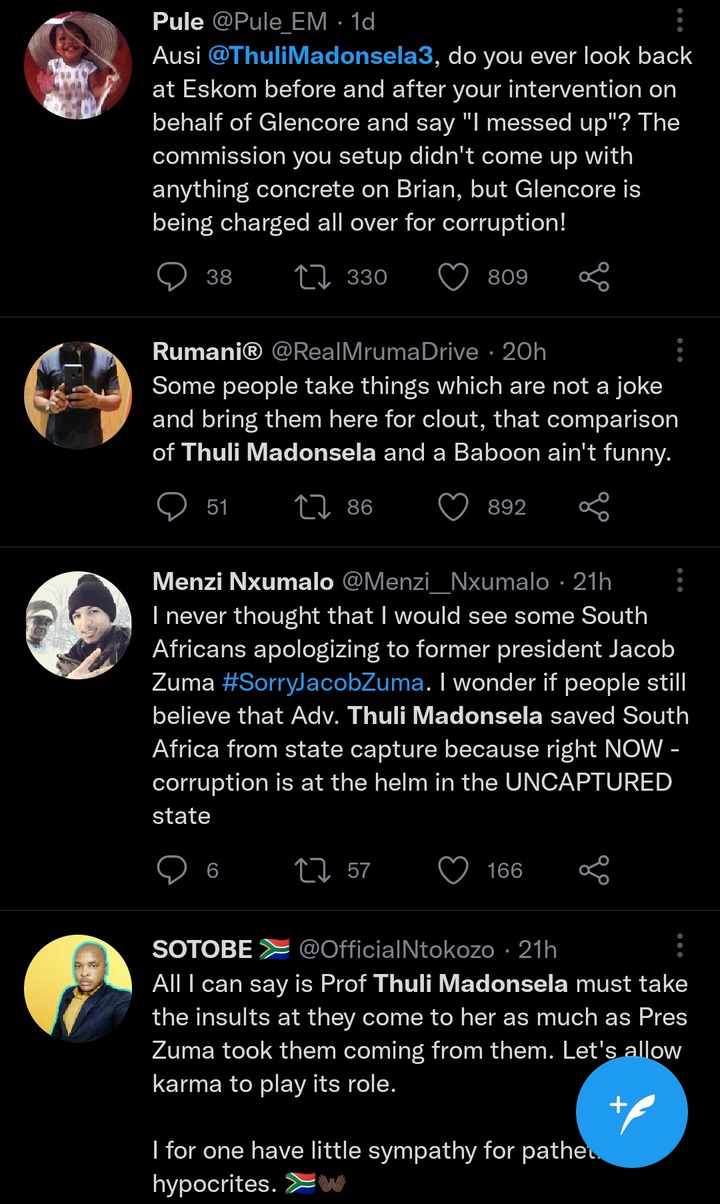 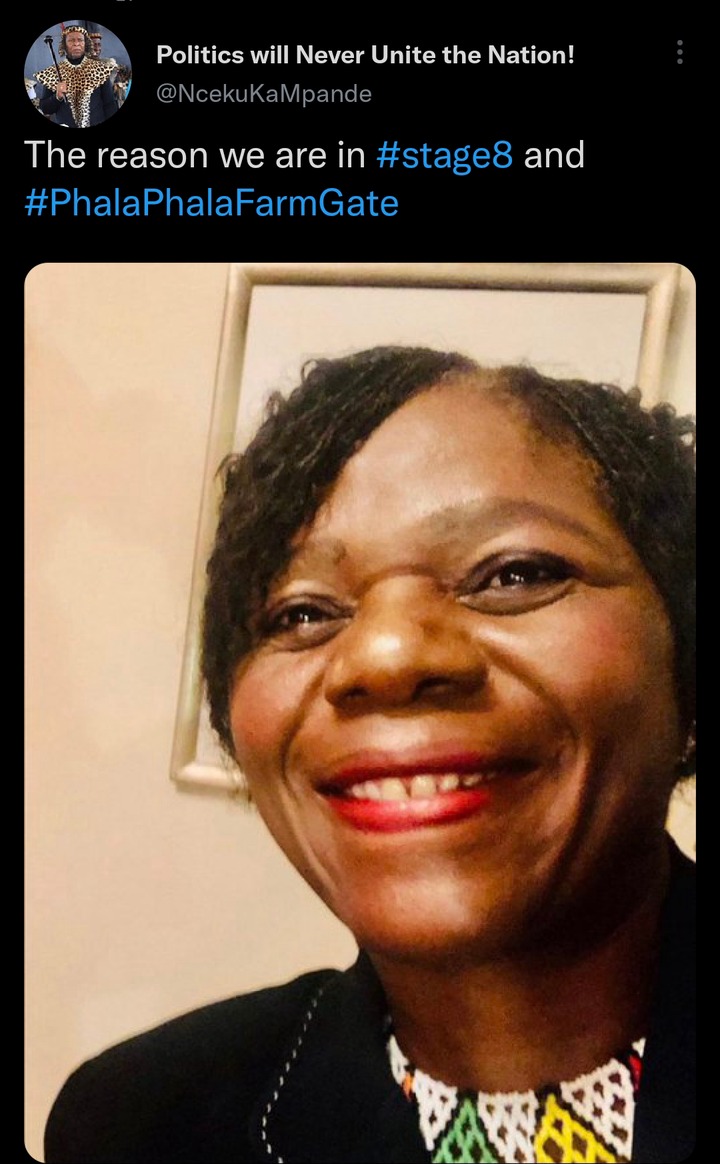 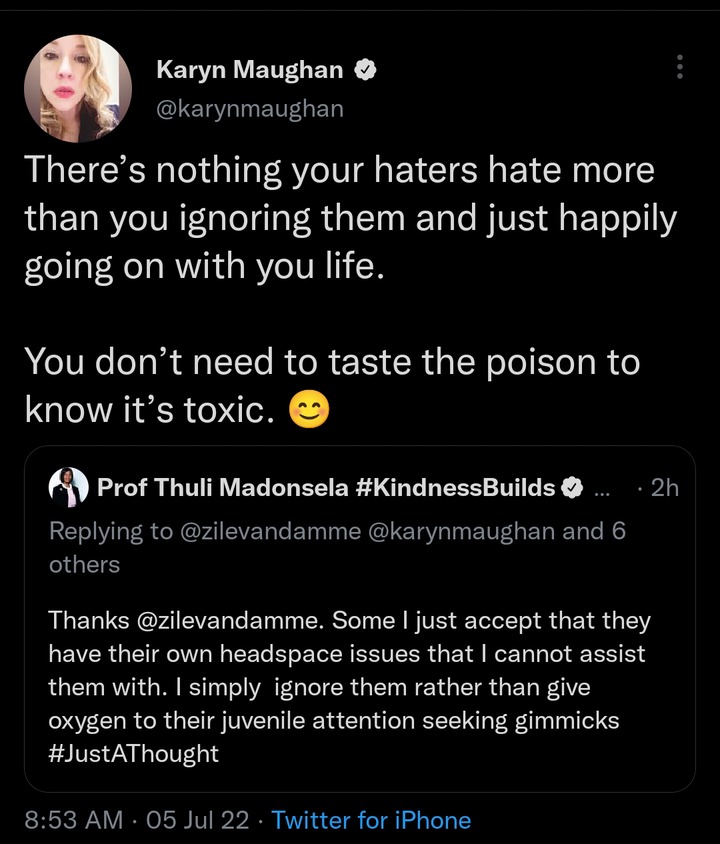 Heartbreaking: Remembering Senzo Meyiwa, See his Tombstone that will leave you in tears.

Is This Admission Of Incompetency? Check What Cele Said About The Illegal Miners And Police Ability