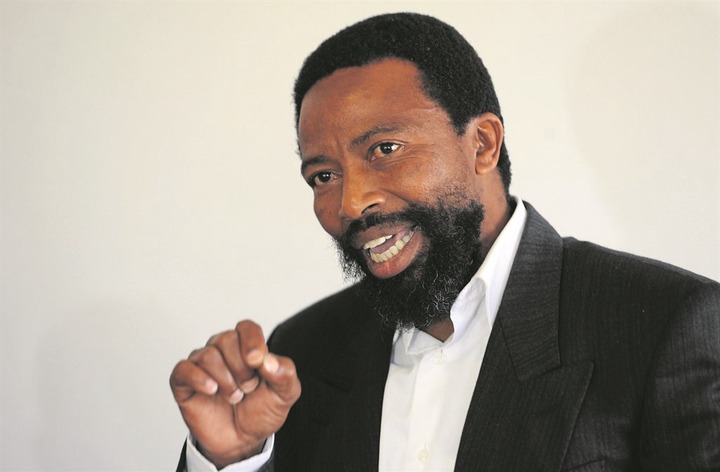 The ANC has asked the abaThembu people of the Eastern Cape to disregard King Buyelekhaya Dalindyebo's plea for them to vote for the EFF and instead vote for the ANC.

On Monday, Eastern Cape ANC provincial secretary Lulama Ngcukayithobi made the demand while speaking to ANC supporters in the Amathole district municipality.

Ngcukayithobi's statement comes a day after EFF leader Julius Malema paid a visit to Dalindyebo at his Nkululekweni home in Mthatha, where he was given a cow and promised an R1.5 million Mercedes Benz SUV.

During his visit, Dalindyebo promised his support for the EFF in the municipal elections, and urged the rest of the country to do the same and vote EFF to "teach [the] ANC a lesson."

The province's ruling party was enraged by the king's statement.

Because the EFF was "well-known crooks," Ngcukayithobi said the Hawks and the Public Protector should look into how they bought the automobile.

Chiefs and kings are the representatives of the nation. This is so unfortunate. When a king acts in an inappropriate way, they bring shame to the royal house. People of King Sabatha Dalindyebo municipality and to all the Thembus residing elsewhere across the land, including here at Mnquma municipality, do not heed the king's call.

The rights of voters and their choice of a political party, according to Ngcukayithobi, are in the hands of voters, not a king.

"The king should just take the car and not sell [off] the country," Ngukayithobi added to thunderous applause.

The EFF, according to Ngcukayithobi, was founded by some of the "worst thieves" the world had ever seen.

Mthunzi Ngonyama, Dalindyebo's spokeswoman, defended the move, saying the EFF was there for the king when he was imprisoned, and that the EFF had even dispatched counsel Dali Mpofu to provide free legal assistance to the monarch.

He said that the king was repaying his devotion.

Dalindyebo resigned from the ANC and joined the DA in July 2013, but his membership was promptly revoked after he lost his appeal in the Supreme Court of Appeal in 2015 and was sentenced to 12 years in prison.

Following his conviction in 2009, he was punished for kidnapping, assault, arson, and undermining the ends of justice.

In the 1990s, he was imprisoned for atrocities he committed against his citizens.

President Cyril Ramaphosa, on the other hand, freed Dalindyebo on a special remission of sentence on December 23, 2019, after serving four years of his 12-year sentence.

Eastern Cape EFF chairman Yazini Tetyana responded to Ngckayithobi's statement, saying: "That person is an idiot who does not deserve our attention; he is a nobody, a political companion. A non-starter who refuses to talk to us about anything."

Tetyana also justified the party's choice to hand over the vehicle to Dalindyebo.

Tetyana stated that following the November 1 elections, the EFF would send the car to the king.

He asserted: "You help a nation when you help a monarch because the king serves the people. We want the king to be able to reach whichever region he desires in comfort, thus this gesture serves that purpose."

He claimed that the car was not given to Dalindyebo to gain political points, but rather as a gesture of Malema's goodwill.

When asked if the king required the luxury vehicle, Tetyana replied: "He requires the vehicle. We could even purchase a helicopter for him."

Tetyana responded to anyone who might interpret the gesture as a vote-buying scheme: "We never intended to buy the king a car when we went to see him. We went to see the king because we share a special bond with him. We were the first to arrive when he was detained and subsequently hospitalized. A delegation lead by the EFF's president was present."

Malema offered to buy Dalidyebo the SUV after he remarked that his work was hampered by transportation concerns and that he would love to obtain a bakkie.

While many think the R1.5 million spent on the car could have been better spent on building homes for the underprivileged, Tetyana said: "No one, no one, sets the EFF's initiatives or program. We've erected houses before and no one seems to notice."