If President Cyril Ramaphosa were to be forced out of his position as leader of the African National Congress (ANC) because of Phala Phala, the ANC's decline would accelerate and it would likely do poorly in the 2024 elections. 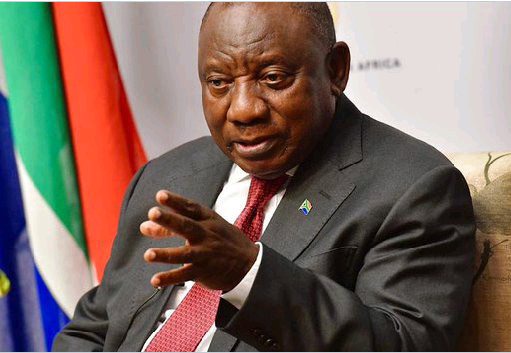 It's Cyril Ramaphosa, not the African National Congress to be fooled with. The ANC will go on serving the voters even after his departure. You employed him over a period of decades, and all he has done is destroy the ANC. There are no compelling reasons for Ramaphosa to resign as president notwithstanding the chief mgodoyi's role in the heist saga at Ramaphosa's private house. The real criminal here is Ramaphosa's massive stockpile of undeclared riches in foreign currencies. Involvement in kidnappings or torture automatically labels the President in question as a criminal. There is no mystery as to why the DA and SA media have turned on CR. Let me rephrase: this is not the case. The guy gets his comeuppance in this piece.

They want to assure his re-election by instilling terror in the populace, which they hope to do by making it seem like holding him accountable will bring down the party. Voetshek has sent Cyril to wipe out the ANC. The ANC will thrive once he leaves. You've been concerned about the rise of a political party that has little to do with the country's progress since 1994. It's difficult to see the forest for the trees when there are so many trees in the way. You guys had to be aliens. In the event of Cyril's departure, the Zuma group would assume control and proceed to rob the country. The ANC's time has come and gone.

They pointed the finger at Zuma and argued everything went wrong during his administration.

Now they are blaming Ramaphosa for everything.

Mbeki's resignation will salvage the ANC, which has been undergoing a claimed time of rebirth since he was recalled. There is no way to unite the African National Congress, Chief. This condition predates Ramaphosa's presidency. Before they started hanging around, everything was normal; what changed? I hope you're feeling okay mentally. Some of you seem to have temporary amnesia about the fact that Zuma used to replace ministers at the behest of the Guptas, and this is the root of the problem. Remember when Zuma changed finance ministers and the rand plummeted? When did you first hear that the ANC has become so chaotic? You have been uncritically consuming propaganda; please stop doing it. Keep in mind that the strength of an economy is inversely proportional to the power of its rulers; we may be weaker presently, but the credit rating companies say we're steady.