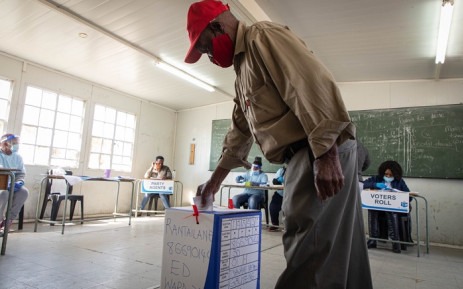 JOHANNESBURG - Coalition legislatures in South Africa have regularly brought about unsteadiness however the developing discontent in customary ideological groups could see a greater amount of this arise in the forthcoming metropolitan surveys.

The Independent Electoral Congress (IEC) has seen an increment in free up-and-comers enrolling to challenge in the decisions one month from now, with some taking an interest under the pennant of urban associations, like Mmusi Maimane's One South Africa Movement.

While he surrenders that some alliance run districts have been unstable, best case scenario, political observer Makhosini Mgitywa said that alliance state run administrations were what's to come.

"In Johannesburg, I can guarantee you that after November 1 you'll see an alliance government. The equivalent goes for Tshwane and Ekurhuleni."

He said that alliances may not be the response to bombing administration yet they improved responsibility.

"A large number of the useless regions, regions where there's one party that has framed the public authority, in cases where there are multi-party states, those gatherings can hold each other under wraps so when one party does what different accomplices don't care for, they can pull out of that alliance and it will fall."

In the North West, municipal development, Save Madibeng said that it was available to alliances, with conditions.

In the mean time, Mgitywa said that electors ought not limit more modest players as expected kingmakers, reviewing the furious brought about by the Economic Freedom Fighters (EFF) in the Tshwane and Joburg metros in 2016.