The speaker of parliament, Nosiviwe Mapisa Nqakula, gave her approval for an investigation into Cyril Ramaphosa's suitability to be in office, so we now know that there will be an independent investigation into Ramaphosa's ability to do his duties as president. After ATM presented this motion to have the president investigate to see if he failed to uphold, respect, and defend the Constitutions and laws of the country, we are aware that the speaker has missed the deadline that she set for herself to be able to come up with a response to members of parliament. This is something that we are aware of. The speaker set this deadline for herself. 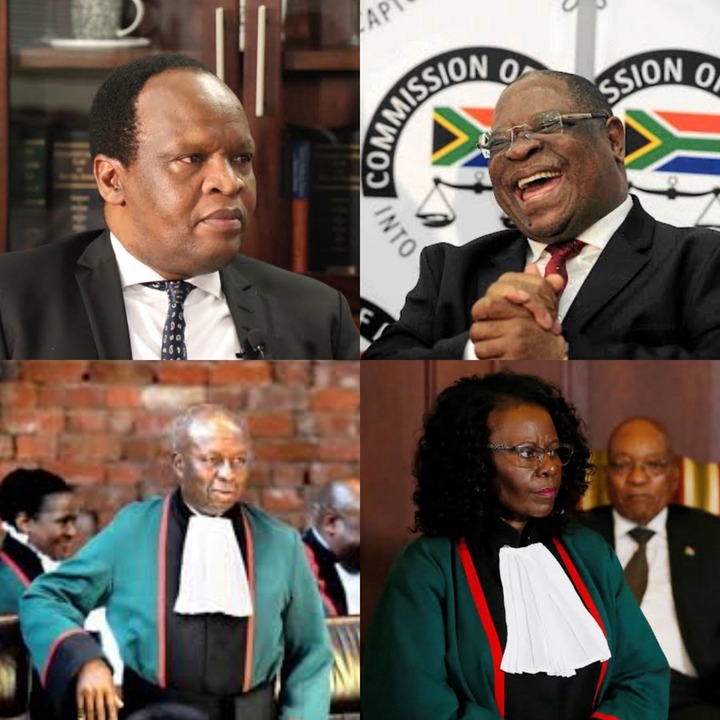 Who will be the members of the committee that will investigate Ramaphosa?

We are aware that ATM is the only party that has been in the driver's seat throughout this fight to try to hold the president accountable for what occurred at his property many years ago. They initially sent a letter to the public protector, which is when the 31 questions addressed to the president were made public. Not only that, but they also sent a letter to the speaker of parliament requesting that Ramaphosa be probed, and they were successful in doing so in both of these endeavors. 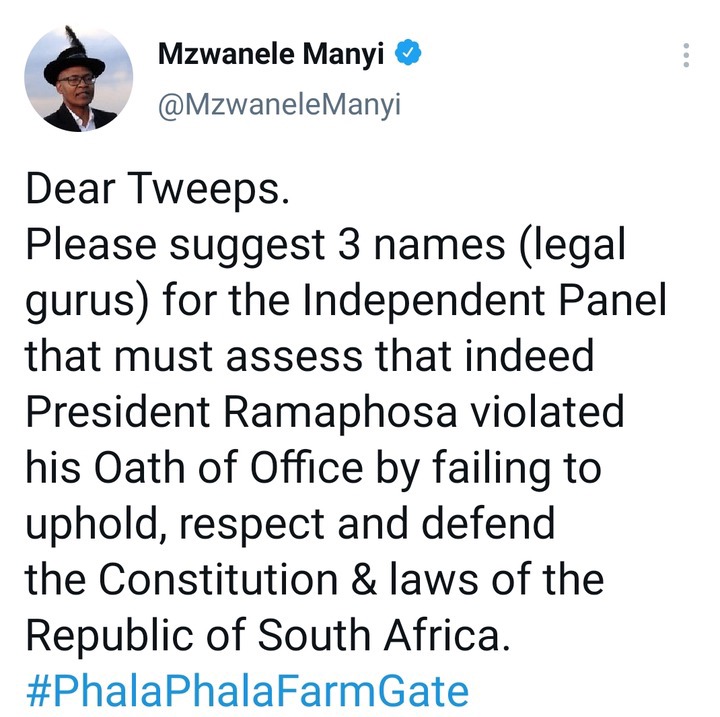 Having said all of that, we are aware that parties have till September 2nd to present their representatives who will be making up a panel that will probe Ramaphosa and the Phala Phala scandal. Mzwanele Manyi has taken to Twitter in order to inquire of the public as to who they believe ought to be the members of the panel that will probe Ramaphosa in order to determine whether or not he failed to maintain the code of ethics and protect the Constitution and the laws of our country. As president, he was expected to set a good example for the country. 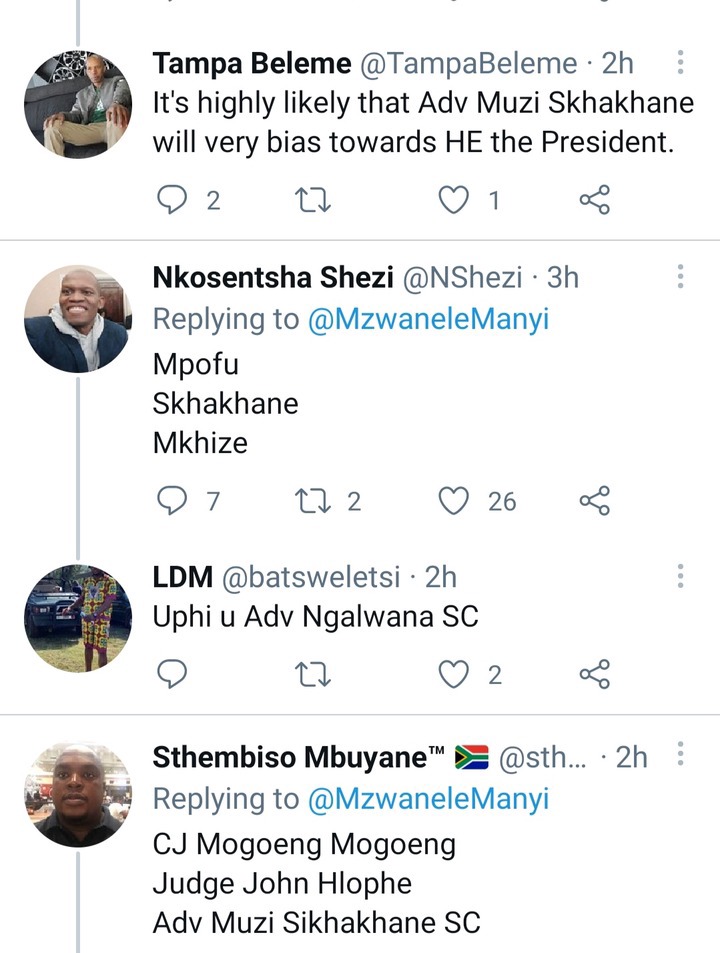 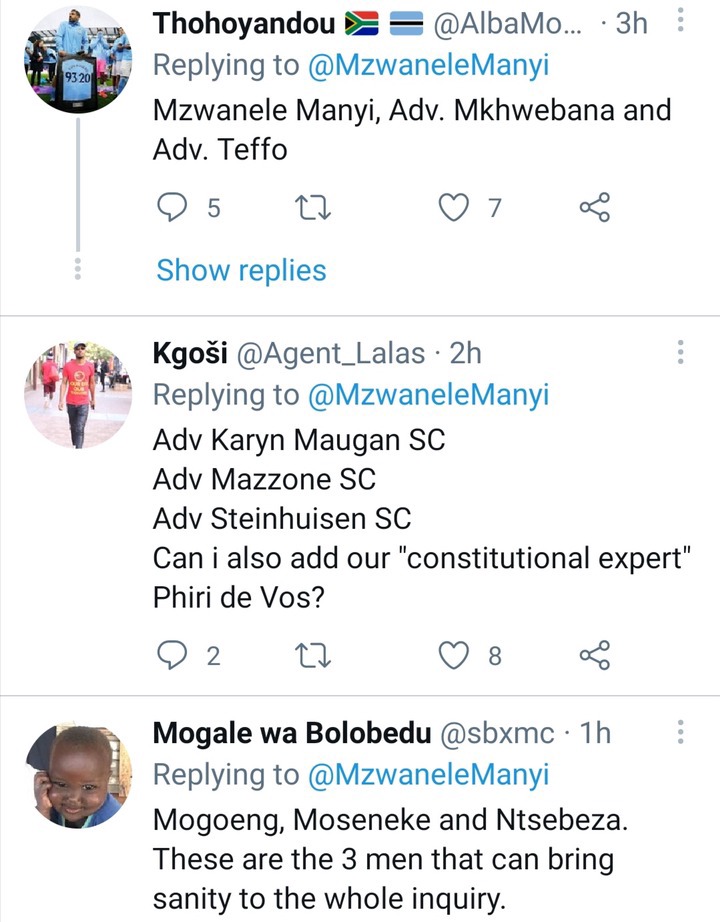 There were a lot of individuals who had a lot of things to say about this, and some of them even came up with names of people who they thought ought to be a part of that panel. There are some names that are cropping up more frequently than others, and the reason behind that is rather obvious. Those who support Ramaphosa have established their own list of supporters, while those who oppose him have also compiled a list of opponents with their own names on it.

These are a few of the names that were assembled by other people.