Zuma has criticized the way in which the state capture commission was established.

By Timeline-Threads (self media writer) | 2 months ago 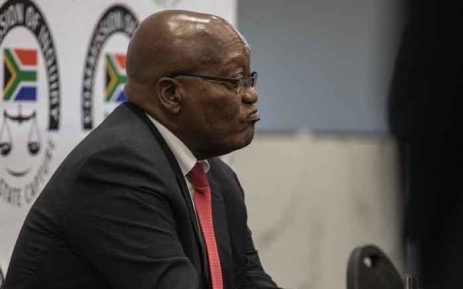 Zuma at the state capture commission on 15 July 2019. Picture: Abigail Javier/EWN"/>Former President Jacob Zuma claimed on Monday that he was more certain than ever before that South Africa was on its way to becoming a dictatorship from a constitutional democracy.

He hasn't offered any proof to back up his allegation, either.

It came after his failed attempt last week before the Constitutional Court to have his 15-month sentence for contempt of court annulled.

On Monday night, his foundation published a four-page statement in which Zuma alleges that the country's laws are routinely twisted and abused when dealing with him.

To his credit, Zuma expressed confidence in his own abilities and said that South Africa was slipping toward constitutional tyranny.

"The long-standing anti Zuma narrative" had successfully hypnotized many individuals, according to him, who were ignorant to this fact.

Zuma has expressed his displeasure with how the state capture commission was set up.

Despite the fact that he put it up, he said it was the result of an abnormality.

Aside from that, Zuma has argued that the Constitutional Court erred by failing to examine international law in its decision against him, something the court had been instructed to do by the Constitution.

His organization made the announcement over the weekend that it will go to the African Court on Human and People's Rights over the case.

He's questioned why former Public Protector Thuli Madonsela didn't hand over the probe to her predecessor Busisiwe Mkhwebane and instead suggested the formation of a commission.