WATCH VIDEO: 10 Cars alleged to be Bushiri's being repossessed and extradition underway

By Suburban_Press_Africa (self meida writer) | 1 months

A video has surfaced online of more than 10 cars reportedly to be of Prophet Shepard Bushiri being repossessed. 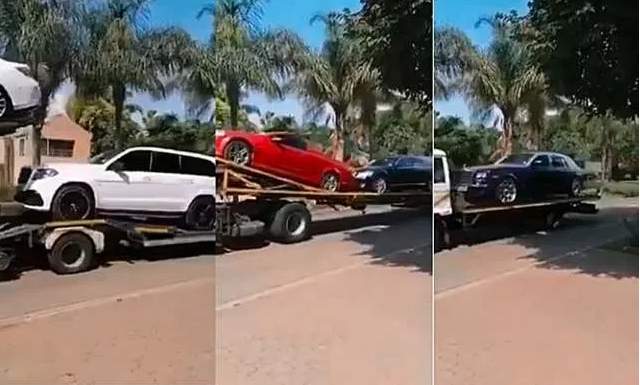 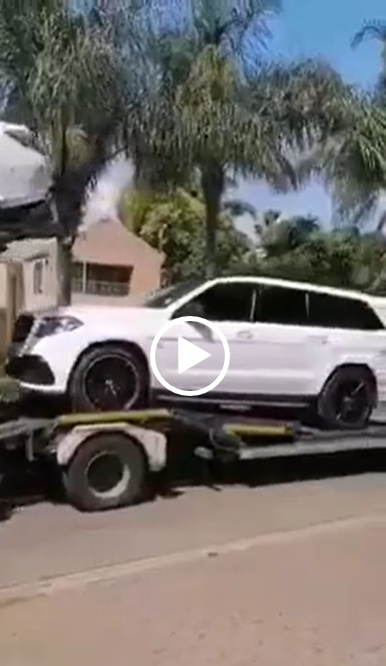 In January Malawi's Minister of justice spokesperson Pirirani Massanjala said the court has ordered that the extradition hearing kicked off in March after the court has issued a warrant of arrest for the two fugitives, wanted for charges including fraud, money laundering in South Africa. 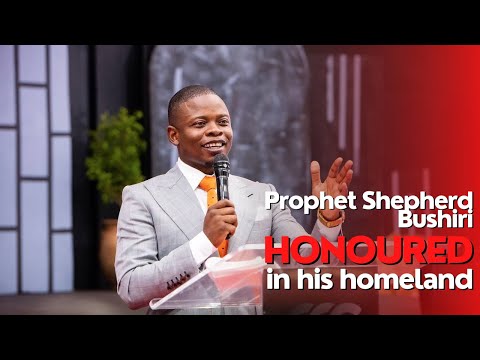 Malawi's Justice System will once again reopen the trial again Bushiri and his with this week when the former extradition hearing for wanted self-proclaimed Prophet Shepard Bushiri and his wife kicked off at the new Longwood Magistrate court in the capital of Malawi this Monday. 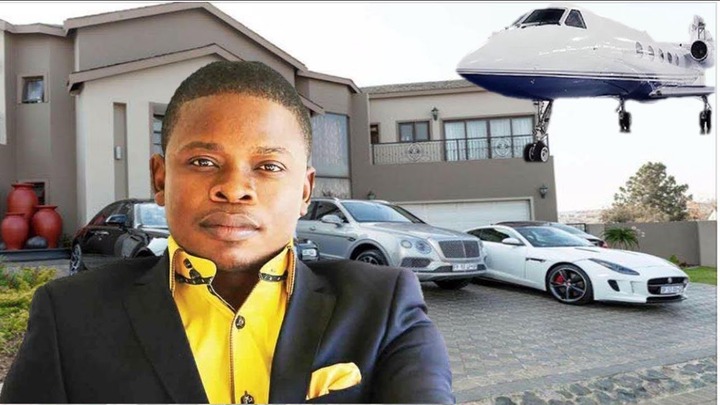 That warrant of arrest outlined that, the charismatic preacher and his wife should be summoned to court inarch, media reports in South Africa quoting Malawi's Minister of information Gospel Kazaku said the meta would be heard before the magistrate, was likely to be concluded in March. 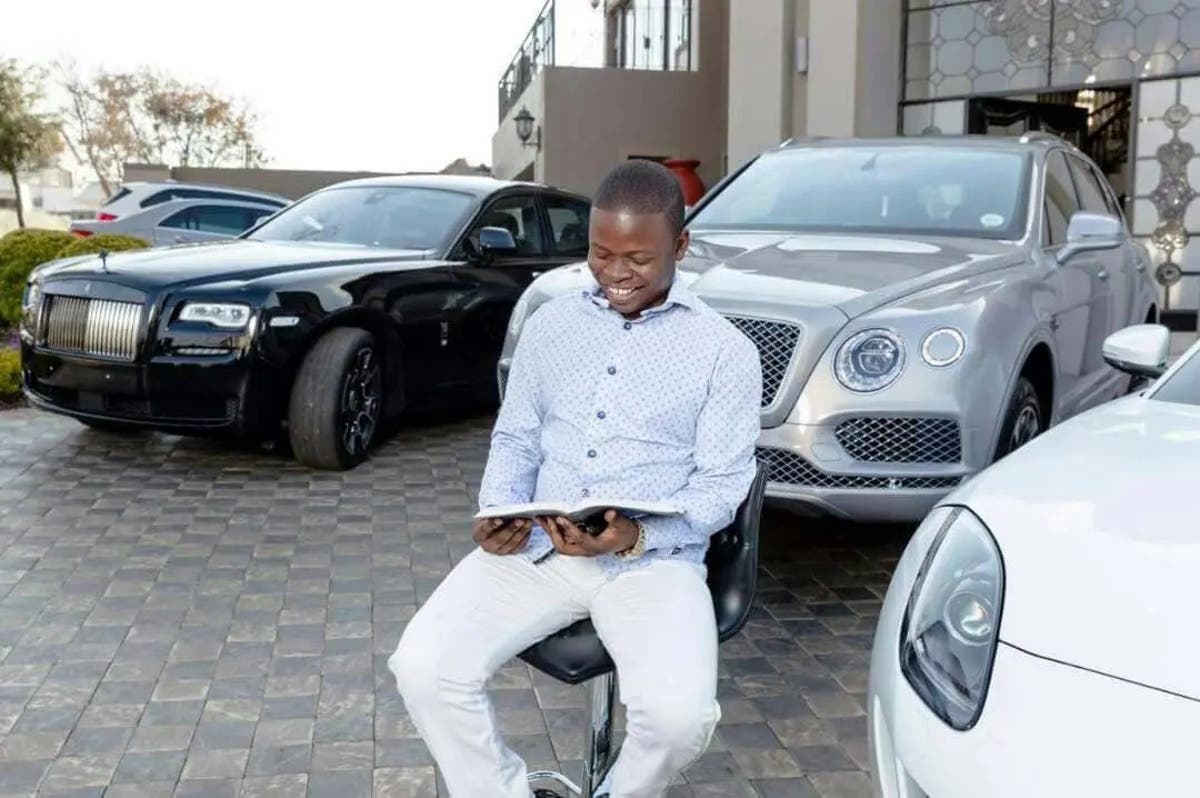 The story of the Bushiri's great escape from South Africa still features in public discourse, now in scenes feat for a James Bond classic Bushiri's escape coincided with a visit to Pretoria by Malawi President. Christian of South Africa will not encourage the Bushiri to return to the country and just like they did with Prophet Omotoso, subjecting him to four years of a trial in custody without a sound indictment the party has lost confidence in the judiciary and we have reached a sorry state as a country. 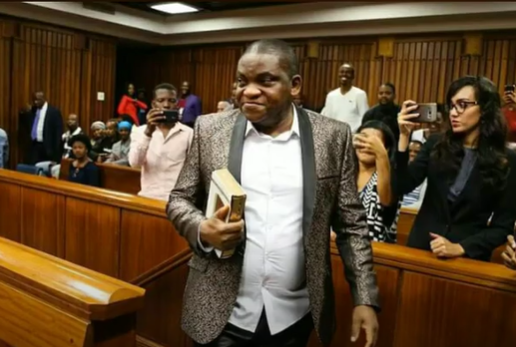 Before Bushiri scape from South Africa, he had many expensive and very huge properties like expensive cars and beautiful house, now the law is taking everything from him.

Some cars there are allegedly 10 cars belonging to Bushiri, and all cars are very car, with a very huge value and with different brands for each type of cars, such as Mercedes, BMW and Roll Royce.

Take a look to see the video below: 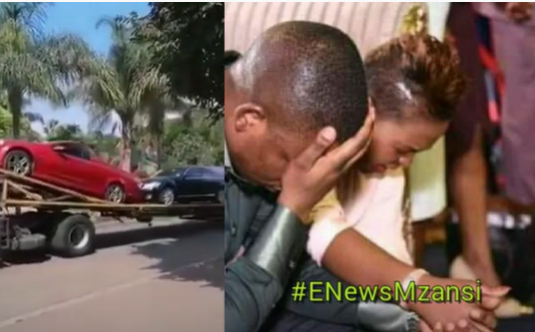 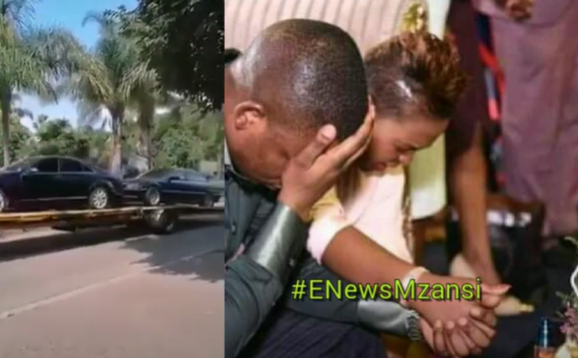 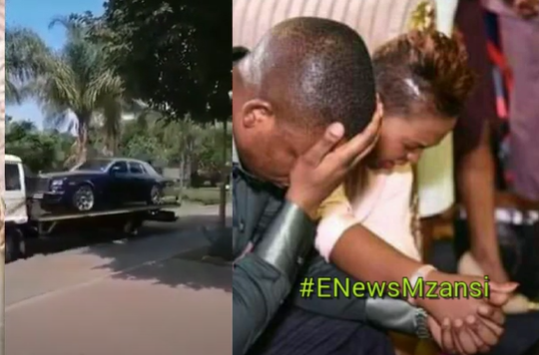 "She's A devil they's no such thing as sangoma", Man calls out young lady after she shared her photo

Six learners perished when the bakkie they hitchhiked lost control and crushed a house.

Pastor Prevented Lady From Marrying The man She Wanted, Two Years Later, This Secret Got Exposed

If You Don't Do This In Your Church Don't Invite Me

South Africans, Before you Say Zimbabweans Must go Back Please First Have a Look at This - OPINION

R.I.P. As Gymnist Learner Dies From An Accident.