By ApexA (self media writer) | 5 days ago

The issue of the Phoenix poster of the DA has really caused tentions not only in the communities around Phoenix but also with political parties. The DA was highly criticized for the poster and even after they took it down and apologized, it seems like that did not work as many believed that the apology was not genuine. 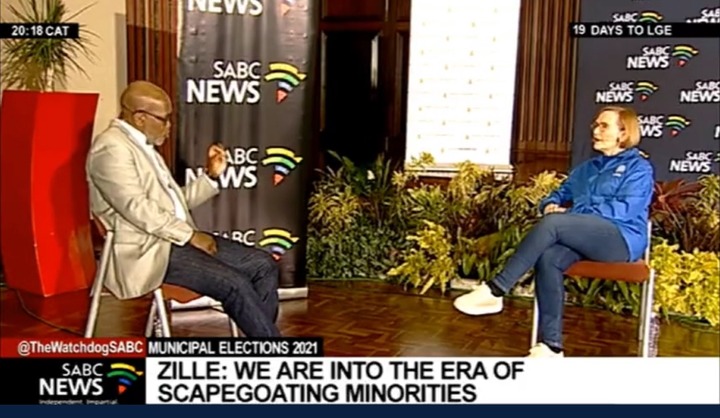 We know that John Steenhuisen the leader of the DA has been in support of the poster reitarating that those people in Phoenix are the heroes and should be celebrated. Some of the DA members seems to think that people did not understand the messaging of the poster and hence the outrage. They took it the wrong way. It is very important that you put in the right wording to ensure that people don't misinterpret you.

Hellen Zille has also come out in defence of the poster and he is also defending John Steenhuisen while blaming the ANC at the same time. She says that her party will always represent the minority of this country as long as the ANC is not willing to do so.

Helen Zille was asked whether he condone the Phoenix poster or he reject it and her answer started with the ANC. She said that she rejects the ANC bringing down local authorities and media focuses on taking down the poster. If there is anyone who thinks that the DA will stop speaking for targeted minority, they have another thing coming. 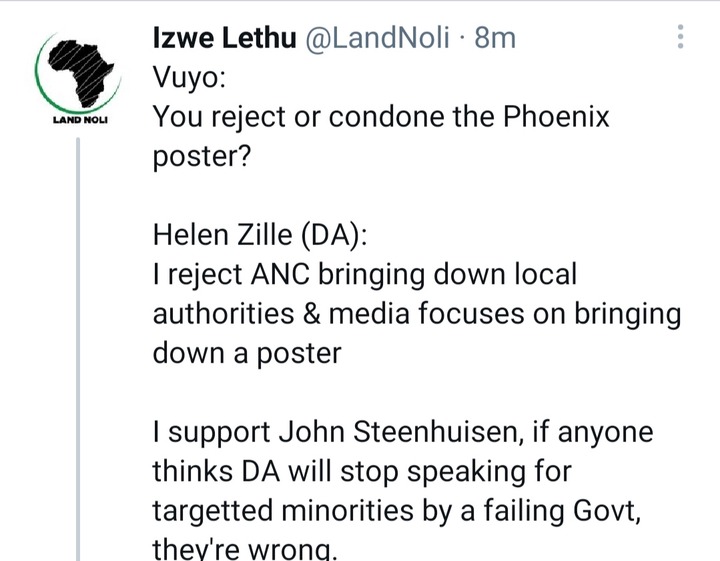 She further stated that "The DA will continue to stand up for everybody, every individual, every single individual in South Africa and their rights to be protected by a capable accountable State"

It is very sad that Helen Zille would say such statement after we saw what happened. Some of the people around Phoenix were killed without doing anything or posing any danger to the community of Phoenix and the DA does not in any statement, seems to care about those people, but she has the courage to say that the DA stand up for every single individual in the country.