Terrible News From Mboweni This Morning 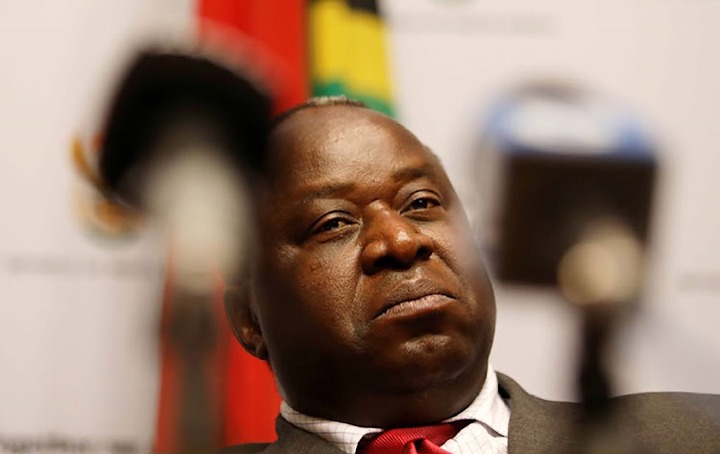 Ex Finance minister Tito Mboweni has rubbished isolating the Western Cape from the remainder of SA.

The resigned serve said the proposition will just further gap the nation, saying SA is a "joined nation and not a government state".

Mboweni approached the DA to "obviously articulate themselves" on the possibility of Cape Independence.

"We need to politically manage this Cape Independence bunch rapidly. The DA should unmistakably articulate themselves on this," said Mboweni.

"Stop it from the beginning. We are one joined country, not a government state."

We need to politically manage this Cape Independence bunch rapidly. The DA should unmistakably articulate themselves on this. Stop it from the beginning. We are one United country. Not a Federal State.

Steenhuisen said individuals should zero in on different things, such as policing, tax collection and water and power arrangements, rather than attempting to split the region away from the remainder of the country.

"We think battling for [Cape] freedom is a hopeless cause. What we ought to do is zeroing in on battling for additional forces [at a nearby level] for policing, transport, financial turn of events, tax assessment, neighborhood government, water and power."

The mission to isolate the Western Cape from SA acquired energy recently when a non-political development called CapeXit tried to make the area an autonomous country.

The development is trying to get the help of 1.6 million individuals to demand a mandate on whether the Western Cape ought to be isolated from SA.

The gathering's representative Phil Craig said CIAG chose after "conference with its autonomy accomplices CapeXit, the Cape Independence Party, and the Freedom Front Plus, and following the choice by the DA and AfriForum, to seek after independence for the Western Cape.

"From political race results distributed by the Electoral Commission we know beyond a shadow of a doubt that most Western Cape citizens have never had the public government they decided in favor of. They can't communicate their serious disappointment with the bearing SA has taken through typical decisions. You can't unelect an administration you never chose in any case.

"The constitution explicitly furnishes an instrument to talk with the Western Cape individuals on exactly the present circumstance, a common mandate called by the head and not by the president. This is majority rules system in real life."