The Economic Freedom Fighters (EFF) has asked its civic chairman in Metsimaholo Local Municipality in the Free State to leave with prompt impact, EFF pioneer Julius Malema affirmed on Thursday.

Tending to the media in Johannesburg, Malema said they mentioned their civic chairman choose, councilor Selloane Motjoane, to venture down from the post on the grounds that the ANC decided in favor of her.

"We don't cast a ballot with the ANC in any event, when the ANC votes in favor of us, we ought not acknowledge that," the EFF pioneer said.

Motjoane, who is the EFF's local secretary in the Fezile Dabi District, was on Monday chosen the leader civic chairman of the pained region in Sasolburg during its debut gathering setting.

Something like 24 seats were needed for the Red Berets to assume responsibility for Metsimaholo after the ANC won 16 of the 46 gathering seats. Both the Democratic Alliance (DA) and the EFF won 12 seats each.

'We don't have a civic chairman'

Malema said Motjoane agreed to the EFF's call to venture down in light of the fact that ANC councilors had evidently set expectations for her, which purportedly included submitting defilement.

"Currently after the races ANC individuals are requesting sure unlawful things from her," he said.

Motjoane stays the EFF's mayoral applicant in Metsimaholo and the party will convince the DA to decide in favor of her bid, Malema said.

"Assuming they would rather not, we will cast a ballot with them and give them that region as long as its not in the possession of the ANC," he said.

"So our city hall leader, as I talk, she has surrendered with quick impact from Metsimaholo [and] we don't have a chairman."

Malema said the EFF had no hesitations with the appointment of its councilor as the speaker of the Mamusa Local Municipality in the North West territory.

ANC councilors in the region situated in Schweizer-Reneke conflicted with the partisan loyalty and casted a ballot on the side of EFF councilor, Olebeng Mogorosi, for the position – despite the fact that the party had an out and out greater part to oversee. 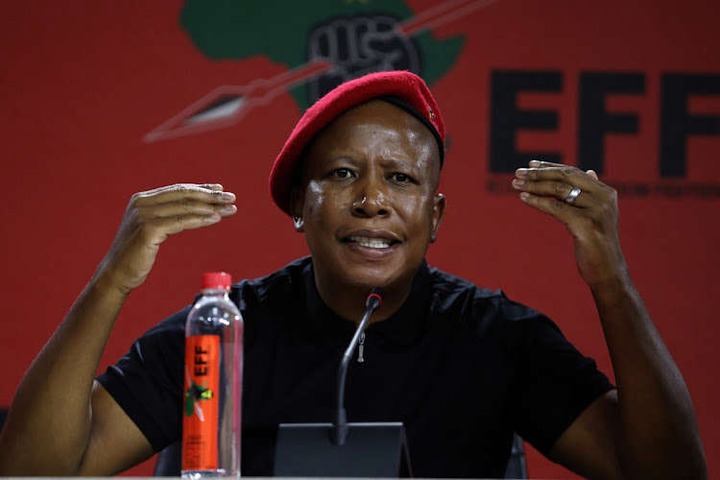 "That speaker was chosen by a group in the ANC. In this way, that thing upset the ANC and it works for us. That one we acknowledge it," Malema said.

The ANC's break commonplace panel (IPC) has dispatched an examination concerning the lead of its councilors in the region.

IPC facilitator Hlomani Chauke censured the episode, saying it was a demonstration of traitorousness and double-crossing.