By Moroongwa (self media writer) | 19 days ago

Suspension of a staunch supporter of Magashule faction haunts the entire faction. 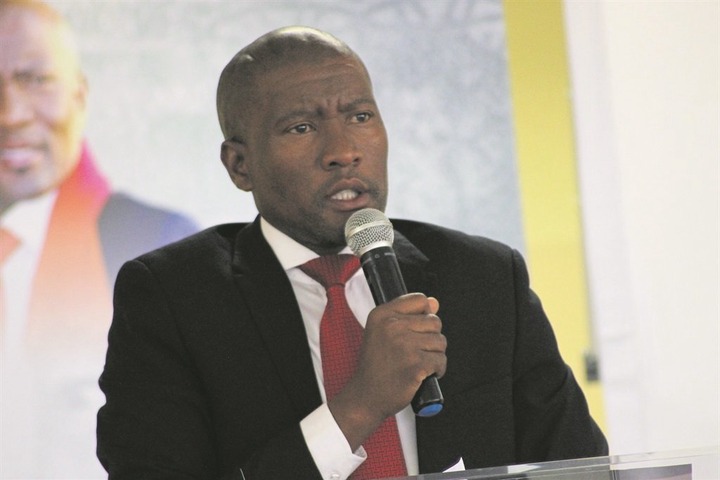 An unwise move to suspend Vusi Tshabalala will make the ruling party lose the municipality. Things turn sour and very disturbing. In the birthplace of the oldest African liberation with 22 days left before municipal polls. A persistent effort rallied against the destruction of the once idolized Ace Magashule, the legislature whip has been shown the exit.

Vusi Tshabalala seen on various occasions with the Zuma faction, and number one and most trusted supporter of Magashule received a suspension letter today. The embattled chief executive of the oldest party at its headquarters, his support is dwindling and shrinking to its core.

The controversial chief whip of the Free State legislature is once accused of messing up Maluti A Phofung. Vusi Tshabalala received his suspension letter already tipped by one of the government leader’s cronies. The person told him that he must be a man and that he must go. 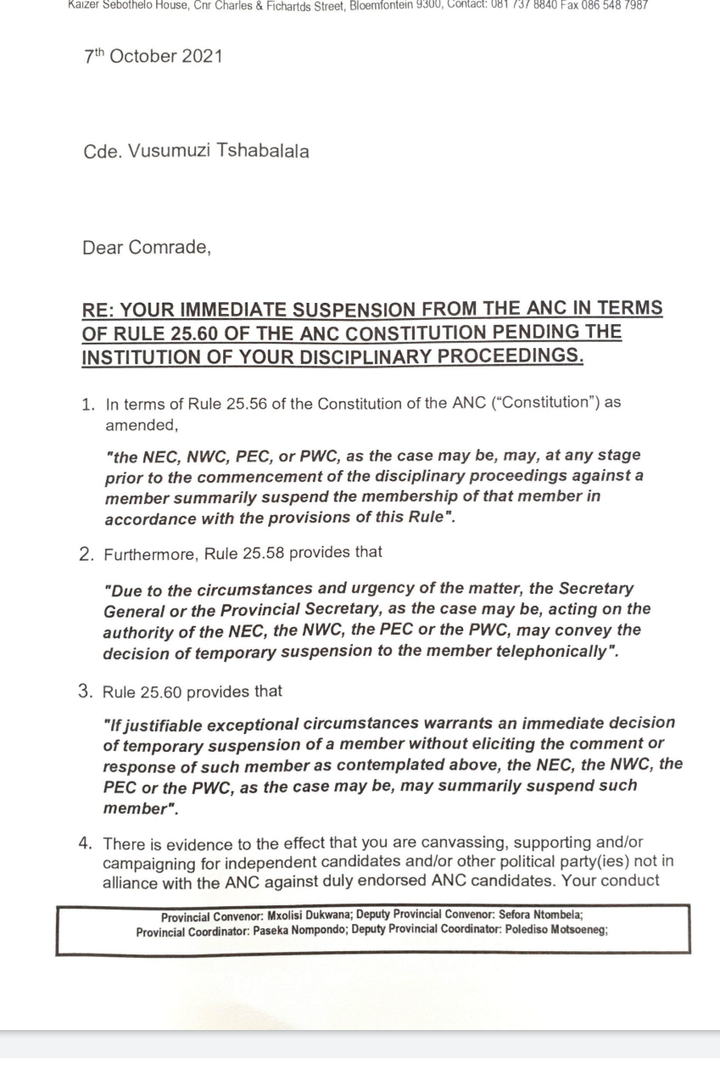 In a letter circulating in the social media he accused of canvassing for persons or parties not in alliance with the ruling party. A frustrated Vusi apparently has accepted the suspension and a hearing to get him to task. This unwise move is to make matters worse in Qwaqwa, badly affecting the current worrying performance of the ruling party to retain the municipality.