Phumzile Mlambo-Ngcuka (Zulu born 3 November 1955) is a South African politician and former United Nations official, who served as the Executive Director of UN Women with the rank of Under-Secretary-General of the United Nations. 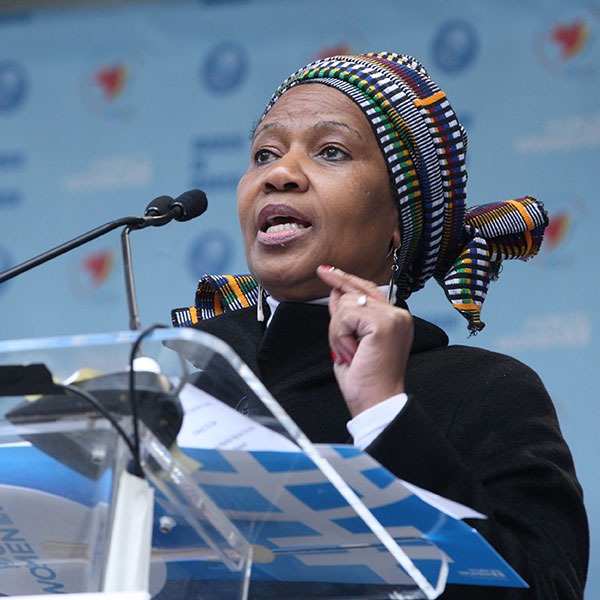 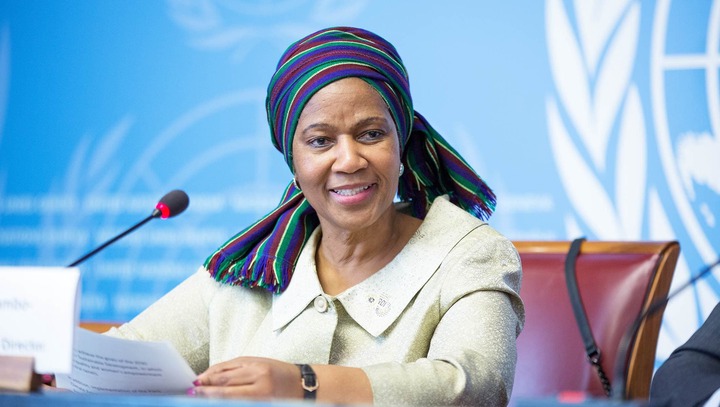 Congress of the People 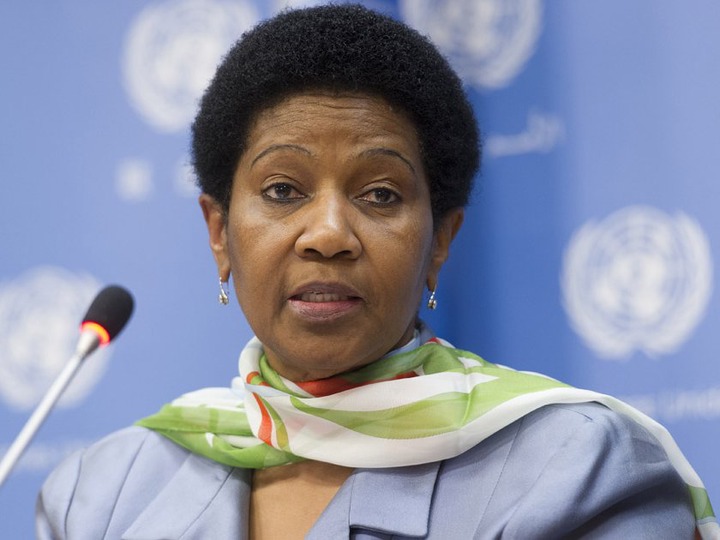 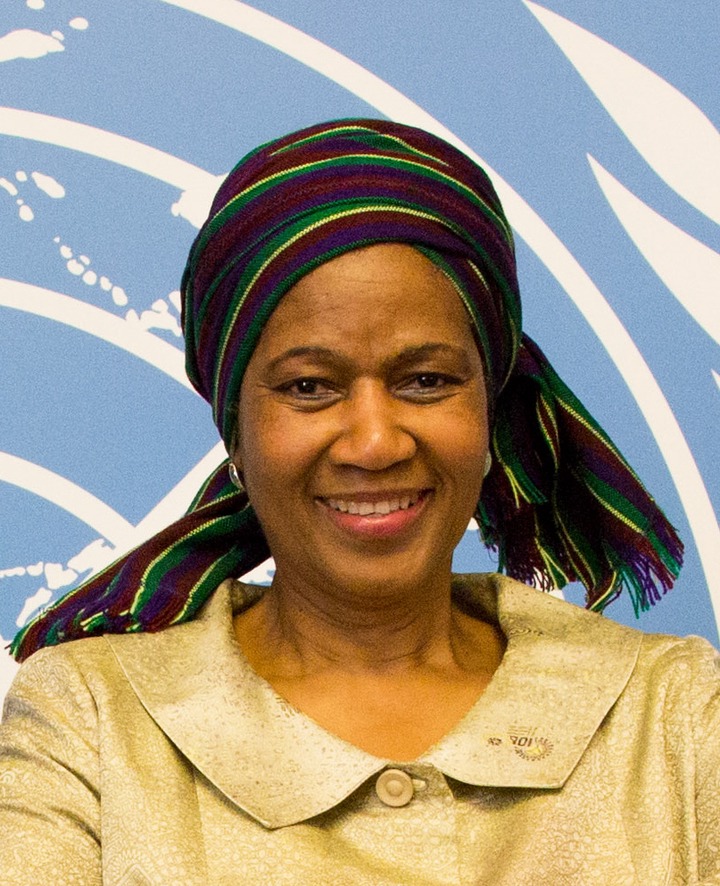 From 1981 to 1983 Mlambo-Ngcuka taught in KwaZulu-Natal, after which she moved to Geneva to work with the World Young Women's Christian Association (YWCA) from 1984 to 1989 as the organisation's Youth Director, where she advocated for job creation for young people within the UN system and promoted development education in Africa, Asia and the Middle East. Mlambo-Ngcuka was the first president of the Natal Organisation of Women.During this time she also founded and directed the Young Women's International Programme.

From 1987 to 1989 Mlambo-Ngcuka was director of TEAM, a developmental Non-Government Organisation (NGO) in Cape Town, as well as being involved with squatter women and African independent churches to promote economic self-reliance and running skills training programmes.From 1990 to 1992 she was director of World University Service, a funding agency, as well as being involved in the management of funds donated to development organisations by Swedish and Swiss government development agencies. She started and managed her own management consulting company, Phumelela Services, during 1993 and 1994.

In 1994 Mlambo-Ngcuka became a Member of Parliament, chairing the Public Service Portfolio Committee. She was deputy minister in the Department of Trade and Industry (DTI) from 1996 until 1999, during which time she also was a founding member of the Guguletu Community Development Corporation. From 1997 she served as member of the national executive committee of the African National Congress (ANC), as well as being the provincial vice-chairperson of the ANC Western Cape.

Mlambo-Ngcuka was Minister of Minerals and Energy from June 1999 to June 2005. During this time she was a driving force behind the government's policy of creating New Order Mining Rights which ended a period where big mining firms which controlled nearly all South Africa's minerals reserves, were able to hold mining rights to them in perpetuity. Mlambo-Ngucka's policy of 'use it or lose it' created a situation where mining rights became available to a much broader segment of the population including many previously disadvantaged black people. She served as acting Minister of Arts, Culture, Science and Technology from February 2004 to April 2004.

She led the Southern African Development Community mission to observe the 2005 Zimbabwe parliamentary election, which congratulated "the people of Zimbabwe for holding a peaceful, credible and well-mannered election which reflects the will of the people.

On 22 June 2005, President Thabo Mbeki appointed her as deputy president of South Africa, after he relieved Jacob Zuma of the post the week before. Mlambo-Ngcuka's husband, Bulelani Ngcuka, was head of South Africa's National Directorate of Public Prosecutions at the time and charged with fighting organised crime. It was the NDPP which had determined that criminal charges should be brought against Zuma. It is Zuma's position that the charges against him are politically motivated. Soon after her appointment she was booed by Zuma supporters at a rally in KwaZulu-Natal, an incident that was not covered by the public broadcaster, the SABC, which led to accusations of bias.In August 2005, commenting on the slow pace of the Willing Buyer Willing Seller land reform program in South Africa, she stated that South Africa could learn about land reform from Zimbabwe. This comment caused alarm and was condemned by the parliamentary opposition.

In December 2007, she lost her position on the ANC's National Executive Committee after party delegates elected a pro-Zuma slate.

President Mbeki resigned in September 2008 after the National Executive Committee, objecting to Mbeki's alleged role in Jacob Zuma's prosecution for criminal activities, decided to recall him. On 23 September, in the wake of this, most of the South African cabinet resigned, Mlambo-Ngcuka among them.

Mlambo-Ngcuka joined COPE in late February, 2009 and immediately rejoined the ANC later where she immensely participated in the life of it.

Under Mlambo-Ngcuka's leadership, UN Women worked with Publicis and Ogilvy on launching the HeForShe campaign. In November 2017 Mlambo-Ngcuka welcomed the Elsie Initiative to help increase women's participation in peacekeeping operations in a joint statement with fellow UN Under-Secretary-General Pramila Patten.

In addition to her role at UN Women, Mlambo-Ngcuka also served a two-year term as member of the World Bank Group's (WBG) Advisory Council on Gender and Development from 2015 until 2017. In November 2018, United Nations Secretary General António Guterres appointed her to the United Nations' Task Force on Digital Financing of Sustainable Development Goals, co-chaired by Maria Ramos and Achim Steiner.

Mlambo-Ngcuka completes post as a Secretary-General and Executive Director of UN Women, on 19 August 2021 after serving two successful terms

During Mlambo-Ngcuka's tenure as Minister of Minerals and Energy the parastatal company PetroSA made an advance payment of ZAR15 million (approx. $1.5 million) to a private company Imvume, which in turn made a ZAR11 million donation to the ANC ahead of the 2004 elections. It is alleged that Imvume has close links to the ANC. These events have been dubbed the "Oilgate" scandal by South African media.

Although there was never any evidence that Mlambo-Ngcuka was involved in any way media reports cast suspicion her way. In order to clear her name Mlambo-Ngcuka asked South Africa's Public Protector to investigate the issue. The subsequent report cleared her completely. Because Mlambo-Ngcuka's brother Bonga Mlambo was involved with Imvume on a planned hotel project at the time, he was at first alleged to have been involved in Imvume's oil business. These allegations also proved to be groundless.

Mlambo-Ngcuka faced another controversy during the South African political scandals in January 2006 when it emerged that she went with her family and a friend Thuthukile Mazibuko-Skweyiya in December 2005, on a taxpayer-funded holiday at the cost of ZAR4 million to the United Arab Emirates. This was dubbed the Gravy Plane scandal by the South African media, and came at a sensitive time, as the ANC was preparing to fight local government elections. Once again Mlambo-Ngcuka asked the Public Protector to investigate and once again she was cleared of any wrongdoing. The public protector found that the South African security services had decided that because of security reasons a government plane be used for the journey and that Mlambo-Ngcuka had no role in influencing this decision.

Mlambo-Ngcuka is married to the former head of the National Prosecuting Authority, Bulelani Ngcuka. They have five children, four of whom were adopted. 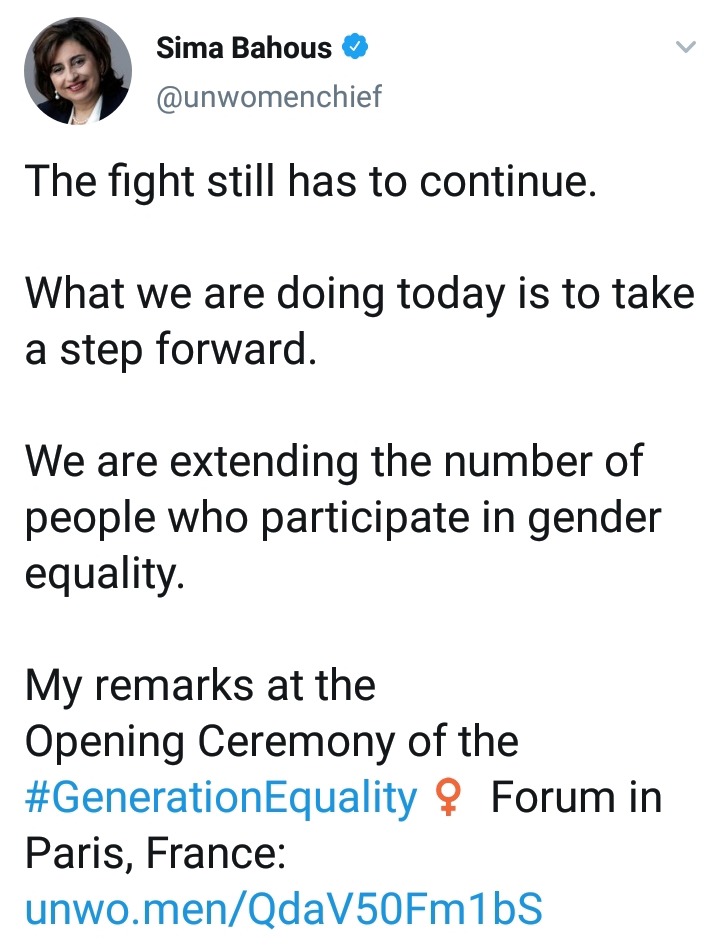 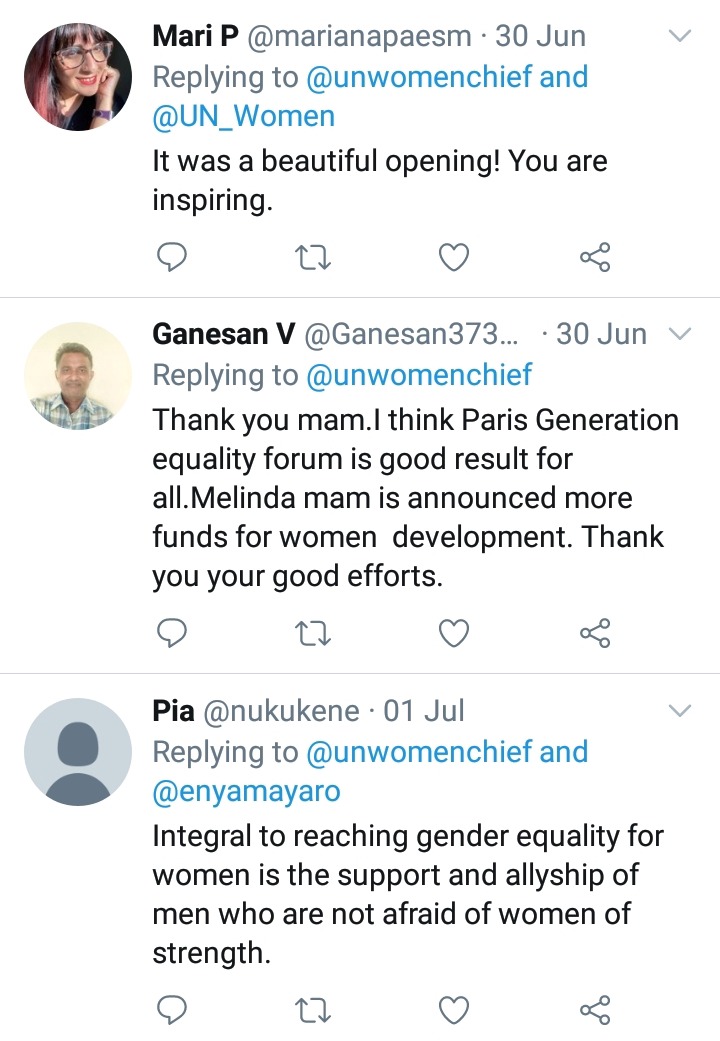 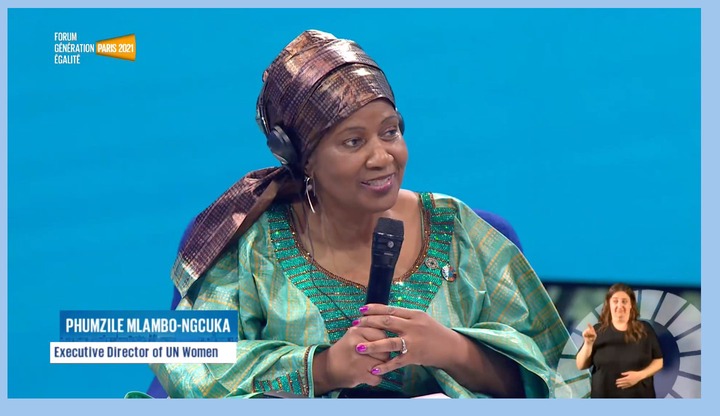 The fact approximately this beer, that many South Africans do now no longer understand. Opinion.