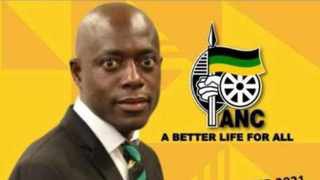 Minenhle Mkhize, ANC eThekwini ward 103 councillor, was shot and killed outside his home on Saturday evening.

In last year's local government elections, he was elected as a councillor for ward 103. Botha's Hill, Assagay, and KwaSondela are part of the ward.

Mkhize, 39, was allegedly gunned down in his car as he returned home from a football match in the region in the early evening.

Colonel Thembeka Mbele, a spokeswoman for the KwaZulu-Natal police, confirmed the councillor's death.

"A 39-year-old man was murdered near Mthombomuhle Primary School in Cliffdale, Hammarsdale, at around half-past-seven in the evening. When he got home, he was coming from unit 6, where he had played soccer. He was still driving his white Toyota Hilux, which had a Gauteng registration number.

The vehicle was taken to the police pound for further investigations, and seven cartridges were found at the scene,” said Mbele.

eThekwini Municipality speaker, Thabani Nyawose, who led members of the Executive Committee to Mkhize’s home in Hammarsdale, said the party had lost a dedicated and diligent councillor.

“Being a councillor is now becoming a dangerous job as they are constantly under siege. The municipality has lost one of its dedicated, young and hard-working councillors. His passing is a blow to the community of ward 103,” said Nyawose.

Nyawose expressed his heartfelt sympathies to the Mkhize family, his organization, the African National Congress, and the entire community of Ward 103 on behalf of the people of eThekwini.

Mkhize's death, according to Thulisa Ndlela of the ANCYL in eThekwini, came as a shock to the youth league because he had only recently begun his journey as a councillor.

"Ward 103's Comrade Minenhle Mkhize was a loyal servant of the people. He had been chosen as a ward councillor in honor of his community service as a member of the Congress Youth League and the African National Congress. His assassination has taken away a humble servant from the people of Ward 103 and the eThekwini Municipality, just three months into a five-year mandate.