By SpheNews (self media writer) | 6 months ago 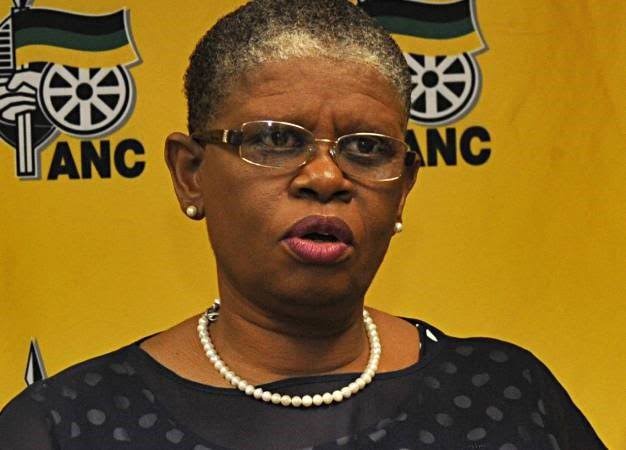 Former Ethekwini municipality mayor Zandile Gumede who is now the member of the Legislature has been expected that she will step aside as she is having corruption charges over her.

Gumede is still going in court over the corruption trial and people have expected that she will also step aside from her position after the the new rule by the ANC. This rule is that any member of the party who has criminal charges should step aside until cleared by the court and some ANC members have done so including Kwa Zulu Natal deputy chairperson, Mike Mabuyakhulu.

There have been reports going around from unreliable news sources stating that Gumede has agreed to step aside. However, she spoke on Tuesday and denied those reports. Gumede stated that it is not true that she will be stepping aside, infact she does not know anything about that. She reiterated that she is still holding on her position and has not received any letter from the ANC instructing her to step aside.

Gumede, is known as one of the people with strong followers in Kwa Zulu Natal especially in Ethekwini region which is considered as one of the largest regions in South Africa. Her stepping aside will cost the ANC a lot as there are local elections coming up on October 27 this year.

Zandile stepping aside, means that the ANC stand to lose lot of voters who are her fans and that will be the biggest mistake they can have. It will be remembered that the Provincial Executive Committee in KZN suspended and dismissed her from the position of being Ethekwini municipality mayor and chairperson after her case started.

Zandile was replaced by former Transport MEC, Mxolisi Kaunda in 2019 as the Executive Mayor. In 2020 she was appointed to serve in the legislature. Opposition parties slammed ANC for appointing her to such position while she has a pending case and ANC decided to withdraw her appointment temporarily while she was still recieving full salary.

She was reinstated to her position in the legislature later on 2020 despite her case still in court. Last month, during her birthday, she said that she wishes ANC to be united.

It is still unclear what will happen to her as she is firm that she won't step aside like the ANC general secretary Ace Magashule.

Embattled former eThekwini mayor Zandile Gumede says she knows nothing about agreeing to step aside in line with the ANC NEC resolution for members charged with serious crimes.