The politics of South Africa are in shambles. The people of South Africa are tired of the ANC and want to remove them as the ruling party in 2024. The ANC is blamed for the high unemployment, the high rate of crime, poverty and inequality in the country. South Africans say that the ANC has done nothing for the masses. This, however, leads to people questioning who will be their next President and leader. Some know who they want as their President, but there's one guy that they do not want as their President. 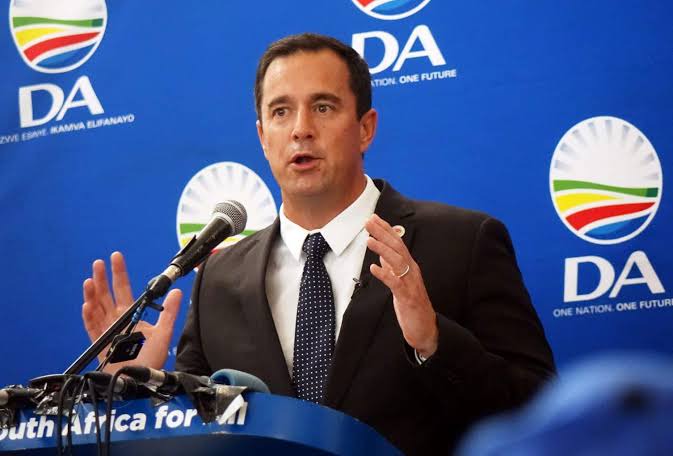 John Steenhuisen, party leader of the Democratic Alliance, is the one guy that South Africans do not want to give a chance to lead them. This can easily be seen on a Twitter post by a young man called @GodfreySkhonile. Godfrey tweeted on his account and advised people to give John Steenhuisen a chance to lead South Africans by voting for him and his party in 2024. While others agreed, the majority of the people who responded to the tweet disagreed with Godfrey. Godfrey said " Guys, let's give John Steenhuisen a chance in 2024".

People replied there and said why they would not vote for Steenhuisen. Some people also resorted to insulting Godfrey. Some people said that they would never let a white person rule them ever again.

" We will never hand over our hard-earned democracy back to Verwoed clan".

" No bra!!DA hate black people. They are only interested in their votes".

You want to see DA in action,go to CT, great City until you see who works there. Bars,hotels, tour guides,mostly foreigners.Judging by the skill level,most are illegal in SA.DA protects them,calls CT a diverse city.What happened to South Africans? Did they all just disappear into the sea?".

John Steenhuisen and the DA are clearly the least liked. However, disliking them because of the colour of their skin is racism. Racism is what has been holding people back. If races in South Africa won't unite to work together, then we might as well consider ourselves doomed. In my opinion, the ANC will remain in power if people want to vote for parties because of skin colour.