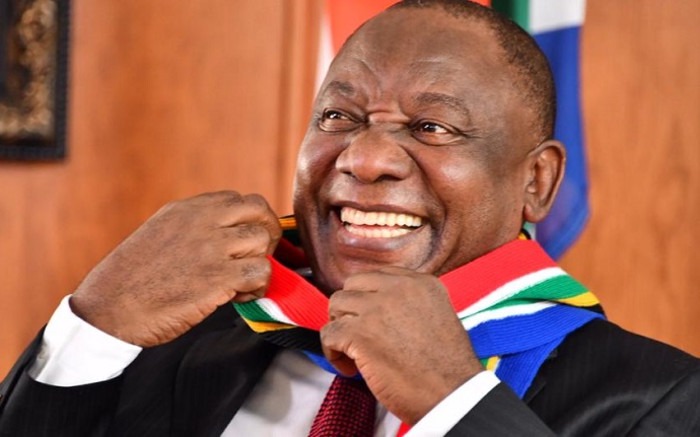 Cyril Ramaphosa is a South African politician. He is the fifth and current President of South Africa, having been elected by the National Assembly on February 15, 2018, after Jacob Zuma's resignation. Ramaphosa, Motsepe's brother-in-law, disposed off several of his business holdings when he became the ANC's deputy president. He is estimated to be worth $450 million dollars. 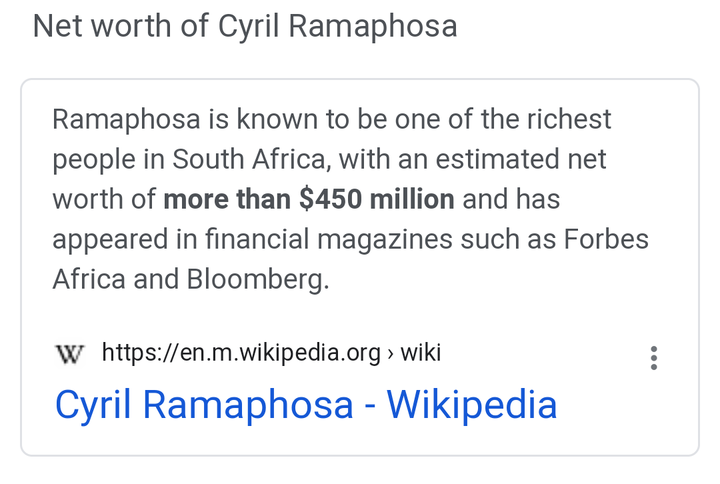 (Cyril Ramaphosa Salary) — Per Year | Per Month | Per Day. 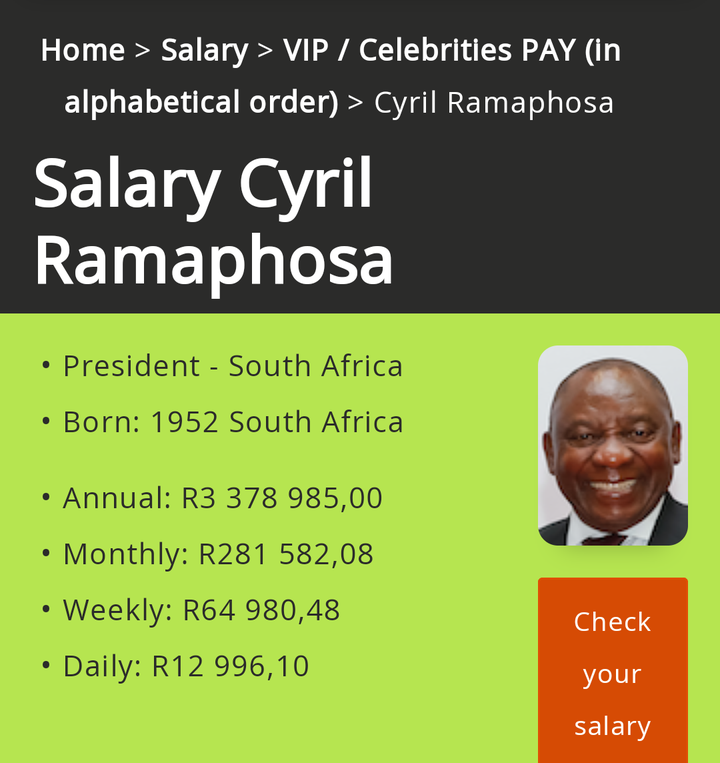 His aspirations of replacing Mandela were shattered in 1999 when he failed to gain the candidacy of the ruling African National Congress (ANC).

True to his pragmatic nature, Ramaphosa bowed out of politics and pursued a career in business.

He owned shares in local McDonald's and Coca-Cola plants, and he profited handsomely from deals that required investors to work with non-white owners.

He is a member of the Kagiso Shanduka Trust's Advisory Board, which is working on a school development program with the Free State Department of Education.

While growing up in Soweto in the 1960s and 1970s, Ramaphosa became interested in student politics, joining the South African Students Organisation and the Black People's Convention. As a result, he was imprisoned twice under the Terrorism Act, the first for 11 months in solitary confinement and the second for six months.

While in captivity, Ramaphosa got his law degree from the University of South Africa via correspondence. He completed his articles with a Johannesburg law firm after his release before joining the Council of Unions of South Africa (Cusa) as a legal advisor.

MALUSI GIGABA EXPOSED? This was revealed when Gigaba was celebrating the graduation of his daughter

Year of bullying end in tears for a teen