Julius Malema is correct; Mbeki and Zuma owe us an explanation as to how Cyril Ramaphosa became South African president in 1991. He was unknown to his companions. Malema should demand that Gayton show him how to lead a party. He continually criticizes ANC and Cyril instead than ensuring that his party is producing. 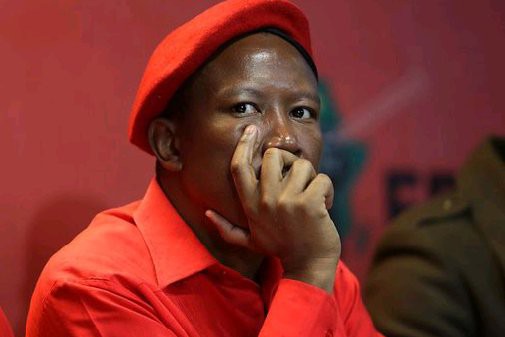 You refer to a celebration with a small number of guests. Malema was 10 years old in 1991; how could he know that Cyril was dark if he was a member of what organization? Does his demeanor take noise into account? It is an undeniable fact that Zuma and Ramaphosa clashed on that occasion, jiki Ramaphosa emerges as a victor on the gathering, maybe Zuma who emerged in the top 6 by then, who is a respectable tea mate and definitely in that conversation, but TM owes nothing to Zuma in any way, shape, or form.

Why is Malema the leader of the EFF beginning in 2013? Why is there no hierarchy of power? Permit me to assist you with that; EFF is his endeavor, and Floyd is his sidekick. As @EFFSouthAfrica members and allies do not object to this, you should not criticize other philosophical gatherings. Julius will lead EFF until the return of Jesus on Earth. You contend that, all things considered, only ANC members should criticize the supervisory party?

You fans continue like Julius is a supportive trailblazer, comparable to Moses, who will guide you to Canaan. Floyd, in contrast to the vast majority of you church mice, wears the most recent Gucci suits. He claims to be a socialist but lives a life of business. Using your reasoning, you cannot label us as competitors because you, and not any of us, are curious as to whether you are receiving anything from Malemas' farm's awards as his fans. In light of the fact that Malema has never worked in his life, yet guarantees a farm, and resides in high-walled subs while his allies compete for jobs with his African relatives, Julius was not present in 1991, but rather others were.

CR was essential to the nonconformist scene in South Africa while Zuma was participating in improper snares in the expansion and Mbeki was fostering his mind in Europe. You need not be concerned about these plans to describe CR as a shocking President. Similarly, he should determine how he became ANCYL president. People didn't know him taking everything into account.

Cyril Ramaphosa was furthermore significant for Cosatu assignment in 1985 that met with the ANC task drove by O.R Tambo outside the lines of SA while they were in Exile. They moreover had different social occasions with the UDF and some who were picked in the NEC of 1991 were people from UDF.