ANC sturdy Fikile Mbalula didn't have the foggiest idea where to stow away after he made the outright botch of advising individuals to cast a ballot EFF! 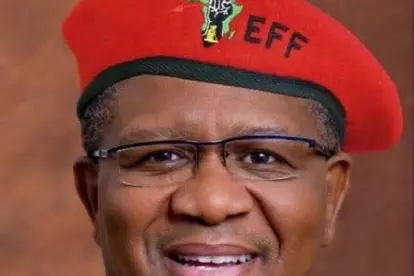 EFF leader and Mzansi had a field day to the detriment of ANC crusade pioneer Fikile Mbalula after he erroneously stated "Vote EFF" on Twitter. The parody show was sufficient to make Mbalula the 2021 decisions joke of the end of the week.

The humiliating moemish was uncovered by the EFF's Floyd Shivambu who apparently took a screen capture of Mbalula's tweet to repost the bloop.

Directly in the center of a Sunday evening effort, the poor Mbalula tweeted "The President is presently in Ward 26 tending to the local area in Turfloop. ANC in Polokwane. VOTE EFF BUILDING BETTER COMMUNITIES."

Shivambu, who couldn't accept the obvious reality, quickly recognized the bungle while Mbalula was scrambling to erase it. He said Mbalula can scarcely conceal his 'goals.'

"This is as of now not a misstep:- it's a clarion call that all individuals of South Africa must #VoteEFF! #LandAndJobsManje! Namhlanje!" Shivambu said prior to sending the red party's online media supporters into bliss.

Contender Mbalula can't conceal his actual expectations now. This is as of now not a misstep:- it's a clarion call that all individuals of South Africa must #VoteEFF! #LandAndJobsManje! Namhlanje! pic.twitter.com/hz3ddyjEN5

The tweet was additionally snatched by EFF MP Mbuyiseni Ndlozi who said "The ANC head of decisions Fikile Mbalula has approached all South Africans to #VoteEFF," said Ndlozi.

The questionable girl of previous president Jacob Zum, Duduzile Zuma-Sambundla, didn't allow the dramatization to pass, she showed up to say:

"Could it be that my old buddy Mbalula is batting for some unacceptable group? I think the EFF guaranteed him a position or something," she composed.

The reddening Minister of Roads and Transport later did what he could do by telling Shivambu the tweet was an autocorrect botch.

"Hold it Mr Shivambu, one moment. That Twitter hashtag [is an] autocorrect. I need you to #VoteANC," Mbalula said.