President Cyril Ramaphosa says, despite the "catastrophic" year he has faced in dealing with the impact of Covid-19 and a shrinking economy, he is still "upstanding and ready for the next fight". He said his next fight was getting the state to work optimally, and strengthening the government. He was speaking to journalists on Goree Island off the coast of Senegal at the culmination of his week-long trip to West Africa where he visited Nigeria, Côte d’Ivoire, Ghana and Senegal.

The president’s visit was aimed at bolstering relations, stimulating trade and garnering support amid the fight against travel bans imposed on South Africa following the announcing of the omicron variant of Covid-19.

He met with his counterparts in each country, signed agreements, and addressed business forums in an effort to ramp up intra-Africa trade. 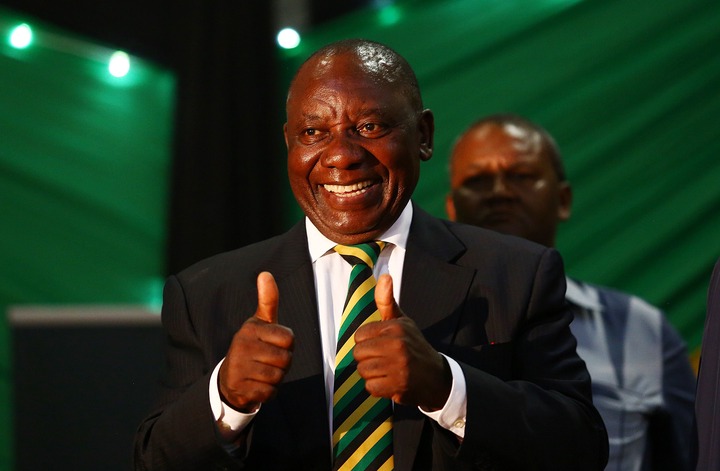 "2021 has been a very challenging and difficult year. Covid-19 has been a huge challenge to all of us in the way it has gone up and down, giving us respite and thereafter the infection rate has gone up. In the course of 2021 we had an election campaign that was quite draining. The short time we had to campaign was added to the challenges we faced.

"All in all, having being a challenging year, I am still upstanding and ready for the next fight. For the next challenge. Trying to do the best for the people of the country," Ramaphosa said. The president said that, on his return to the country, he would be focussing on the staggering unemployment rate and coming up with a plan in that regard.

South Africa's unemployment rate reached a record 34.9% for the third quarter - half a percentage point higher than in the second quarter.

"We will, in the State of the Nation Address and as we move on with the budget, be coming up with a number of proposals and strategies to deal with this catastrophe facing our country: an unprecedented level of unemployment that is made worse by Covid-19," Ramaphosa said. 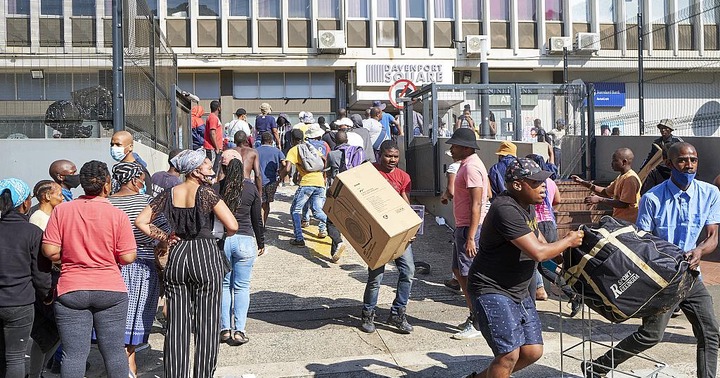 He noted that the situation had been exacerbated by the July unrest, where more than 360 people lost their lives, and which wiped out R50 billion from the country’s GDP. The government had to lay out another R30 billion to help businesses recover.

"All those things have combined to create a catastrophic year- but nonetheless I am still standing and ready for the next round," he said.

Ramaphosa would not say exactly what his government was working on, but noted that there ought to be a hastening of reforms announced - both formal, like the release of spectrum and added electricity supply, as well as informal reforms such as assistance for small and medium enterprises.

He said the Basic Income Grant (BIG) was still under consideration, but would not make a commitment in that regard.

"We are working on a clear plan to address low growth of the economy," he noted. 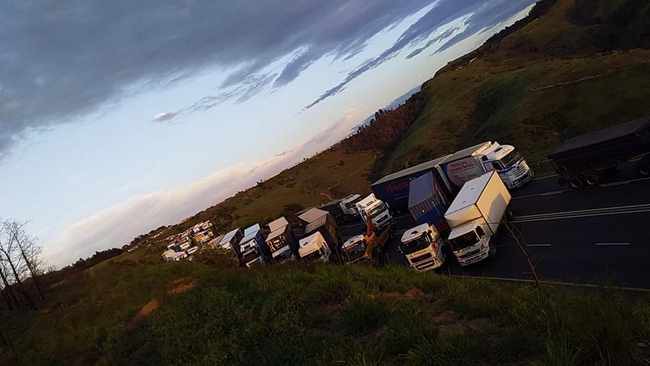 The president further criticised the blockade on the N3 highway in Ladysmith last week, where protesting truck drivers blocked and intimidated other drivers on the major arterial route.

"The blockage of the N3 was completely unacceptable. To go out and commit economic sabotage like that on a major artery of our economy is tantamount as far as i am concerned, economic sabotage. It is an act that we are going to be coming down on heavily," he said.

in Ladysmith Magistrate's Court on Monday. They have been charged with contravention of the Road Traffic Act and will appear again on 13 December for their formal bail application.

Ramaphosa said he was clear that such a situation should not be allowed to happen and that those responsible should face the law.

"It is the number one issue on my agenda when I go back home."

Expired baby medicine discovered in a shop by Gayton McKenzie and his team.