By ApexA (self media writer) | 9 months ago

The irony about this local government elections is that they are the most contested elections but at the same this are the elections with the lowest voter turn out. It is believed that about 40 million South Africans are of voting age and we only had about 26 million registered to vote and only 8 million have voted. These numbers are really concerning. Out of the people that registered to vote, not even half of them had went out to cast their votes. But we do know that there were special votes thta were casted on Saturday and those votes do not make part of the 8 million and they will only be counted manually.

We have parties like ActionSA that is just one year old and it shows that the party is ready to compete with the bigger parties. At some instances it has done well more that the EFF that has been around for about 8 years. 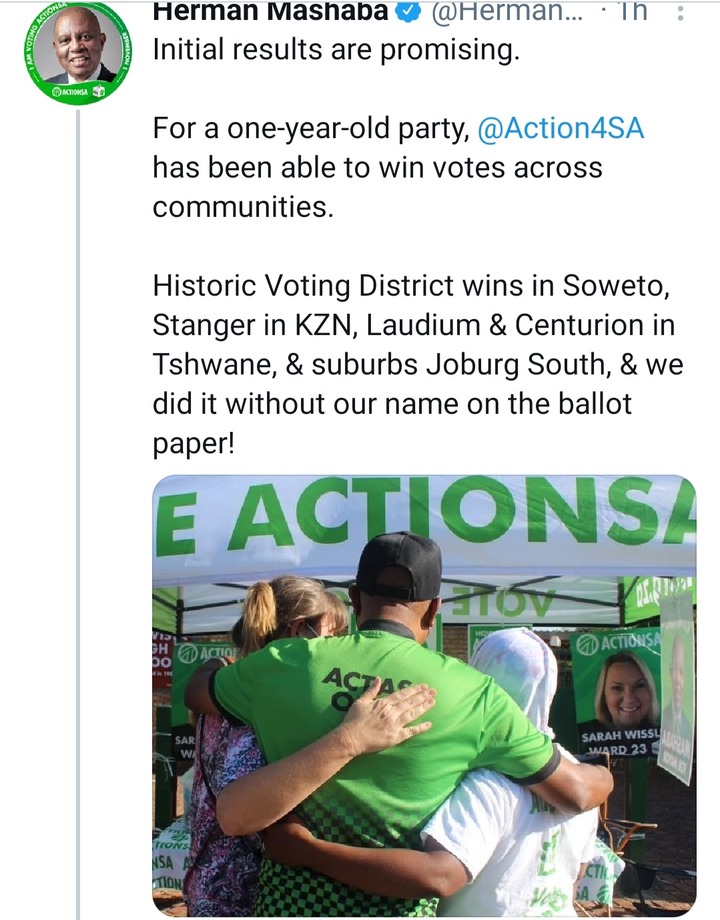 However even though ActionSA is doing so well but it has not yet won any ward. ActionSA has been able to get a Historic Voting District in Soweto, Stanger in KwaZulu-Natal Laudium, Centurion and the Joburg South surbus. This is a big win for the party and after the effort that they put in, they really deserved it. 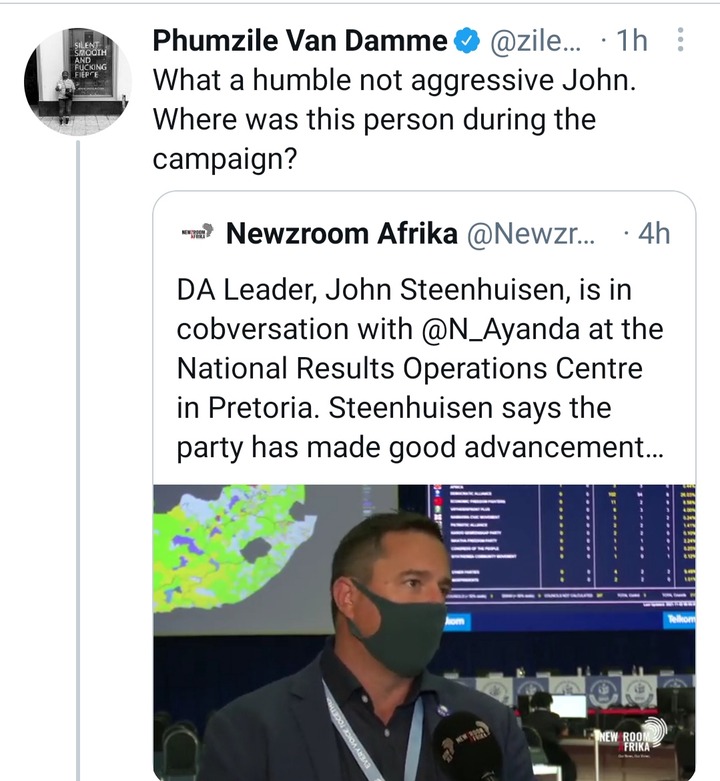 These elections have even humbled the leader of the DA John Steenhuisen. We are now living in reality and this is not the same person we have been seeing during the election campaigns. I can just Remember very early on the day of the Phoenix poster saga. Steenhuisen was telling journalist were to get off.