King Mswati has ordered the sitting of Parliament on Monday to legitimize his Constitutional blunder in the appointment of Cleopas Dlamini as the Prime Minister of eSwatini.

“I give you Cleopas Dlamini as your Prime Minister”,said the King when speaking at Ludzidzini Palace on Friday. 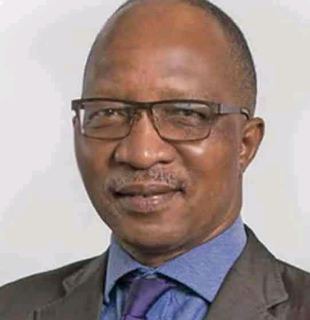 It is highly expected that Prime Minister Senator Cleopas Dlamini will first be re-deployed as an MP before being sworn in, his appointment has been described by legal experts as a complete violation of Section 67(1) of the Constitution that stipulates that a Prime Minister must be appointed from the House.

“The King shall appoint the Prime Minister from among members of the House acting on a recommendation of the King’s Advisory Council”, reads Section 67(1) of the Constitution.

Government Spokesperson Sabelo Dlamini had not responded to our questions at the time of compiling this report.

Reached for comments, human rights lawyer Thulani Maseko confirmed that the appointment of the Prime Minister was in complete violation of the Constitution.

“It is clear that the Constitution was violated here because even if he can recall the Prime Minister from Senate and re-deploy him into the House of Assembly, that would be another Constitutional blunder because the King does not have powers to appoint and then recall a person. I received information that there is a Gazette that was signed on Thursday that appointed him into the House of Assembly even though I haven’t seen it. Even if he was re-deployed, the MPs would be violating the Constitution by accepting this Prime Minister. The section suggesting that the Prime Minister must be appointed from the House suggests that the drafters of the Constitution wanted him to be appointed from elected Members of Parliament”, said the human rights lawyer.

Petros Mavimbela, the Speaker in the House of Assembly did not respond to our questions when asked about the Parliament sitting for tomorrow.

Reached for comments, Siphofaneni MP Mduduzi ‘Magawugawu’ Simelane confirmed that as Members of Parliament(MPs) they received messages calling them for a Parliament sitting on Monday.

“It’s true, we have been informed about the Parliament sitting for tomorrow(Monday)”, he said.