Mahlobo declares that Cyril will not step aside.

The Economic Freedom Fighters and other opposition groups have demanded a probe into claims of kidnapping and bribery in connection with the loss of millions of dollars in foreign currency from the president's game farm in Limpopo. It has been reported by David Mahlobo that President Cyril Ramaphosa will not resign as chairman of the ANC's Peace and Stability Committee. Mahlobo claims that the President is not currently the target of any criminal allegations. 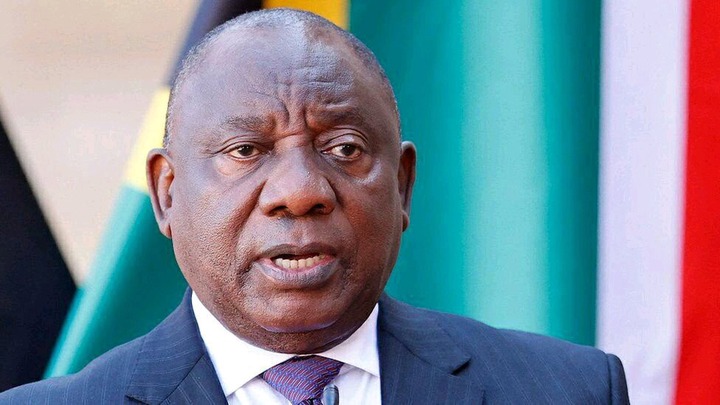 Mahlobo claims that it is now time to correct those who have suggested the president must resign owing to the issues he confronts. Mahlobo is willing to collaborate with authorities and refrain from interfering with their job since he, like everyone else in the ANC, does not feel that they are above the law. Mahlobo finds it heartening that the ANC's integrity commission has agreed to work with the president. Mahlobo, a member of the ruling party, said, "The ANC still has faith in President Zuma and law enforcement." The claims that Cyril Ramaphosa broke the executive code of ethics by engaging in criminal activity on his farm are being investigated by Public Protector Busiswe Mkhwebane.

The work that Ramaphosa has been doing will not end.

Today, President Cyril Ramaphosa will present a budget proposal to Parliament for the fiscal year 2022/23. He will give an update on the presidency's efforts to steer the country toward economic and social prosperity. 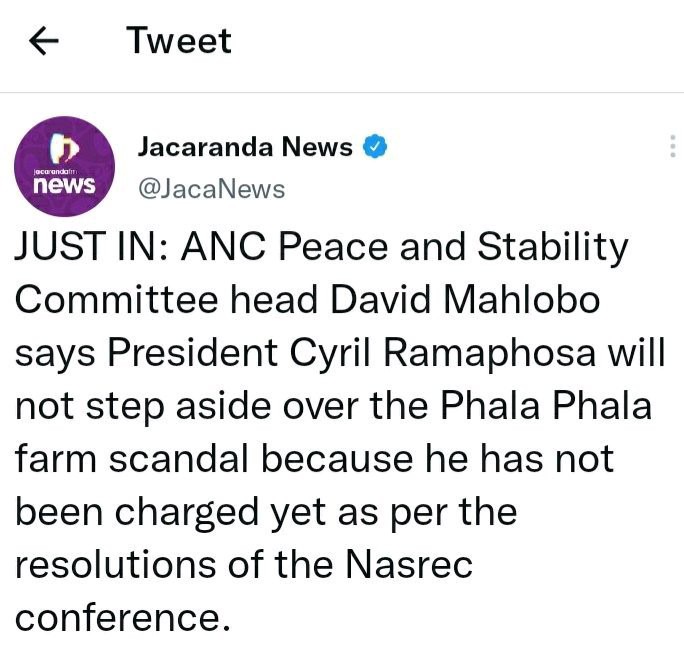 members of parliament carrying out a probe.

The expected release date for the findings of the parliamentary investigation into Ramaphosa's farmgate scandal is next week. South Africa's National Assembly Speaker Nosiviwe Mapisa-Nqakula has said she will decide on whether or not to launch a farmgate investigation next week.

Until he can definitively prove his innocence, I believe our president should resign. He has been urging the movement's supporters to take such action if any of its members is suspected of wrongdoing.