The Court of this country have recently became the political play ground. Our political parties are forever going to the courts. Be it they are fighting another party or it is individual members within a certain party. Members of the ANC are known to take their own party to the court and we have seen that with Ace Magashule taking Ramaphosa to court and he has lost his cases and they were also dismissed with costs, and now it has happened again with its employees at Luthuli House. They have taken the ANC top 6 to court. 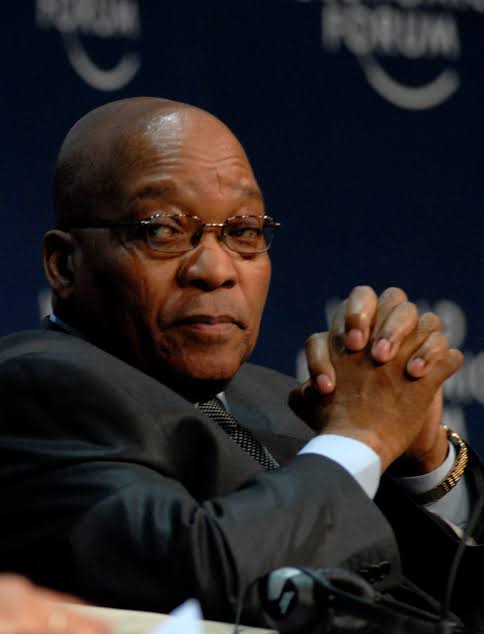 When it comes to the former president Jacob Zuma, he has been in and out of cost for most of his life. He has been to court for the arms deal trial and also for his case at the Zondo Commission. Zuma has been losing his cases that were brought by the Zondo Commission and one thing that stand out from this cases is that, they are being dismissed with cost. Just on the 17 September, the Constitutional Court dismissed Zuma's rescind application saying that it does not meet the requirements and it was dismissed with costs. 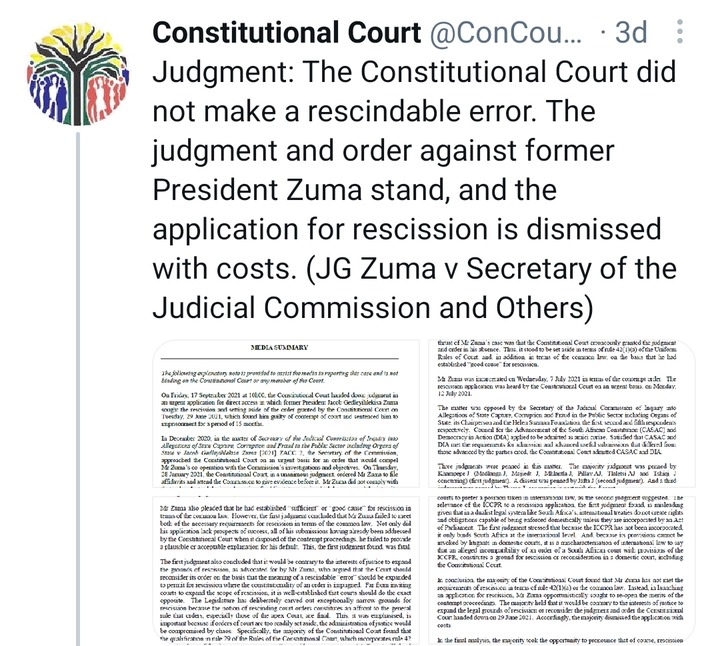 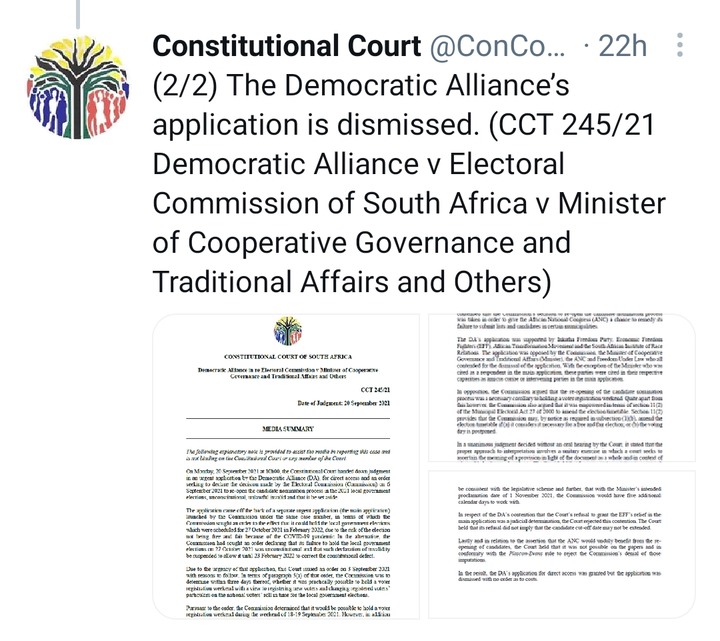 On 20 September, the Constitutional Court gave a ruling on the application that was brought forward by the DA against the IEC, saying that the decision to reopen candidate registration is unlawful and unconstitutional. The court dismissed the DA's application saying that the IEC was within their rights to reopen the candidates registration and what seems to be a surprise for many of us was that, this case was just dismissed without any cost. One can really not help but think that the law of this country has eyes. It depend on which side you are.

Whether you like the former president or not, you just have to admit that the law is being to hard on the former head of State.

Zimbabweans Drags South Africa President To Court For Doing This