Foreigners in this country have so much freedom and freedom that they don't even have in their home country. In South Africa, there are many kinds of foreigners but there is just only one kind that seems to be more problematic than all the others. The thing that they own this country because of too much exposure that they are being given by the media and even the protection they get from the politicians. But no matter how hard they might try, South Africans are just so tired of illegal foreigners and they want them out of the country. 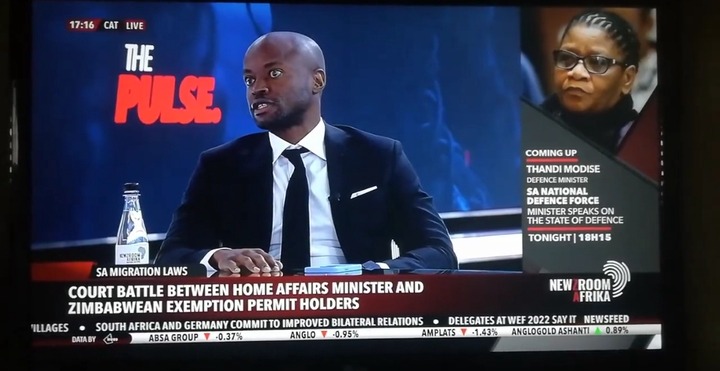 South Africa just like any other country has immigration laws and the only thing that South Africans want is to have those immigration laws implemented. But it looks like in South Africa there should be negotiations when it comes to this matter. Being in this country illegally is a crime and that should not be debated.

We know that Zimbabweans seem to have enough energy and resources to fight the South African government over the none renewal of the Zim Work Permits. If only they had enough spirit to take on their government like they are doing here in South Africa, Zimbabwe would be a great country and its people will not find any reason why they should leave their country and be a burden on other people. 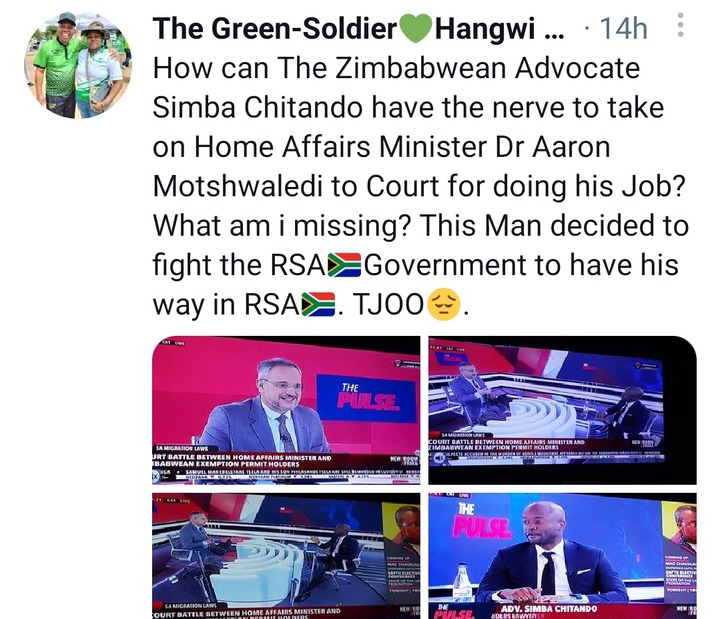 Zimbabweans have some kind of entitlement over South Africa. There is no way that they will win this case against the minister of home affairs and time is running out for them. The grace period is expiring very soon and those people will be deemed to be in the country unlawfully. Even working in the country will be illegal and we know that many of them don't possess any rare skill that would allow them to still work in the country.

According to Simba Chitando, they now have a strong case against the minister of home affairs, especially after the cabinet has withdrawn its own decision of not renewing the Zim Work Permits.

" The minister's papers say that the cabinet did not make the decision which is something that is upsetting for the Zimbabwean Entrepreneur Association," says Chitando.

And now he makes it look like it is the responsibility of South Africa to make those people happy. They have a government in Zimbabwe that they should be upset with. Their anger is misplaced. 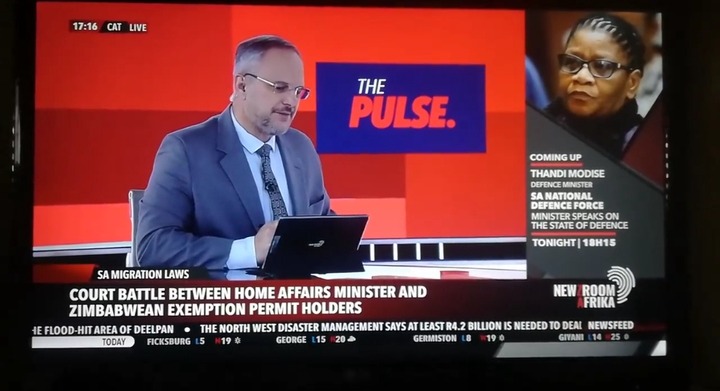 South Africans are not happy at all about this as they say that these Zimbabweans are given too much exposure and this is what keeps them motivated to keep on fighting this country so that they can enjoy the benefits that are meant for South Africans while South Africans are left in the cold. Other countries like Botswana are deporting Zimbabweans and he even goes as far as looming for them using helicopters but no one is saying anything about it. They are not even called xenophobic. Only South Africa is xenophobic and South Africans don't care anymore.

Messages of support are pouring in for MAKHADZI