South Africa has slid so far down the precipice that we need a leader I consider the favourite ANC practice of staging a general parade when considering candidates for high office to be indecent, to capable women who want to focus attention on their talents I judge a method for solving social or economic problems on the basis of its proven success in practise, I am therefore a pragmatist and not an ideologue and I view ideologies as little more than just fancy marketing labels A conventional approach is to consider ideology when making political choices the assumption is that the declared ideology of a party or leader provides us with general principles or standards against which performance in office is to be judged, however this assumption does not appear to apply in South Africa where super rich looting politicians, with no time for the poor, call themselves socialist revolutionaries without any qualms of conscience in other words South Africans tend to be pragmatic ideologues, a contradiction in terms.

I regard religion as a particular ideology there is no evidence that people who subscribe to and advocate a religion necessarily expect to be held to the standards espoused by that religion, since religion is an ideology, I know it is naive not to expect believers to be unbelievers yet there is a threshold of religious fanaticism beyond which it becomes very difficult for one not to practice what one preaches, the religious zeal of former chief justice Mogoeng is beyond that threshold.

Recently it was suggested that Mogoeng should run for president in 2024 the assumption is obviously that by that time the constitution will have been amended to allow direct election of president by voters, now Mogoeng appears to believe in the literal meaning of every verse in the Bible including all that nasty stuff about demons and pigs and triple sixes, it strains one's credulity regarding the sanity of the man. Mogoeng is certainly not a normal conventional political leader but South Africa is not a normal country either we are beyond redemption by means of normal leadership, maybe the Messiah we need has to be a Jeremiah who will be fanatically anti corruption.

South Africa desperately needs a leader with zero struggle credentials we are sick and tired of being told about fictitious glorious struggles, we need someone who will fire and charge each and every corrupt official. I think it is an important prerequisite that he should have no shared history of struggle with anyone, Mogoeng meets that requirement he may be our man and in the long run a Mogoeng type of leader would not be good for SA for example the man doesn't look as if he knows anything about economics, but the biggest economic boost that SA needs at the beginning is the complete annihilation of the looting class for that job his legal background is good enough 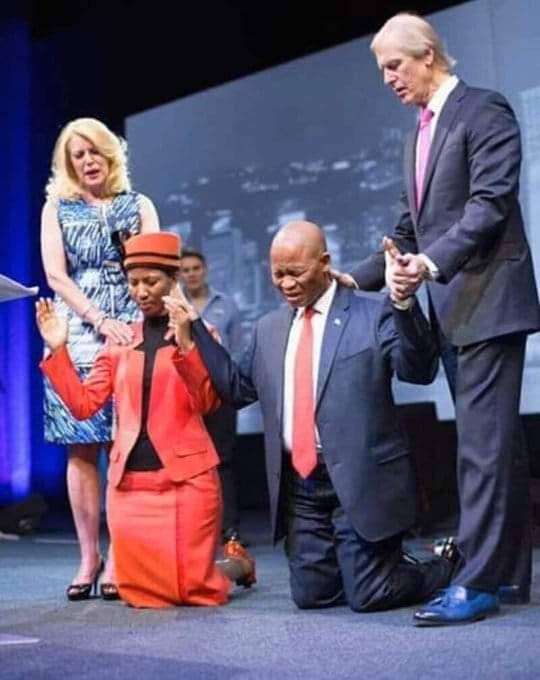