By SSSlye (self media writer) | 2 months ago

They've returned! Members of the ANC accused of corruption have returned to the Gauteng PEC. 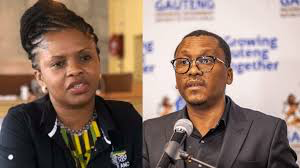 As a result of the PPE corruption incident, Khusela Diko received a lengthy suspension, while Bandile Masuku lost his position.

Two politicians involved in the 2020 PPE corruption controversy have been welcomed back to the Gauteng political scene. This weekend, senior ANC members Khusela Diko and Bandile Masuku were officially elected to the Provincial Executive Committee (PEC).

WHAT WERE KHUSELA DIKO AND BANDILE MASUKU ACCUSED OF IN PPE CORRUPTION?

The ANC suspended Diko and her late husband, Bhaca royal King Madzikane II Thandisizwe Diko, after it was revealed that there may have been anomalies in an R125 million personal safety equipment (PPE) tender in 2020.

The SIU had previously recommended that action be taken against her for failing to disclose certain financial interests as required by public service laws. Her suspension from the party was removed in September 2021, but Diko received a written warning. 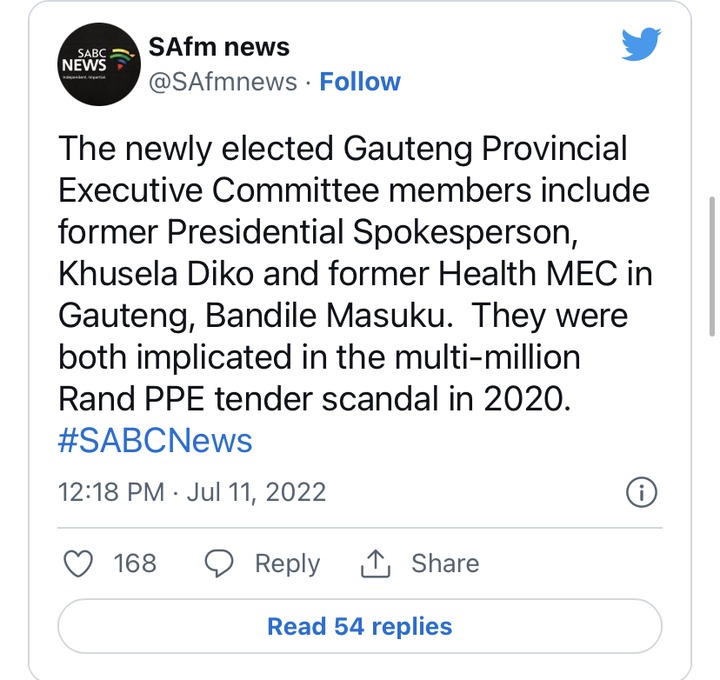 The SIU's investigation into the Gauteng Department of Health also discovered a number of inconsistencies in the appointment of service providers for the delivery and supply of personal protective equipment (PPE). It also revealed "Bandile Masuku's failure to exert sufficient oversight."

So, with one member suspended for more than a year following an official warning and another fired for 'failure to act against the tide of PPE corruption,' the return of these two politicians to Gauteng's political arena is likely to be a contentious matter.

The DA's Shadow Trade Minister, Dean Macpherson, has claimed that this is a classic case of "the ANC being the ANC."

Content created and supplied by: SSSlye (via Opera News )

Tito Mboweni - Why are you interrogating me like this about my personal issues?