By Mmapula (self media writer) | 9 days ago 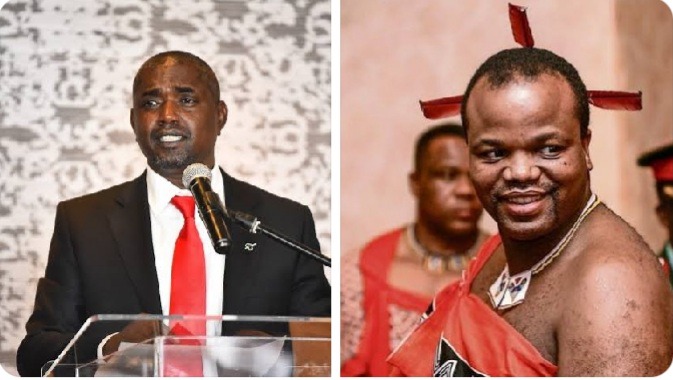 A few days ago, Godrich Gardee was making noise on Twitter about Swaziland Leader, King Mswati. Godrich took to Twitter to make all sorts of accusations about Mswati "killing" his daughter, Hillary Gardee. According to Godrich, Mswati ordered Swaziland military forces to murder Hillary as a way of punishing him for leading a march in Swaziland. In April, the EFF lead by Godrich closed all Swaziland borders, demanding Mswati to step down. The EFF shut down four borders calling for the removal of King Mswati and therfore causing a huge loss of income. "The King was angry and he unleashed his foreign intelligence service with a robbery decoy and killed Hillary", says Godrich Gardee.

These are serious allegations and Mswat has responded to the accusations. King Mswati III says late Hillary Gardee's mom should ask her thug, Godrich, who really killed their daughter. After Msawti said this, Godrich has been silence. We don't know if Godrich is silent because Mswati exposed his thuggery or because he mentioned Hillary's mother who is no longer alive. Did Mswati touch a nerve in Godrich? King Mswati also said what SABC did was appalling journalism by entertaining a lunatic's tweet which was without facts. 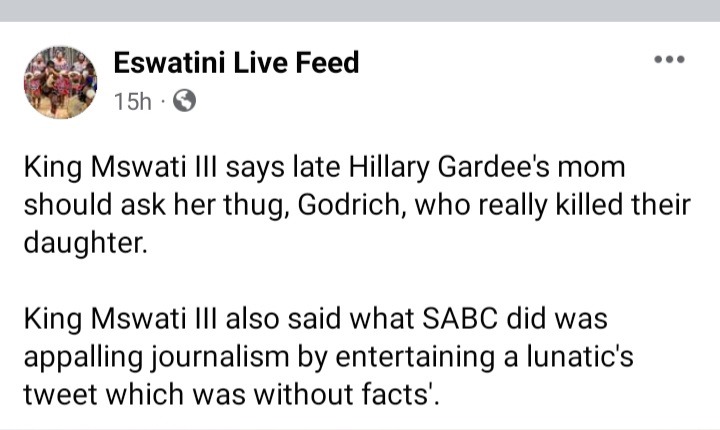 Mswat says Godrich is one of Julius Malema's henchmen and he is appalled by the fact that he is making dangerous accusations in a matter that is in court. "Are the allegations he is making part of the investigation or he is making them up?", Mswati questioned Godrich's intentions. Watch video here

In my opinion, Godrich Gardee should be careful how he grieves his daughter. Dragging the King like that was not wise. Those are baseless allegations. Why would Mswati kill Gardee's daughter and make it look like robbery? That way Gardee was never going to get the message. If Mswati was making him pay for championing hid removal from his throne, he wouldn't have made the murder look like a robbery. He would have sent the message loud and clear! 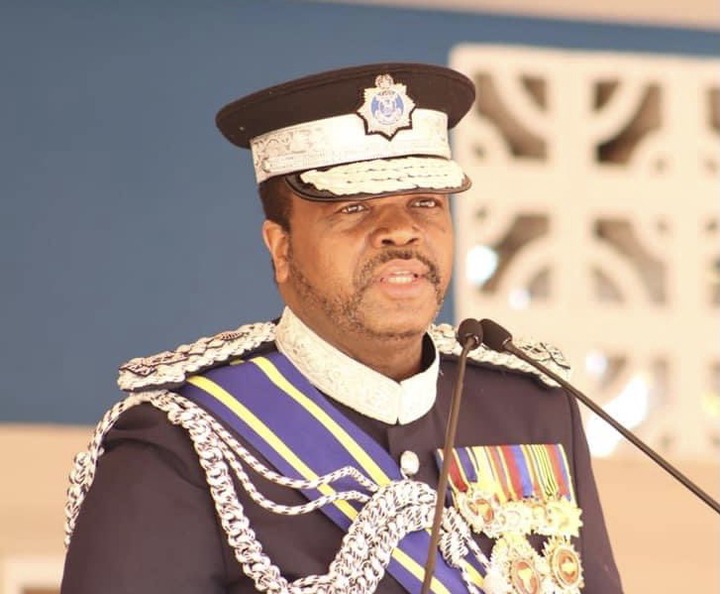