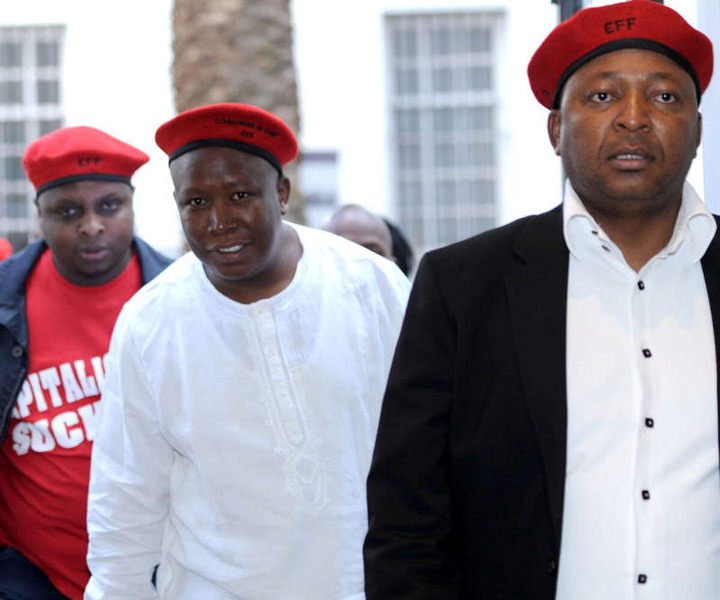 Some time ago, Kenny Kunene was an establishing individual from the Economic Freedom Fighters (EFF). His spell in the party didn't keep going long and he left in August 2013, that very year the EFF was shaped.

Quick forward eight years and Kunene – who is currently representative leader of the Patriotic Alliance (PA) – is confronting a R1 million claim over "disparaging articulations" made with regards to EFF pioneer Julius Malema.

KUNENE AND MCKENZIE REFERRED TO AS PAMTITI

Prior in the post-vote cycle, maybe the PA and EFF would need to cooperate in regions the nation over. Nonetheless, arrangements slowed down and in a little while, the mudslinging started.

Malema commented that he was "clashed" about working with pamtiti (convicts). He was alluding to Kunene – who went through six years in prison subsequent to being sentenced for running a Ponzi plot – and PA President Gayton McKenzie who went through seven years in jail for two separate burglaries.

An enraged Kunene showed up on eNCA on Wednesday, 17 November. "… we have remained back yet presently it is finished," said Kunene during a live portion. "I will manage him [Malema]. At whatever point I meet him, he should confront me about I am pantiti directly."

Kunene alluded to the EFF pioneer as a "little cockroach" when he said he would consider a question and answer session and explain to the media why he truly left the EFF in 2013.

McKenzie showed more dignity in his reaction to Malema. He excused the pantiti comments and said that he and Kunene were hoodlums before yet they currently serve their networks, as indicated by The Citizen.

Malema allegedly gave Kunene until the finish of the work day on Monday to pull out the "abusive explanations" or he would be given a R1 million claim, as indicated by TimesLive.

The letter from Malema's attorneys, which was dated 19 November, supposedly blames Kunene for disdain discourse and tribalism and requests a withdrawal of the remarks as they have "caused critical reputational harm."

McKenzie supposedly gotten a comparative letter as Kunene offered the remarks while wearing PA formal attire and addressing the party. Malema needs the PA president to remove himself from the remarks.

"Your longing to get political retribution is identified with the new nearby government races in which you and our customer were political opponents. All in all, your expectation or object was to score political focuses by purposely denouncing our customer's person.

"The slanderous assertions were likewise made in reprisal against our customer for marking you a 'convict'.

"To the extent that our customer named you a convict, we don't plan to help you to remember your criminal feelings which are an assertion of reality as well as a question of freely available report."

The attorneys said the expression "cockroach" was particularly hostile as it was utilized to legitimize the heartless treatment the Tutsi public were exposed to during the Rwandan destruction. They assisted that the utilization of the term could add up to abhor discourse.

Malema will supposedly give the R1 million in the event that it ends up like that.