Aaron Motsoaledi, the Minister of Home Affairs, is steadily building his reputation to the point that he is now considered a minister of renown. 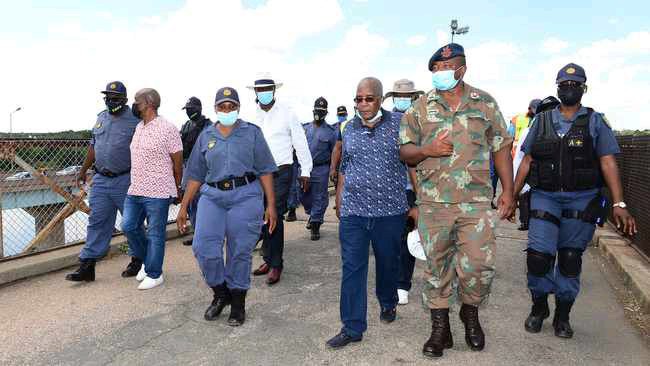 The former Minister of Health is quite familiar with the rules pertaining to immigration, and he has taken the time to discuss some of these laws.

Motsoaledi just recently presented the agents who work for the Border Management Agency (BMA). There has been a consistent confusion between their functions and those of the soldiers.

It is the responsibility of soldiers to man the borders, and these soldiers will cooperate closely with the Border Patrol Agents that are stationed there.

When questioned by Adrian Ross of the Democratic Alliance to explain the function of soldiers stationed at the country's borders, the minister was in the House of Representatives at the time.

"Members of the defense force have the responsibility to protect and safeguard the territorial integrity of the country through the patrolling of the 4,773 kilometers of the land border areas, including the maritime coastline," he said. "This can be accomplished by monitoring the land and maritime borders."

After that, he was questioned about the difference between their protocol and that of the BCM guards.

He stated that the border patrol agents will be given legal authority in areas such as immigration, agriculture, and the environment, among other prescripts.

He stated that the South African National Defense Force would be able to turn over people who were apprehended to the border patrol agents for processing.