The Economic Freedom Fighters have been in the vanguard of repairing our nation, but they've made commitments to the citizens that they understand they can't keep. For instance, they talked about building RDP houses with six bedrooms, which is a deception considering we don't know where and when the money would come from. 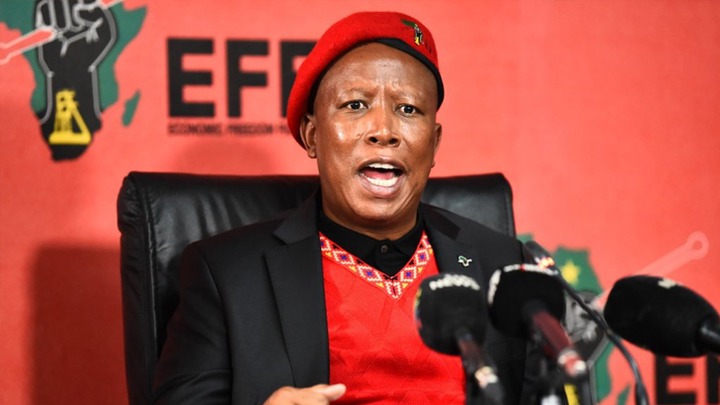 This is merely a ploy to try and convince people to vote for the candidate; as you understand, Julius is from the African National Congress, and they never mean what they say there; why should he now? Before submitting their votes and picking the incorrect guy for the position, people should be asking themselves these types of questions.

They have big posters on the country's main motorways, and they were the first to release a policy platform in a broad region, as a contrast to the Democratic Alliance and the ANC, which did it in a limited region to cut down on the number of Coronavirus infections.

Julius Malema can sometimes not be believed; it is wonderful that he is in National assembly, but he should not be in control of our nation; he misses the requisite values, and despite his best attempts, the old Julius Malema persists, and he'll get away of him because he is still an aggressive person.

His followers should keep in mind that he had a tea party with Jacob Zuma just only a few months ago, and this is the same man who was shrieking Jacob Zuma is a lawbreaker who deserves to be in incarceration, so why is he unexpectedly continuing to support him, what kind of millions did he get on the corner that isn't attempting to tell the citizens about the boy has secret information, and his proponents should attempt to find out what's going on with him before leaping on the ride that they don't know where it is heading.