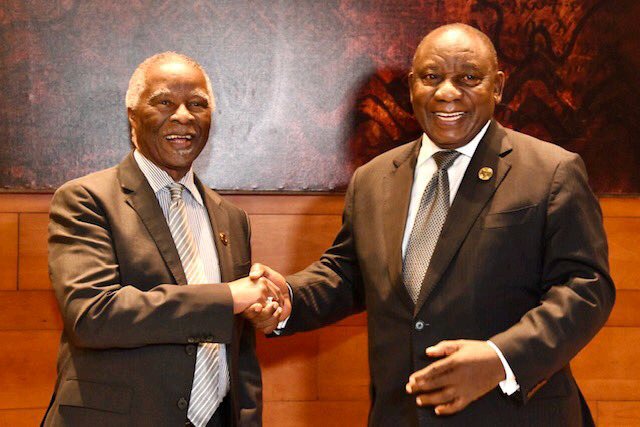 Previous president Thabo Mbeki who hasn't lobbied for the ANC since the Polokwane meeting makes an immense rebound to the ANC completely supporting president Cyril Ramaphosa.

Previous ANC pioneers who didn't lobby for the ANC during Jacob Zuma's party initiative who likewise related themselves related with the Congress of the People (COPE) are additionally now back in the decision party crusading under Cyril Ramaphosa's organization.

Their return was featured for this present week when previous president Thabo Mbeki and Phumzile Mlambo-Ngcuka, who filled in as appointee president under Mbeki, facilitated occasions lobbying for the overseeing party.

Pundits are now believing that there appear to be a coalition preparing between Cyril Ramaphosa and Thabo Mbeki. This abrupt move is supposed to be a weighty hit to previous president Jacob Zuma's RET group of the group which is expecting to overcome Ramaphosa at the party's elective gathering. 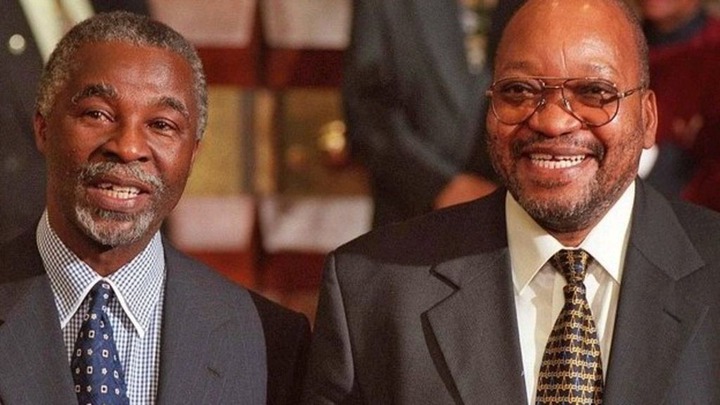 With Thabo Mbeki back on the spotlight with his COPE support base, it may imply that the RET group is ready to experience a substantial loss and there may likewise be some reiteration of history like what occurred at Nasrec gathering in 2017.

Those back on the battle field under Cyril Ramaphosa's organization including previous delegate president Phumzile Mlambo Ngcuka who had joined COPE, a party accepted to have been empowered by Thabo Mbeki are said to have left ANC out of resentment after Mbeki was reviewed.

Previous president Thabo Mbeki himself had would not battle during Zuma's residency saying ANC had nothing but bad story to tell. He additionally couldn't come out to uncover which party he decided in favor of during the Jacob Zuma time as he contended that his vote was confidential. 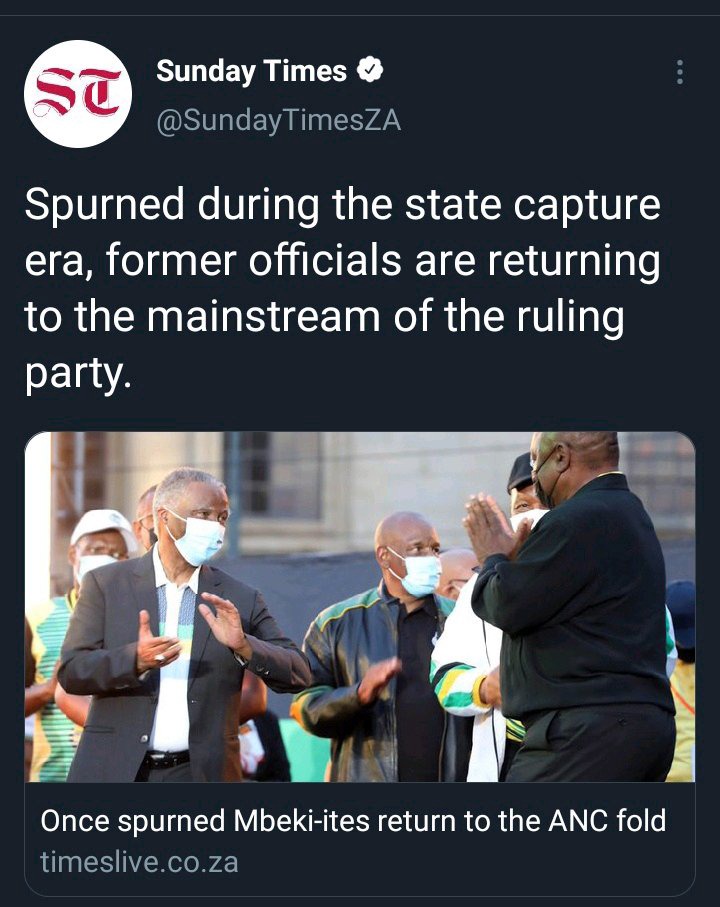 Zuma's RET allies are anyway not scared by the arrival of Thabo Mbeki and his partners to the ANC as they contend that "dislike they need them to overcome Ramaphosa."

"Its going to be acceptable seeing ANC loosing more votes with this load of previous authorities back and lobbying for it," some said.