As alleged details emerge, Uhuru might be arrested and prosecuted if Ruto is elected president. 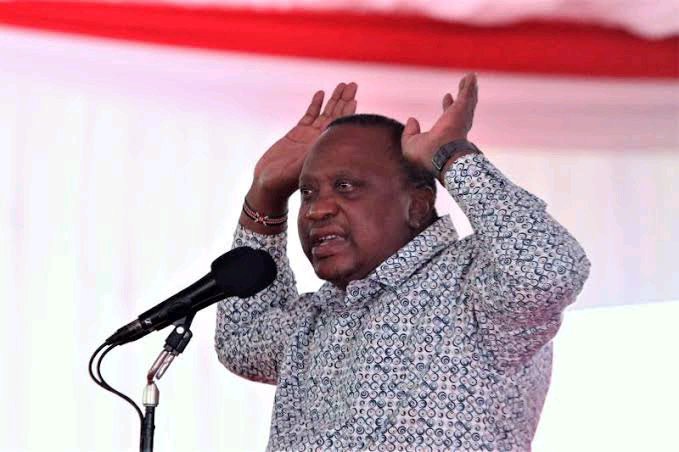 After President Uhuru Kenyatta retires, Deputy President William Ruto has pledged to assemble eight committees to look into the President.

As the bitter political competition between the President and his deputy now permeates Deputy President William Ruto's platform, the team will reportedly be charged with undoing Uhuru Kenyatta's programs. The Azimio La Umoja One Kenya coalition, meanwhile, has torn into the plan for ignoring corruption.

A report by Saturday Nation claims that DP William Ruto's administration, if elected, would not be afraid to pursue President Uhuru Kenyatta after he leaves office. It is claimed that the president might be prosecuted after he retires if Ruto starts Uhuru's case.

In the Kenya Kwanza manifesto, which was unveiled on Thursday night, Deputy President William Ruto promised to look into President Uhuru Kenyatta's suspected role in state capture if his party wins the election next month. They also pledged to establish a tribunal to look into human rights abuses under Uhuru's rule.

This suggests that, if Ruto wins the election, his administration may target Uhuru Kenyatta and the way he managed the country. In addition, Ruto promised to establish eight tribunals to overturn Kenyatta's administration's decisions.

'For The Sake Of Our Country, Let's support This Man. He Is What We Need' Mzansi Speak It Out About