EFF failed to send a representative to the Independent Electoral Commission 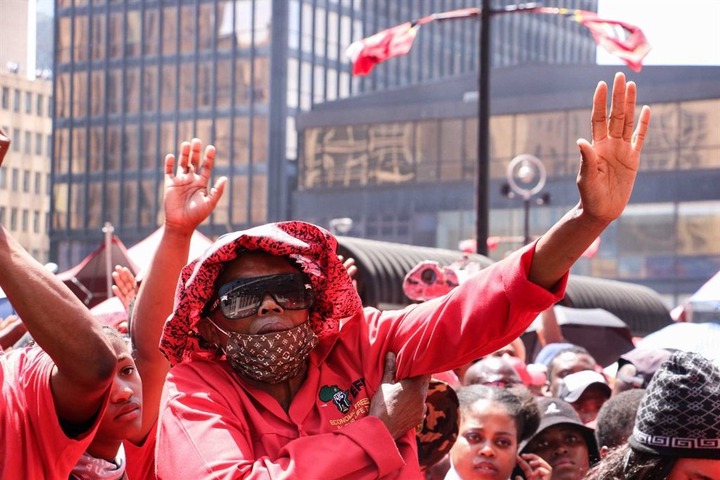 Only the EFF, out of the 14 parties represented in the National Assembly, did not send a delegate to the Independent Electoral Commission of SA's (IEC) event, where parties who have registered to run in the 2021 municipal elections swore to follow all of the IEC's laws and regulations.

On Friday in Nasrec in Johannesburg, the IEC and leaders from 13 of the 14 political parties represented in the National Assembly signed an electoral code of conduct promise.

"The EFF has failed to send any representation to today's ceremony," said IEC commissioner Doctor Nomsa Masuku, referring to the EFF's absence.

EFF national spokeswoman Vuyani Pambo for comment on the party's absence, but had not received a response at the time of publication.

The signing ceremony was held in accordance with the Electoral Act, which requires political parties to publicly commit to following the code of conduct's terms and purpose before to the municipal elections.

While pledging to follow the IEC's code of conduct, DA leader John Steenhuisen also called on the IEC to rectify flaws with the Political Party Funding Act, citing the EFF's absence from the signing ceremony and its absence from the list of parties that reported their funders.

"The Political Party Funding Act should be changed to allow the IEC to audit political parties." The EFF, who are glaringly absent this morning, are plainly spending significantly more money than they could without large donations, yet they refuse to disclose any of them.

"They need to have their money audited." "You can't just take a party's assertions at face value," Steenhuisen added.

While the country commemorated National Heritage Day on September 24, IEC chairperson Glen Mashinini said the "democracy that was created on April 27, 1994" was the country's most important heritage.

What does the Bible say about being selfish?

Ndlozi fumes as ANC officials are threatened with sticks and stones