Speaker in the House of Assembly Petros Mavimbela’s home situated at Mhlambanyatsi was in the early morning hours of Sunday morning petrol bombed by unknown people in the midst of the political unrest. 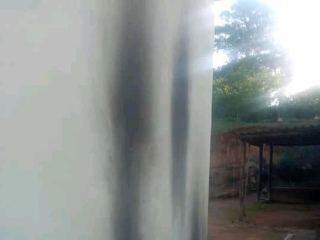 Reached for comments by this Swaziland News, the Speaker confirmed the unfortunate bombing of his home, he appealed for calm and a dialogue to resolve differences.

“It’s true, one of the petrol bombs was thrown into my car but did not explode while the others were aimed at the house. Perhaps, one can appeal for calm from members of the public or those who are doing this, we must resolve differences through a dialogue not to fight and injure one another”, said the Speaker.

Eswatini is in the midst of a political crisis after King Mswati banned the delivery of petitions and subsequently unleashed soldiers and the police to shoot and kill dozens of civilians. Some protesting citizens responded by burning government structures and properties owned by Mswati’s loyalists.

Malema visiting restaurants to check how many workers are foreign nationals.

Top 10 Most Amazing Libraries in the World

Top 10 Most Expensive Wines in the World

Deportation of foreigners will not happen anytime soon - see why