[WATCH] | "I Will fight Ramaphosa if he wants to fight" says Malema.

By Firedadj (self meida writer) | 1 days 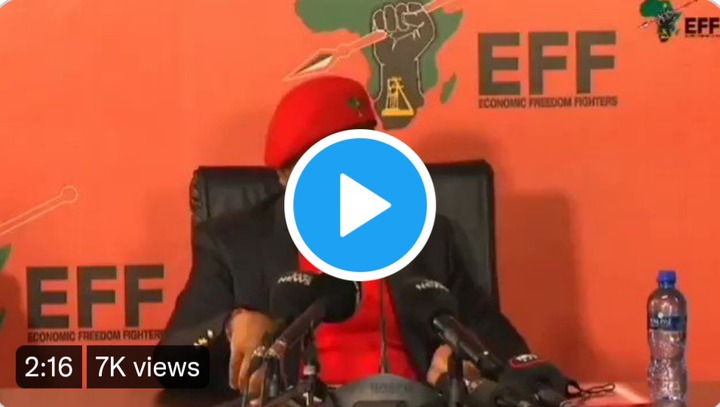 Malema clearly said in his Presser video that he will give him (Ramaphosa) a fight and even bring it to his doorstep. This claim/statement were made by Julius Malema after he collaborated on Cyril Ramaphosa using state power in a resort to punish those in his party (ANC) who does not agree with him, and that he's also coming for those people outside of his party who does not agree with him.

Malema said boldly, that Cyril can come the EFF is ready for him. Malema also added in his statement that there is an Indian Gabal going on as some coloureds are involved. He expressed that Indians and coloureds are taking over in the financial institutions as Black people (Africans) are excluded from them as all Africans has been destroyed. 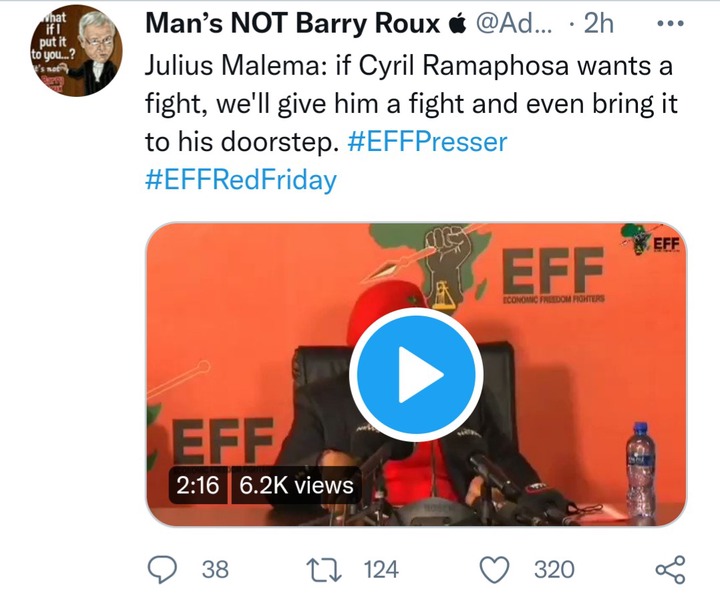 Malema strongly foundationed his claim as he said to the that they should go look and see who replaces the African person in that institutions who has been removed if they may be thinking what he's saying is sick. Malema added that we know that some financial institutions are run by Cubans which the whites are working with as they won't be directly involved just like they used to do in the 80's.

Julius Malema felt that when the EFF has to come before a Judiciary the African is removed and they can't appoint a white magistrate or prosecutor, a coloured or Indian is employed in that positions. Malema said and I quote "There is a Indian agenda in South Africa that seeks to undermine Africans and it is led by Pravin Ghordan". 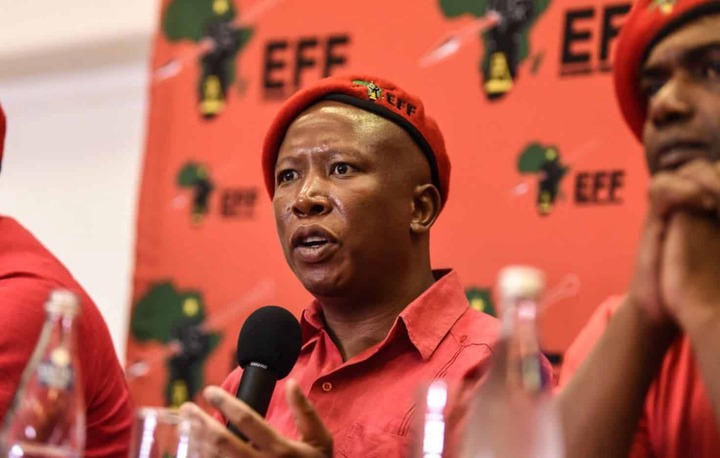 What is your take on the racist remarks made by Julius Malema that Africans are being destroyed as Indians and coloureds are taking over black positions? 🤔. And how will he be fighting Cyril Ramaphosa? 🤔.