The DA demolish ANC, EFF and Patriotic Alliance in Matzikama ward 7 by election, win by 62% The democratic Alliance pull a shocker in Matzikama ward 7 by-elections after surging from 21.82% it got in the same ward in 2021 local government elections to 62.27% when the by-election was held yesterday. The Patriotic Alliance won the seat in November last year by 27.09 % followed by ANC with 22.16% and DA on a distant thirst at 21.82% and EFF at 1.70%.

But the seat holder resigned from Patriotic Alliance early this year to join DA rendering the seat vacant. But since the local government was a coalition it remained functional until the PA leader Gayton McKenzie pulled out of the coalition to trigger elections. The biggest loser was the people of Matzikama but not for long, they mobilized and took to the polls to punish the PA for playing politics with their lives, reducing its support from the majority of 27.09% to 6% in just 8 months. 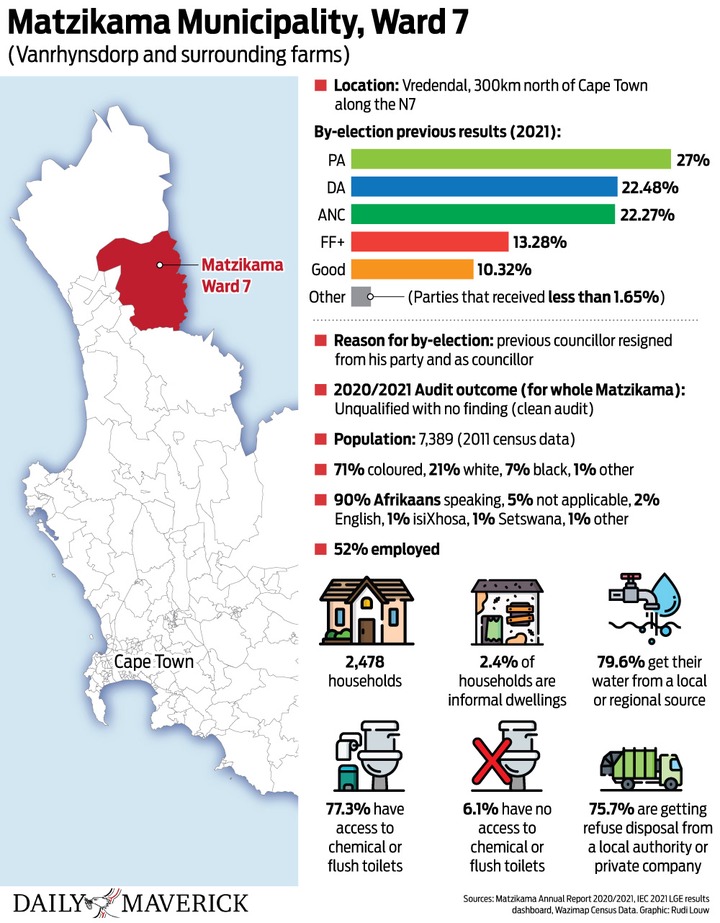 To make matter worse this was the only ward that PA won in Western Cape province in 2021 by-elections and losing such support in less than 8 months underscore the fact that DA remains a stable trusted party with a good track record of service delivery where it governs. It also proves that The DA is the only party strong enough to lead the charge of challenging the ANC in the 2024 presidential election. The rest are just strong on Twitter but weak on service delivery where they govern. 2024 will be an interesting year if this trend is anything to analyze, the ANC continues to lose support, and smaller parties continue to struggle to gain traction or even show competency where they govern. Are we going to reach an equilibrium where DA and ANC share power in the national government in a coalition? The answer is likely yes, Ramaphosa as the president, and John Steenhuisen as the Vice president is becoming a likely scenario in 2024 DA candidate Christo ‘Kito’ Boks who demolish the PA , ANC and EFF in the by-election