By Black_Media (self media writer) | 9 days ago 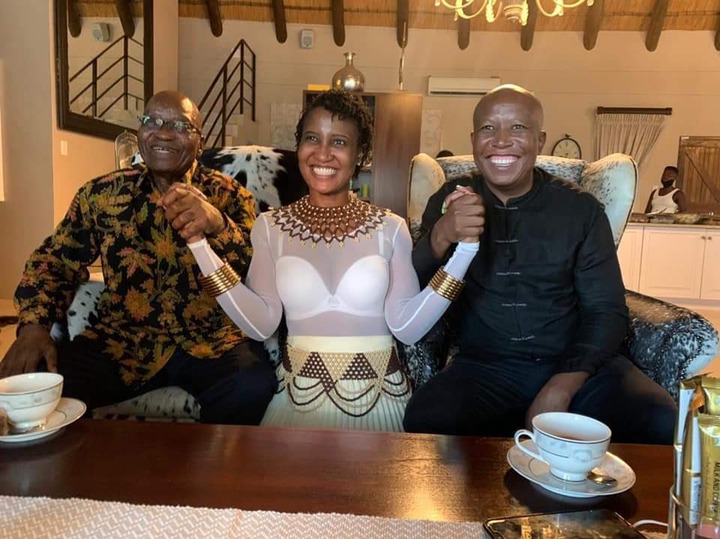 Duduzile Zuma, like her father, she has no affinity for white people since she believes they are to blame for the nation's economic impoverishment. She has a long history of racist tweets, and many of them lead one to believe she is a racist. As far as the Zuma children are concerned, she has the most resemblance to her father because even the former President has the belief that black people are undermined by whites because of the color of their skin. 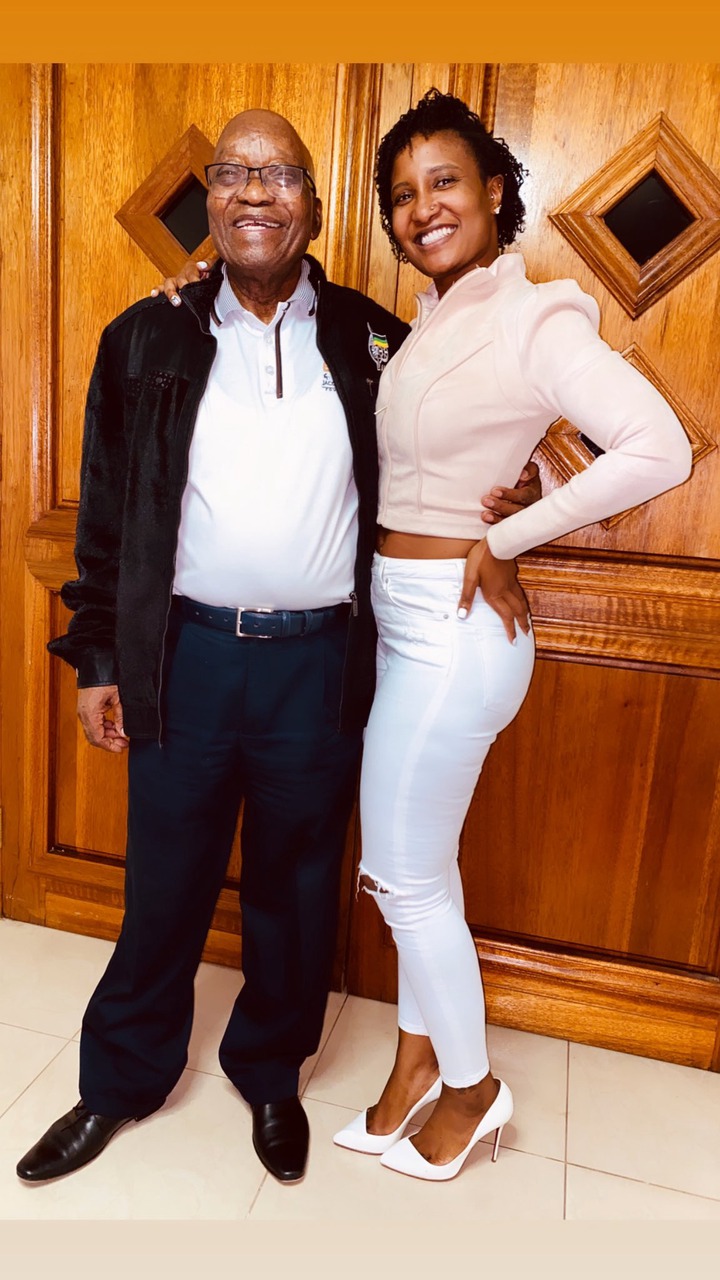 As people are waiting for the 14th of October to attend Zuma’s welcome prayer, organised by the Jacob Zuma foundation, and his ally, Duduzile, has been firing hot shots at white people. 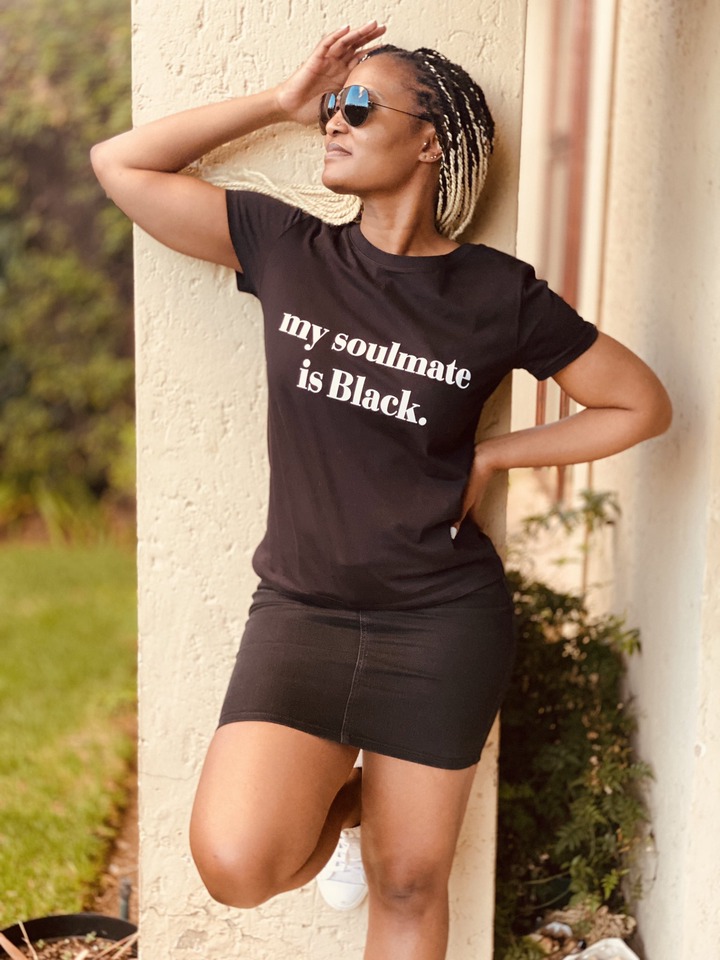 Early this week, she was called a racist for wearing a T-shirt that said "my soulmate is black". Now she’s back again with a hot shot firing at white people. She claims that white people took land from blacks, therefore it should be taken back without compensation.

"We The Black Nation, We Are Crying For Our Land, Which Was Taken Away From Us By White People, Let Them Return Our Land NOW! WHILE NOT BEING COMPENSATED!!!"Amandla" she tweeted. 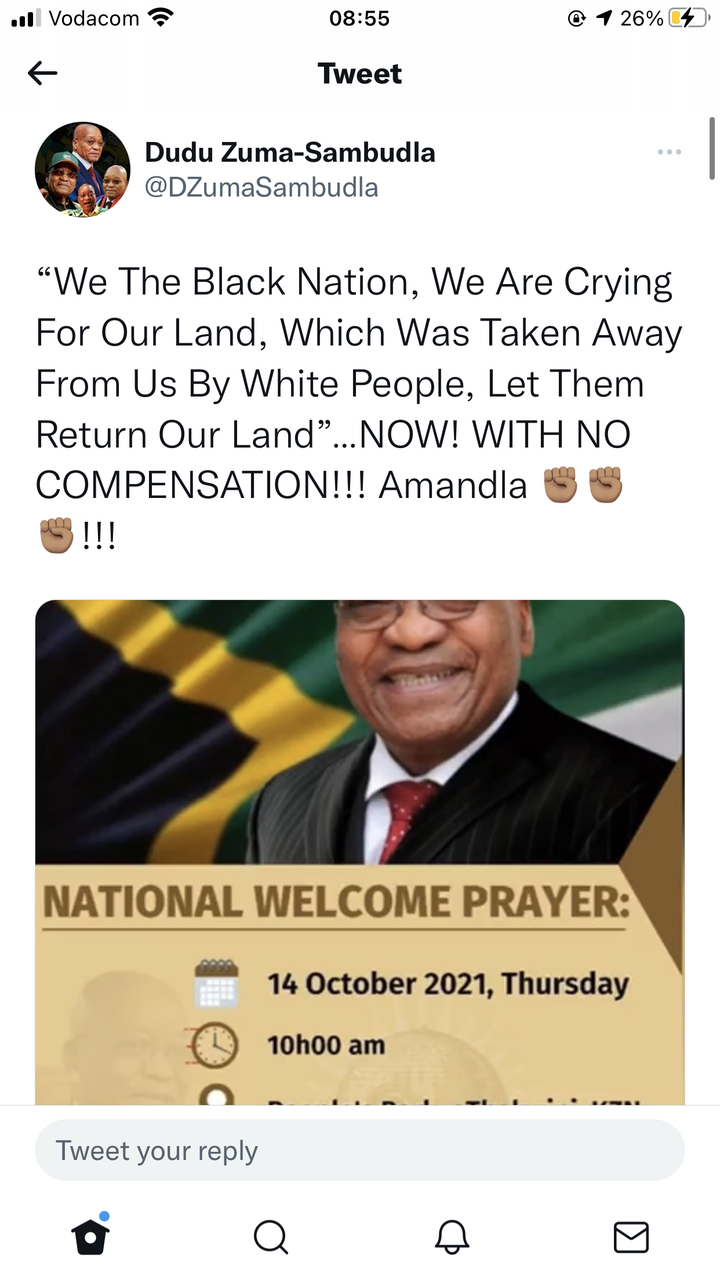 It seems like Duduzile I am now focused on fighting white people since all her recent posts have something to do with whites and land. See how people reacted to her tweet. 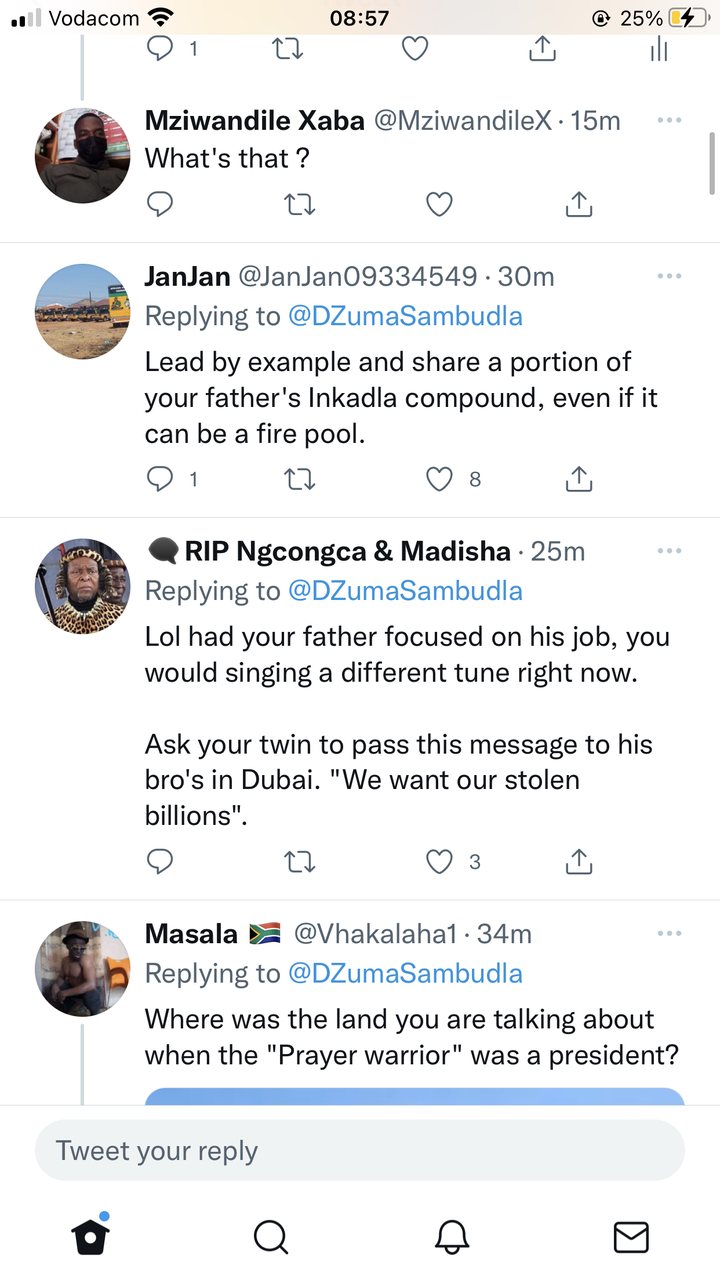 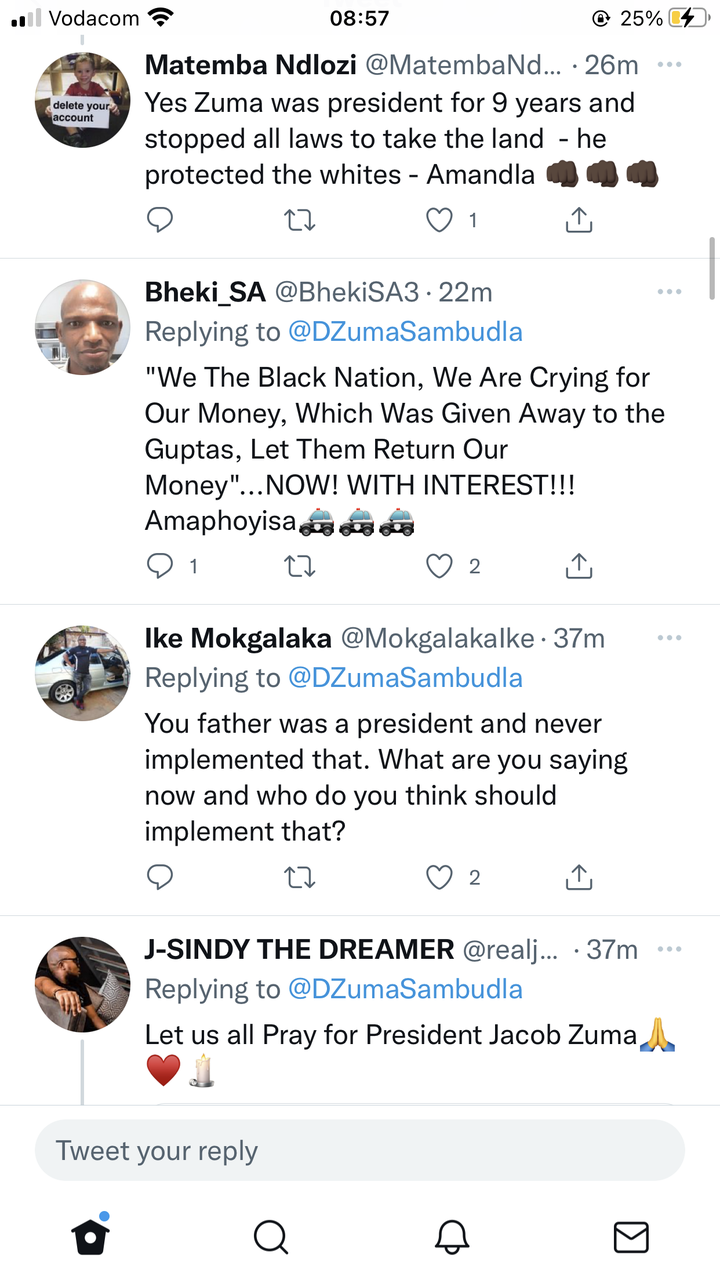 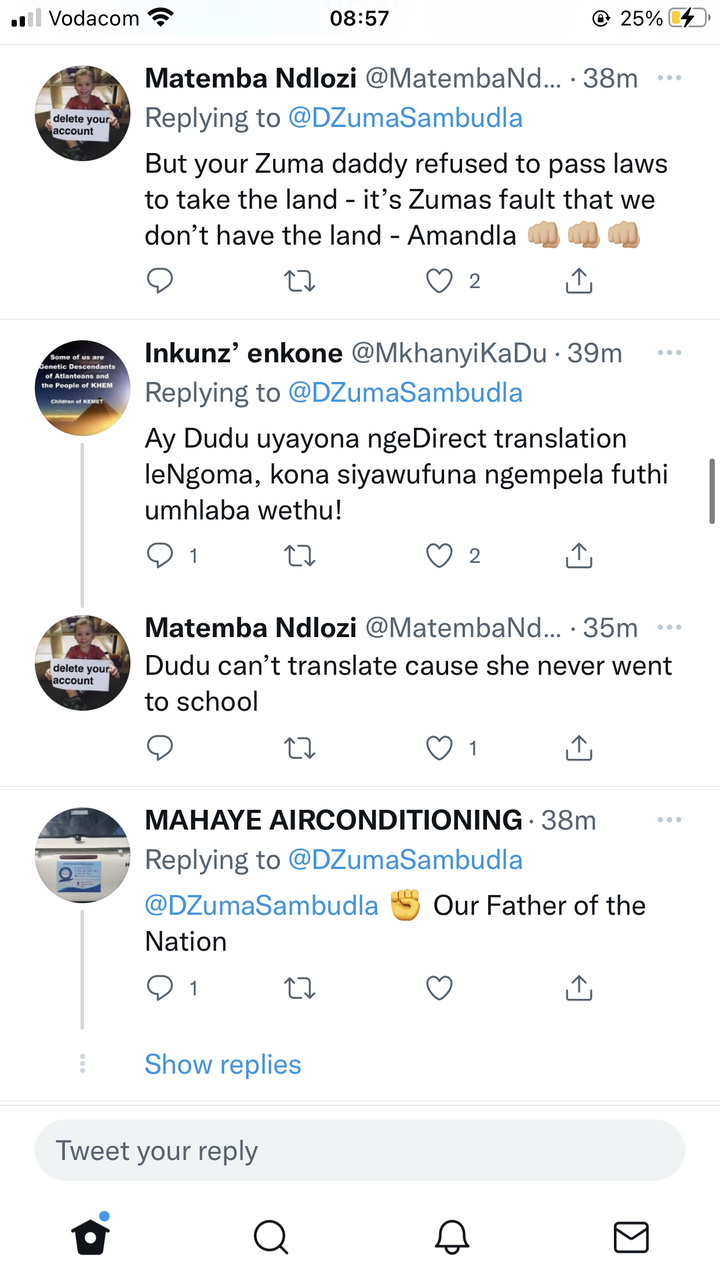 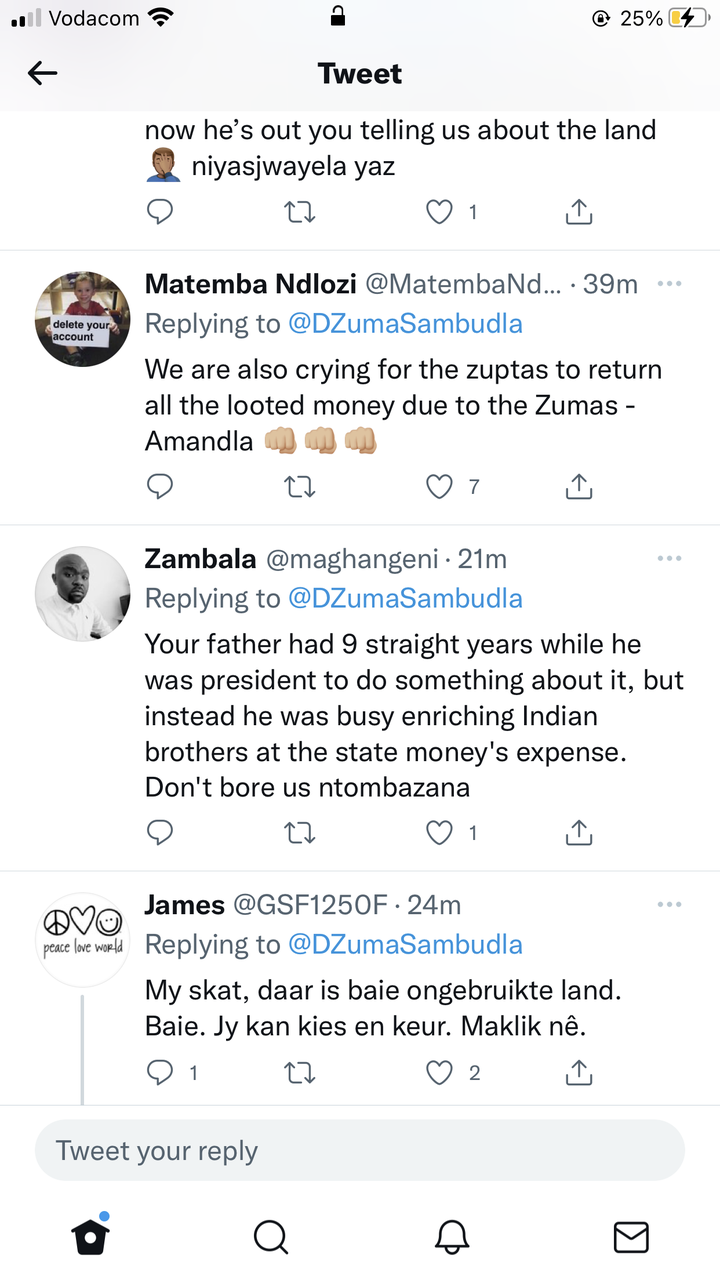 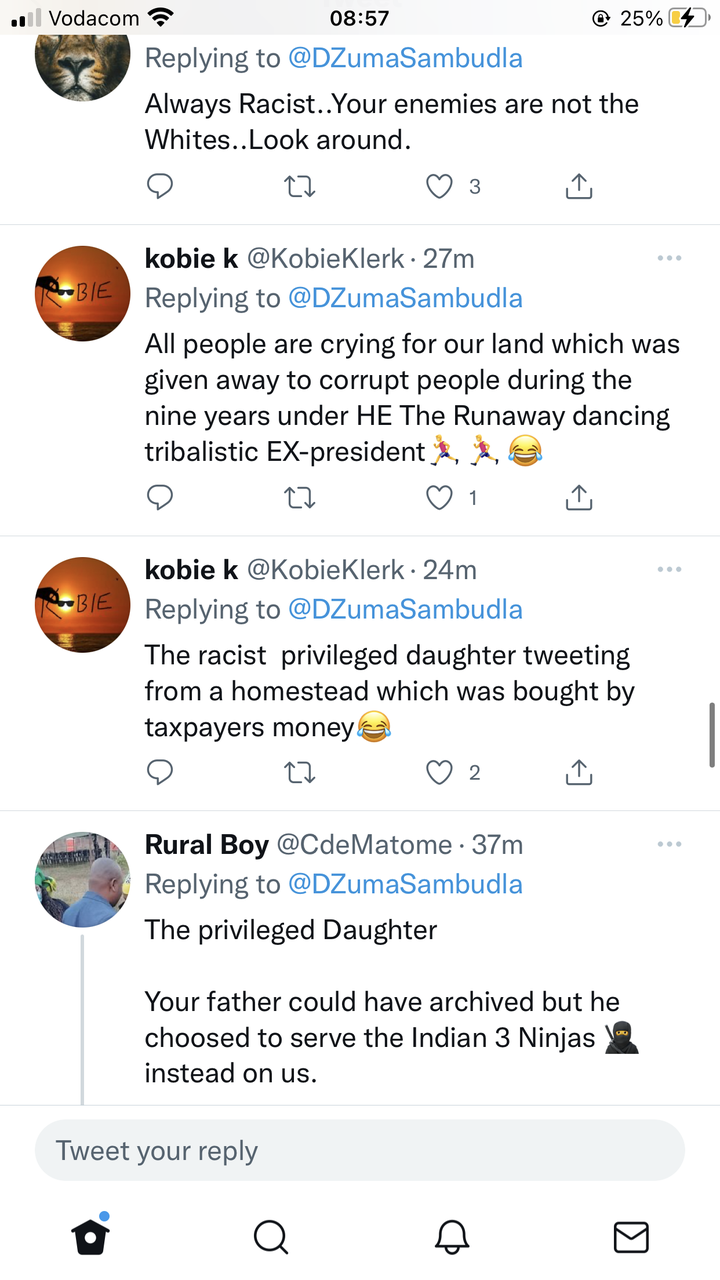 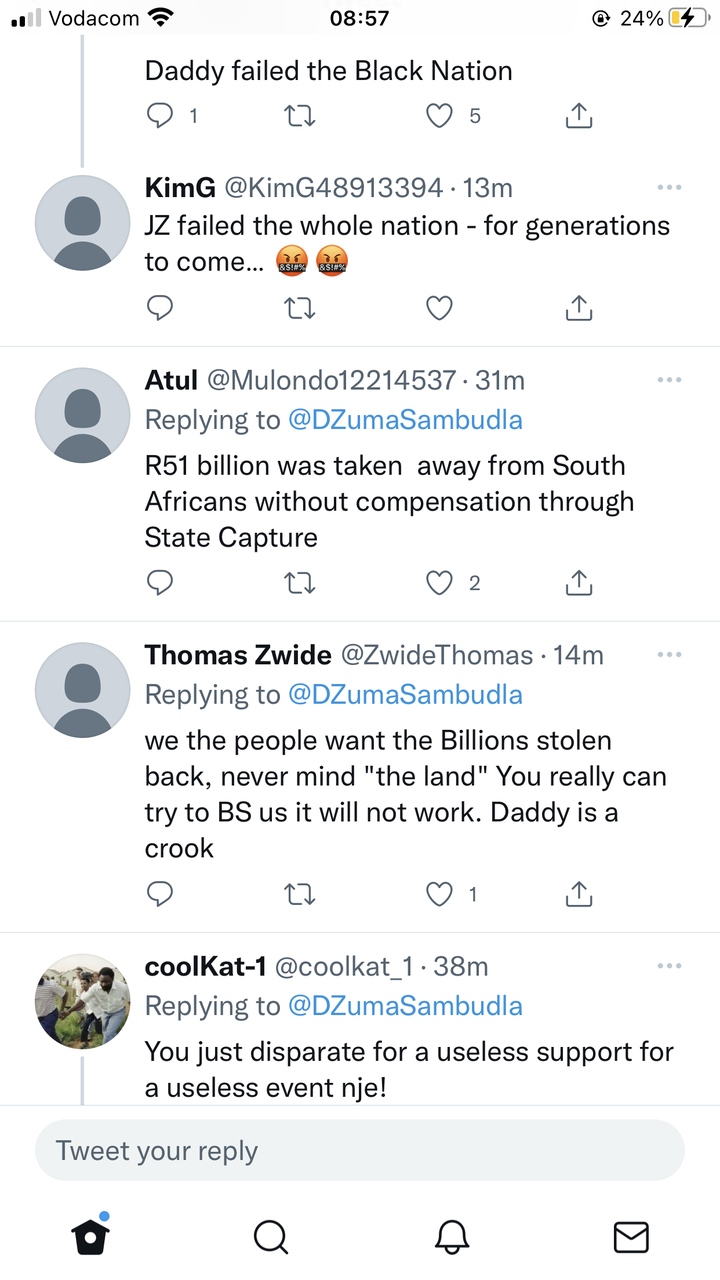 Duduzile is seen as so troublesome because most of her tweets are either fighting for the African National Congress for allegedly "arresting her father without a fair trial" or fighting white people for taking land from black people. Indeed, she’s a fighter. 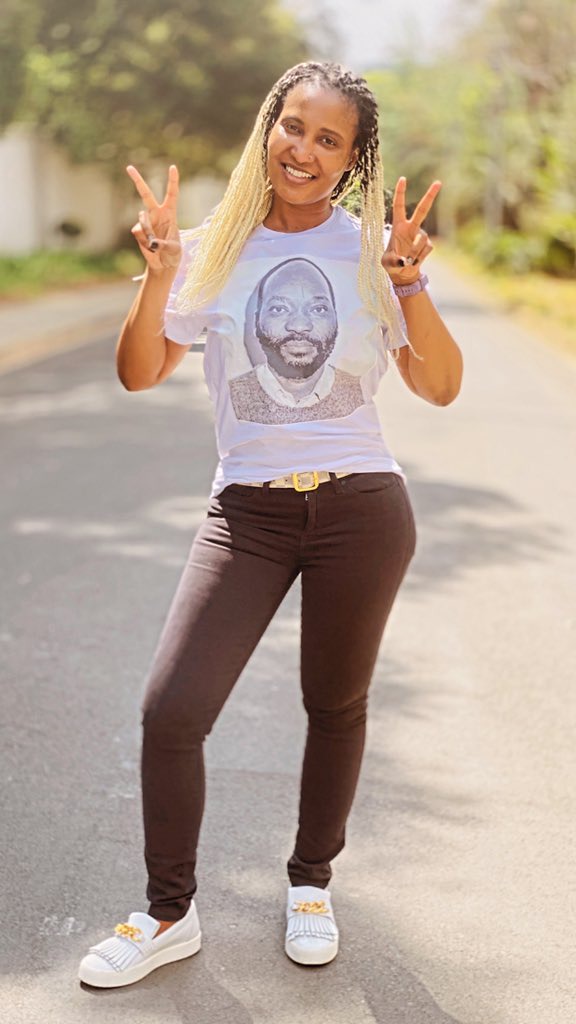 Duduzile is just troublesome. If she wanted land, she should have fought for it during the time her father was president. Other than that, she must also fight the Guptas for the state capture they did to her father. She’s looking for content and fame through fighting whites, and it makes her look like a clown.

Black_Media would like to thank all the followers and supporters for the love and support, guidance you've shown us. We promise to always deliver quality and informative articles under fashion and beauty as well as other informative current news. Please continue to guide us by commenting, liking and sharing our posts. God bless you.