The South African Police Service (SAPS) has assembled a team to investigate the rioting that has erupted in the Tshwane region in the run-up to local council elections. 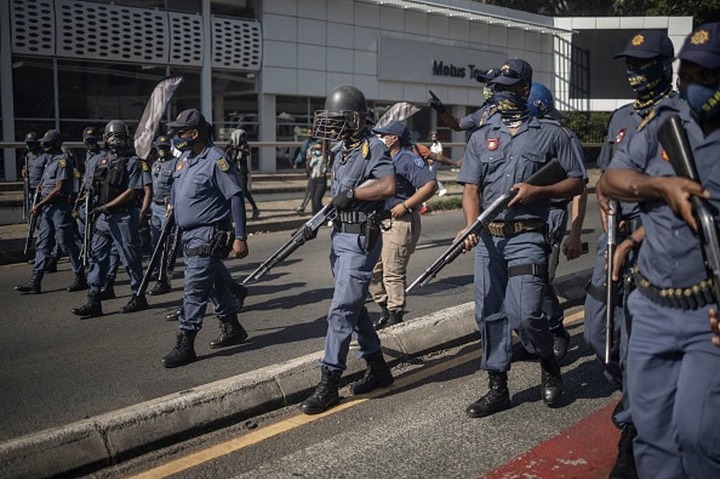 This follows after the Police Department spearheaded two community interactions in Mamelodi and Mabopane in the guise of street izimbizo. As the country approaches the 1 November local government elections, the Tshwane region has been highlighted as a hotspot for possible malicious activities influence of political conflict.

Local residents had the liberty to talk their apprehensions about neighborhood police enforcement with Police Chancellor General Bheki Cele, Deputy Minister Cassel Mathale, Gauteng Public Security and Liaison MEC Faith Mazibuko, and the SAPS leadership team from either the provincial and national government agencies during the roadside imbizo.

Many citizens expressed alarm about the rise in touch and gender-based violence-related offenses, while others expressed security worries following the assassination of a ward councilor in Mabopane.

"There are individuals who want to be council members not on the representative of the individuals in the neighborhood, but on behest of crime networks so that the hooligans they function can insist on continuing to terrorize and steal shops and businesses; there are also politicians who want their candidate of choice to run for office and genuinely think that using lawlessness and thuggery strategies will work, but it won't." "We're putting a lot of effort into this, and the SAPS and the investigative unit that has been assigned will make sure that everyone implicated in these offenses is dealt with appropriately," Cele said.

Residents have been informed by Police Minister Bheki Cele that politicians utilizing criminals to manipulate political processes will not be condoned.

Residents demanded that law enforcement agencies be brought closer to them. After the Imbizo, a portable police station has been established in the Kopanong region. Along with the present police station in Mamelodi East, this facility will serve the increasing informal settlement.

Tactical Response Teams (TRT) have also been dispatched in Mamelodi, Mabopane, and the neighboring districts as shock troops.