Opinion - Africa has long been xenophobic especially after the fall of colonization. 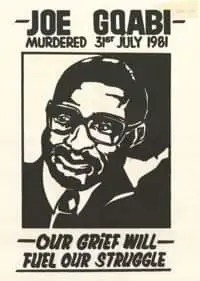 Zimbabwe’s Xenophobic Shona murders of at least 20,000 of its own citizens of Zulu King Mzilikazi’s descent.

For the ignorant among us, Mzilikazi was Amazulu King Shaka’s most trusted lieutenant who later left Zululand to found the Amandebele nation. Even apartheid Bantu Education taught us that history.

Hidden History of Robert Mugabe’s Shona Army Holocaust (more meaningful than Genocide) against the Matabele people encouraged by Rhodesian Ian Smith’s brutal former intelligence agents and the apartheid regime's spies both of whom collaborated with the paranoid Mugabe to carry out this massacre against his countrymen and women led by the legendary revolutionary Joshua Nkomo, Father of the Zimbabwe struggle, who he feared as a threat challenging his absolute power. 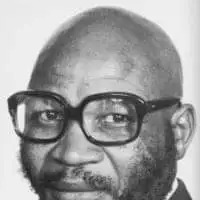 The Gukurahundi was a Holocaust in Zimbabwe which arose in 1982 until the Unity code in 1987. It derives from a Shona language term which loosely translates to "the early rain which washes away the chaff before the spring rains".

Mugabe was surrounded and infiltrated by Ian Smith’s Central Intelligence Organization (CIO) whose members later escaped to apartheid South Africa to commit brutal acts against our people in the black townships and commuter trains in Johannesburg in the 1986.

In fact, Mugabe’s personal bodyguard after the liberation of Zimbabwe was a white former Rhodesian CIO Intelligence agent, Geoffrey Pierce.

The British government and media downplayed this Genocide:

Mugabe dearly loved the British colonizers of his country until he piss€d them off and they with their Western allies imposed the crippling sanctions which destroyed the emerging Zimbabwe economy.

Personally, I defended Mugabe after he was constantly attacked by all sorts of imperialists and black Judases and was shocked and disappointed to find out about these skeletons in the darkest closets of Zimbabwe.

In fact, apartheid’s intelligence even used their access to Zimbabwean intelligence to assassinate our great guerrilla leader, Joe Gqabi, in Zimbabwe, by a secret cell led by the same Geoffrey Pierce, who was Mugabe’s bodyguard. Gqabi could have succeeded OR Tambo as the ANC leader in Exile.

Thousands of these CIO mass killers, black and white, are happily living in South Africa with apartheid’s own war criminals and Askaris and nobody seems to care about these murderers roaming our streets.

South Africa is the only country where mass murderers of all colors and stripes are untouchable. 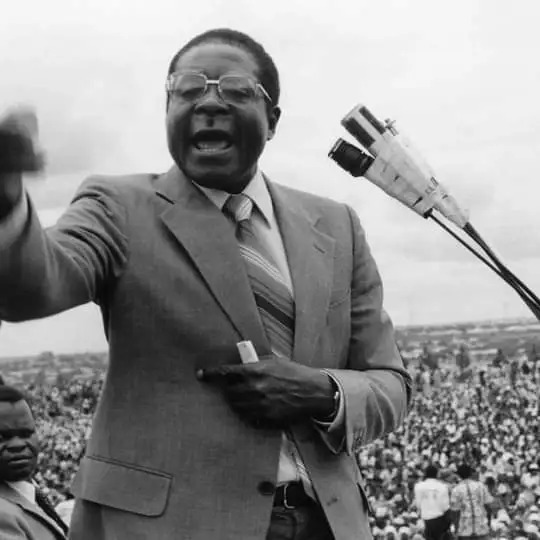 ZANU recruited mainly from the majority Shona people, whereas ZAPU had its greatest support among the minority Ndebele. In early 1983, the North Korean-trained Fifth Brigade, an infantry brigade of the Zimbabwe National Army (ZNA), began a crackdown on dissidents in Matabeleland North Province, a homeland of the Ndebele. Over the following two years, thousands of Ndebele were detained by government forces and either marched to re-education camps or summarily executed. Although there are different estimates, the consensus of the International Association of Genocide Scholars (IAGS) is that more than 20,000 people were killed. The IAGS has classified the massacres as a genocide.

Zimbabweans who flooded South Africa after 1994, have no moral right to accuse anyone of Xenophobia after what their government did to their own Black people in the 1980’s.

Footnote: I urge all African scholars, historians, brothers and sisters to do their own research on our history and discover the truth about our corrupt leadership.

Truth must always be the goal and must prevail.

Residence Of Tshiozwi Dealt With Criminals In Their Own Way, See What They Did to Them

Japanese Army VS Crocodiles: Bloody History Of How 500 Japanese Soldiers Were Eaten By Crocodiles

The Community Dealt With The 2 Venda Men After This

Sensitive: it Ended in Tears For Criminals Who has Been Abusing Community Members in Limpopo

Chris Hani Residents Don't Play, This Is What They Had Done To A Shack Of A Suspect

If You Steal A Lady Successfully, She Becomes Your Wife In This Culture

2 Woman Have Been Murdered By Partners Who Were Out On Bail.

The Culture That Flogs Men Before They Are Allowed To Marry

A Fulani Ex-Muslim man recounts how he met Jesus who told him that he is the way, the Truth & Life.