By JeanettB (self media writer) | 5 months ago 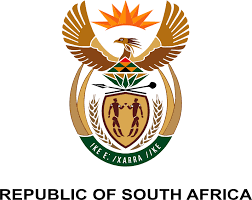 Emotions are running high as a number of South Africans took to social media how they did not support the decision of the Anc of making Nosiviwe Mapisa-Nqakula as elected with 199 supporting votes as the new speaker of the national assembly as #VoetsekANC is currently trending, as the President reshuffled the cabinet. Followers on social media expressed their view that they did not like the corruption that the party potrays.

Anyone who speaks out against the establishment, gets targeted. You speak about Pravin, lies get written and you become a target. Nosiviwe Mapisa-Nqakula is not liked by #ThumaMinaMediaGroup and their bosses, she gets elected speaker, jiki jiki she’s under investigation

Nosiviwe Mapisa-Nqakula who is known for her total disregard of the rules and blatant disdain for the public is now the speaker of parliament. You can't even still imagine that Cyril Ramaphosa and the ANC know what they are doing, this is just stupid! #VoetsekANC

Good morning everyone except corrupt Speaker of @ParliamentofRSA

Other users seemed defensive of the new speaker of the national assembly:

Their latest target is the new Speaker of Parliament, Nosiviwe Mapisa-Nqakula. They want her out.

More about our new speaker of the national assembly:

She was born in 13 November 1956, and currently married to Charles Nqakula. Gender and women issues are close to her heart, and she was a founding member of the East London Domestic Workers Association in the 1980s. A fearless anti-apartheid struggle activist, She has dedicated her time and efforts to the liberation of the oppressed people of South Africa. She served in various structures of the ANC and was a National organiser, Secretary General and President of the Women's League and member of its National Executive Committee of the ANC.

Content created and supplied by: JeanettB (via Opera News )