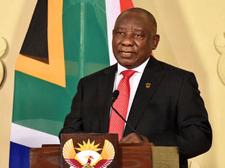 KwaZulu-Natal DA director and mission administrator Dean Macpherson gave an assertion on Thursday early evening time saying that the dubious 'us versus them' nearby government political race banners that had been raised in the Phoenix region, and were likewise to be raised in different pieces of eThekwini, were currently being eliminated.

"In my genuine work to respect the fortitude and gallantry of honest residents who were left to fight for themselves during the July uproars and rebellions, the banners have remorsefully made harmed certain individuals. I'm profoundly grieved and apologize for this," said Macpherson.

The two-level banners are marked with the DA logo, but on a more obscure blue foundation, and read: "THE ANC CALLED YOU RACISTS THE DA CALLS YOU HEROES."

The reference is to the rough uproars and plundering that inundated enormous pieces of KwaZulu-Natal, and less significantly Gauteng, in July and prompted the passings of 359 individuals from one side of the country to the other – by far most of them in KwaZulu-Natal.

However, of those passings, 36 were in the Phoenix region, and it is this that started racially charged contention.

The passings of these for the most part dark inhabitants – from adjoining settlements – that prompted cross country shock at the hour of the uproars, as it seemed they had been focused on by occupants of the dominatingly Indian municipality. 43 individuals were captured and a few cases are under the steady gaze of the courts.

(For an itemized record of what occurred, kindly see : July Unrest: what truly occurred in Phoenix)

Macpherson had recently attempted to protect the informing of the banners when met by Daily Maverick on Tuesday, saying:

"Throughout the previous three months the ANC has circumvented this territory, and all the more especially the city [of eThekwini], calling everyone bigot for guarding their properties, safeguarding their organizations, shielding their families and their networks. That is an unavoidable truth.

"The subsequent point is that we fervently can't help contradicting that. We don't prefer that. We feel that the ANC has utilized the race card to conceal the horrible struggle and harm that has been caused for the city on the grounds that the ANC chose to have a family contention on our roads, costing billions of rands and many lives.

"We believe that anybody that really stood up, was the blue line between absolute insurgency and turmoil that we were exposed to, [and] are saints."

It is perceived that the banners additionally caused divisions inside the actual DA, with a few councilors let Daily Maverick know that they discovered them "harsh" and "coarse", yet that Macpherson, and party pioneer John Steenhuisen, had "multiplied down" on their need.

Without a doubt, Steenhuisen safeguarded the phrasing on the banners this week when stood up to by writers.

Macpherson's tune might have changed, no question under coercion, yet Steenhuisen was at this point to give an assertion at the hour of distribution.

In his assertion, Macpherson fights that the banners were "unsanctioned by the DA chief, party designs and party crusade authority" and would in this manner be eliminated.

"Now and again in legislative issues our words might be inadequately picked, however I wish to guarantee general society, without inconsistency, that my goals are consistently earnest.

"My planned message was that in the huge void made by a weak state, incapable to get South Africans' homes and organizations during the mobs, some chivalrous inhabitants had to stand up and do what the police and armed force couldn't do. This activity was met with charges of prejudice from the ANC.

"I remain unfalteringly dedicated to all individuals in South Africa, joined in our variety, and our mission will keep on showing South Africa that main the DA can and will finish things."

Macpherson had recently attempted to water down the manner in which the message was seen – as one stirring up racial pressures – by let Daily Maverick know that the ANC-drove eThekwini organization had supported the banners.

"The main individuals who have been stirring up racial strains have been the ANC and the EFF by calling all Indians bigoted ruthless executioners," he said.

The ANC in KwaZulu-Natal had depicted the banners as "a sickening demonstration of the DA to set individuals in opposition to one another".

"It shows the genuine nature of the DA that is frantic to a degree of spreading deceives acquire votes. Their activities uncover that they are a party that will do anything as they flourish through making division and propagating prejudice."

‘Deeply sorry’ DA changes its tune over ‘us vs them’ posters in KZN (msn.com)