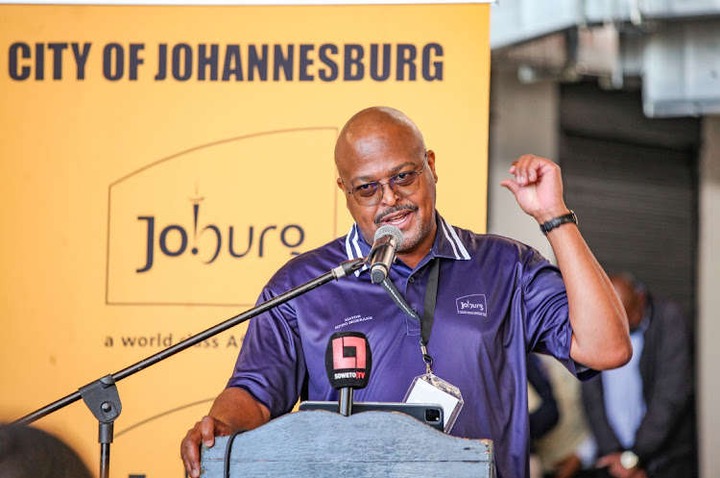 Several political parties have taken advantage of a scheduled three-day water shutdown in several sections of Johannesburg, including the metro center where the City of Johannesburg council is located, to finish coalition discussions with one another.

After the local government elections on November 1, this meeting would have been the first meeting of the council after the elections.

Although Moerane declined to comment on coalition conversations, he said that "Rand Water has a scheduled water shutdown, and in accordance with Covid-19 laws, you cannot have 300 people or more in one room without water for hours." It has been decided to postpone the meeting till November 22nd as a result.

City of Johannesburg acting city manager Floyd Brink said the water shutdown will have a direct impact on Randburg, Roodepoort, Johannesburg west and south as well as a number of other regions, including Soweto, in a memorandum addressed to councillors on Saturday.

In his letter, Brink said that "the availability of water and excellent sanitation is crucial, and as a result, the city must comply with the occupational health and safety legislation as well as the disaster management act."

Following the announcement of election results on November 6, political parties had until November 23 to create local government administrations, which is 14 working days after they were proclaimed in compliance with the municipal structures statute.

By-elections might be held within 90 days in the event of hung councils, when coalitions were unable to be effectively established in order to create a government. Those in charge of co-operative governance and traditional affairs in the province would be required to make a declaration.

When ActionSA president Herman Mashaba rejected a coalition pact with the red berets and the ANC over the weekend, he effectively ruled out any potential of cooperating with the EFF in the future.

In his statement, Mashaba said that the fundamental problem was that the agreement was contingent on the backing of the ANC, despite the fact that ActionSA had previously stated that it would not collaborate with the ANC.

The EFF's Julius Malema is reported to have told party supporters in Mthatha on Saturday, where he presented AbaThembu king Buyelekhaya Dalindyebo with an R1.8 million Mercedes-Benz SUV, that the party wanted to govern Tshwane but was willing to see the ANC control Ekurhuleni and have Mashaba in charge in Johannesburg if that meant the ANC controlling Ekurhuleni.

Mashaba said that ActionSA will meet with the DA and other political parties in order to continue discussions about forming a coalition.

negotiations with the DA and other parties are still underway in attempt to make up the shortfall in numbers." In the next day or two, we'll be meeting in order to finalize agreements, but we still have a long way to go and are still negotiating," he said.

Mashaba insisted that he was not pursuing the mayoral chain, and that what he wanted was a stable coalition in which all parties involved would work together to provide services and put the needs of the people first.

When asked about what will happen next now that Mashaba had rejected their offer, EFF vice president Floyd Shivambu denied to provide any information.

"We don't speak about these topics with the media." "Once everything has been completed, we will issue a statement," Shivambu added.

The African Christian Democratic Party (ACDP) was elected to three seats in the Johannesburg City Council.

"We have a meeting scheduled for tomorrow with leaders of the opposition, not the ANC, but the DA," he said further.

Gayton McKenzie, the president of the Patriotic Alliance, whose party received a total of eight seats in the election, stated on social media that he will meet his supporters and provide an update on coalition negotiations yesterday.