The ANC NASREC conference has featured greatly in most of the political discussions that took place in South Africa amongst leading South African Political Analysts and as well as South African intellectuals. And now, the former Eskom CEO Matshela Koko has invoked that NASREC conference to indicate that post that Nasrec the ruling party the ANC has been extremely arrogant and disastrous. 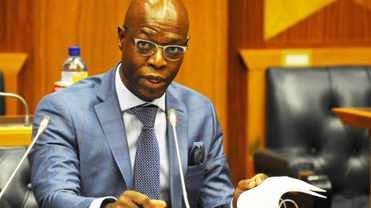 Matshela Koko remarks comes at time when the ruling party the ANC has suffered massively in recent days. Just on Monday, the ANC lost two mayoral positions in two of South African biggest metros. On Monday, Mzwandile Masina who was the mayor of Ekurhuleni City prior to this year local government elections found himself losing the mayorship to one a DA member.

And in the City of Johannesburg, the ANC candidate also lost to a DA member. Now, many South African people are eagerly waiting in anticipation to see how will things unfold in the City of Tshwane.

In the meanwhile, Matshela Koko as already alluded above has taken to Twitter to express his views in light of recent developments. Matshela Koko's tweet reads as follows "Kgalema Motlanthe must be extremely happy that the ANC arrogance is being sorted out.

I must confess that the ANC post NASREC has been extremely arrogant and disastrous. 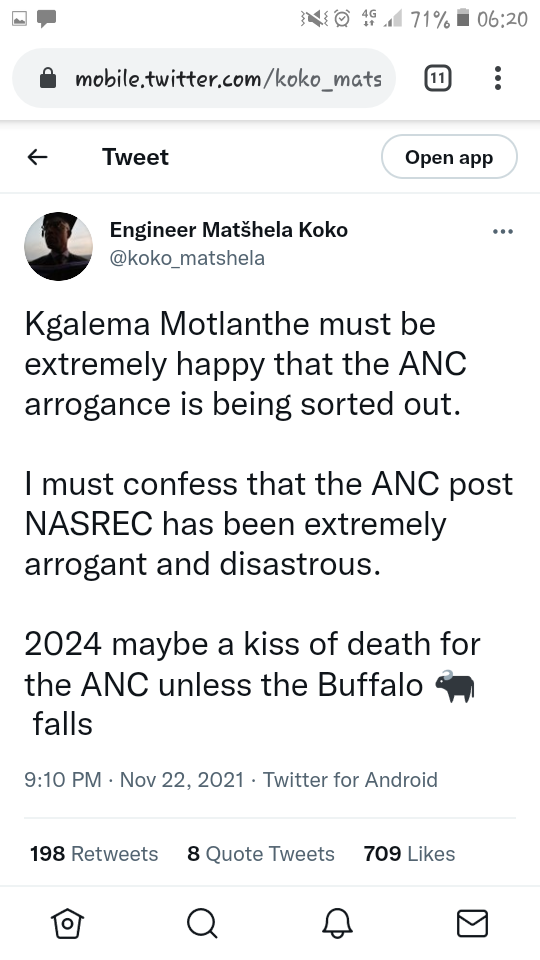