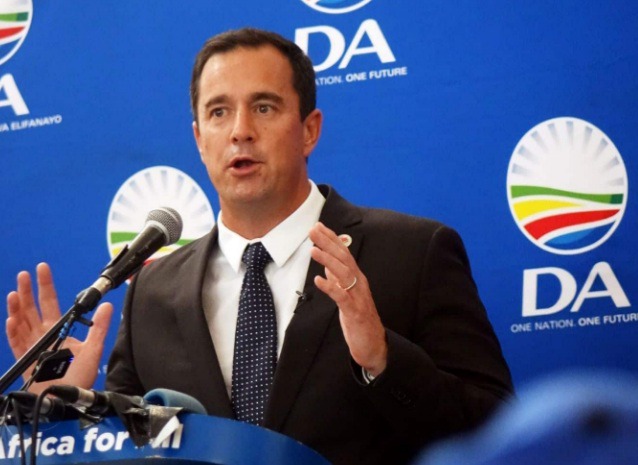 The party said the scandal is too serious of a case and parliament had to urgently establish an ad hoc committee to probe it before August.

In a letter Steenhuisen wrote to the parliament speaker Nosiviwe Mapisa-Nqakula, he said the current committee didn't have the capacity to investigate the matter.

"I have today written to the speaker of the national assembly, Nosiviwe Mapisa-Nqakula, requesting that she urgently establish an ad hoc committee to investigate the matter.

"This is in addition to the nine action steps the DA announced last week to get to the bottom of what really happened at Phala Phala". Steenhuisen said.

Former spy boss Arthur Fraser has claimed that the president concealed from authorities a theft at his farm in 2020.

The criminal complaint laid by Fraser recently against Ramaphosa, in which he claims to have videos, bank accounts statements, about the theft at president's farm is puzzling.

The fact that such allegations which are purported to have occurred in 2020, are only emerging now prior to the ANC policy conference and subsequent elective conference, seem to been driven by ulterior motives.

In 2020, undisclosed sums of US dollars concealed in the furniture in the farm of Ramaphosa had been unlawfully removed from the president's farm and the theft was never officially reported.

Steenhuisen has also written to the Federal Bureau of Investigations (FBI) to investigate allegations of possible money laundering.

Ramaphosa subpoenaed by Advocate Mpofu after he turned down his invitation

Mzansi Impressed After Sithelo Shozi Shares Successful Photos, Before And After Surgery

3 Things That Happen To Men When They Don't Mate - OPINION

Here Is Why Stellenbosch Is Conducting investigations.