Earlier today, news reaching us says that South Africa Police Service (SAPS) has been stopped from arresting a foreigner in Gauteng province. You could recall there have been several cases of foreigners violating the laws and involving in criminal activities in the country.

According to sources, the foreigner identified to be a Nigerian man resisted arrest with the help of Nigerian police at the spot. He was was allegedly supposed to be arrested but the presence of Nigerian policemen hindered SAPS from arresting him.

While watching the video, it seems that Nigerian police in South Africa have rights to interfere against any attack or arrest against their countrymen. They were confident enough to stop SAPS from doing their work although there was no vital known reason for the man's arrest. The Nigerian police was seen asking SAPS member what crime the man commit, but there was much chaos for any answer to be given at the moment. After video was shared online, many South Africans poured out their opinions on the comment section. Below are screenshots of people's reactions on the video.

@Wakashe, I wonder if they can resist arrest with the same energy and determination in their country of origin. To enter into some kind of scuffle with the police is a risky business. Police firearms can be stolen thus get used elsewhere for all the wrong reasons. Police guns can go off and someone gets fatally wounded.

@Ngyunge, They made them their friends by always taking bribes from the dealers and now they are exposed. Police need to act like police in order to do proper and effective policing. 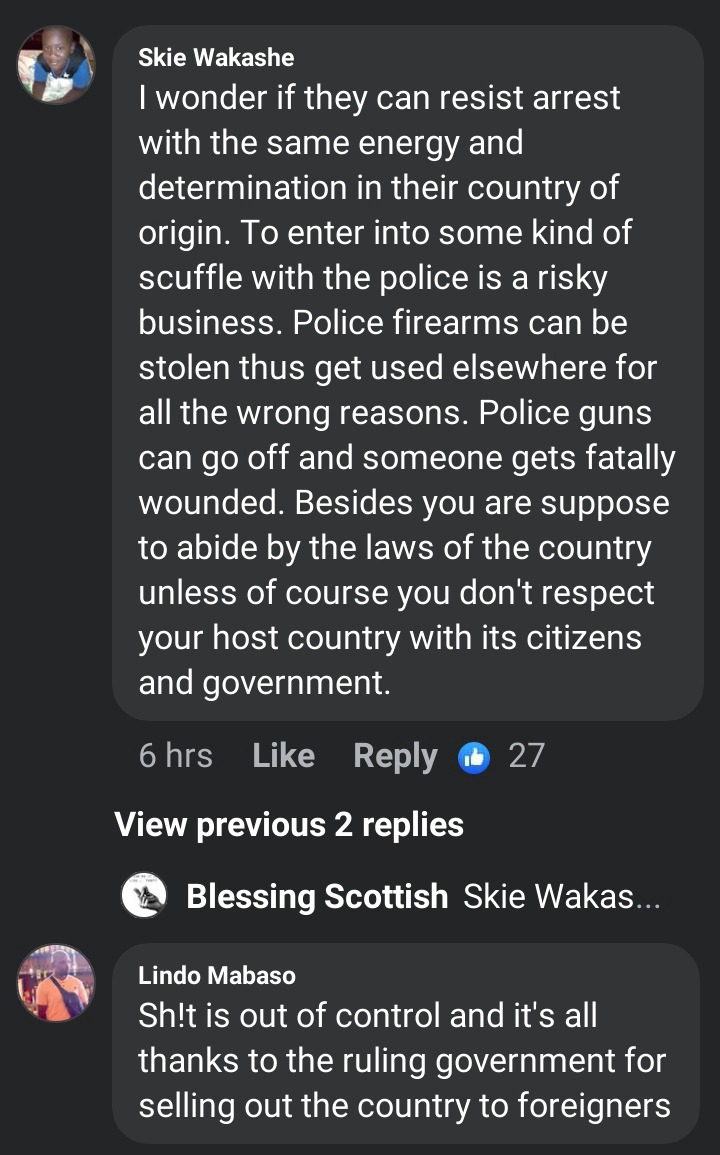 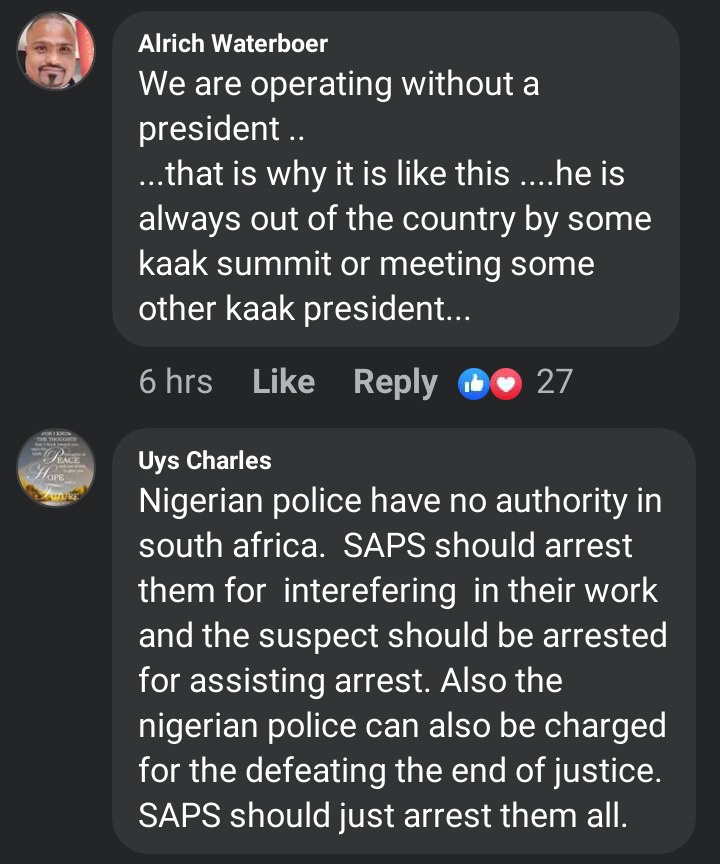 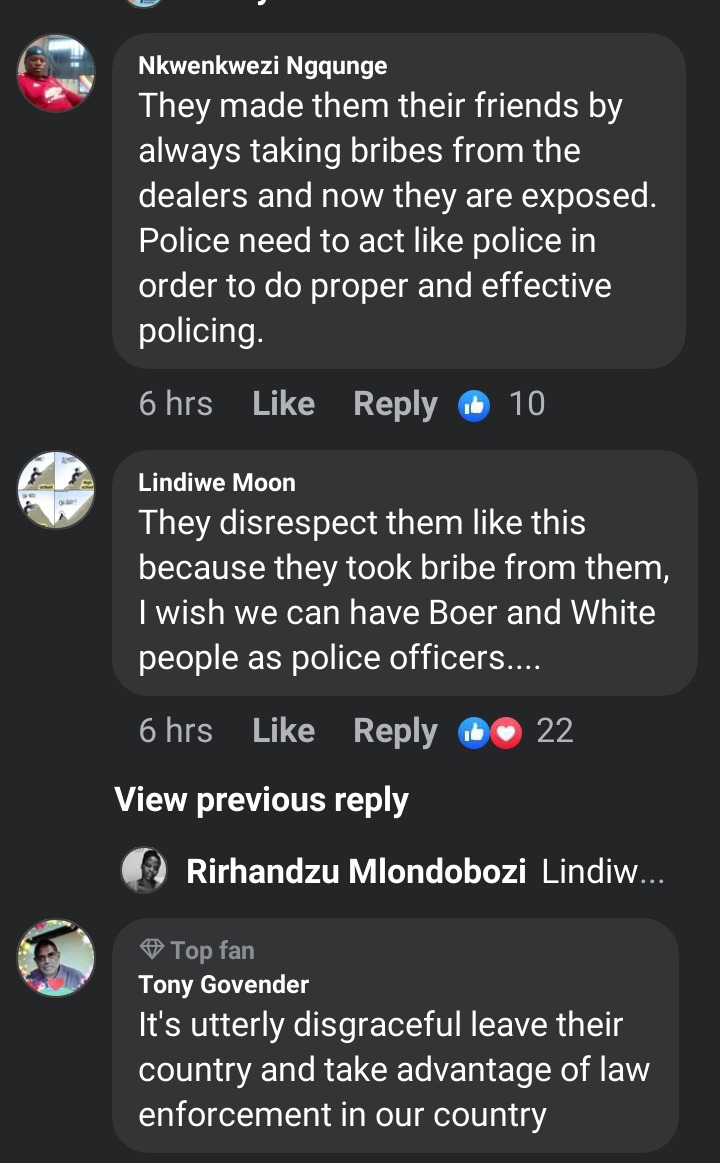 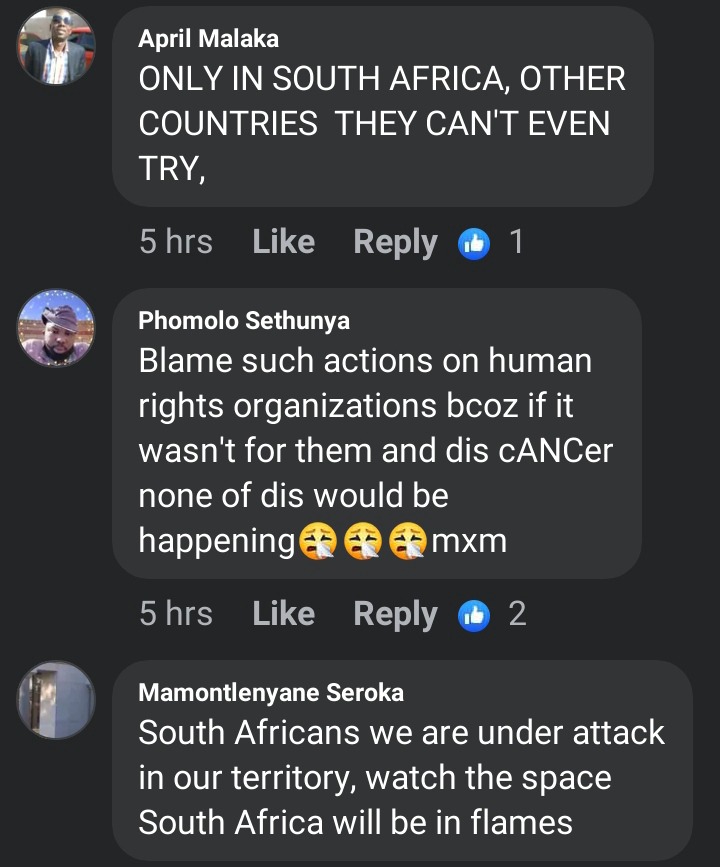 Do you think Nigerian police did the right thing by defending their countryman? Did they disrespected the laws of the country by opposing SAPS? Kindly say your thoughts in the comment section and don't forget to follow me for more interesting updates.