Former Minister 9f finance Tito Mboweni is unapologetic. He left everyone speechless when he decided to show off his meal which was prepared by his niece Khensani. Mzansi could not help but to gush over Tito Mboweni's meal.

Former minister took it to his twitter page where she was seen showing off his meal. On the picture he is niece Khensani prepared him pap and chicken feet.

With caption: "My niece, Khensani decided to cook this for me today. I don’t know.. Anyway, that’s dinner today." Mzansi could not help but to notice that in the table there is a glass of wine. Mzansi have been wondering asking him why there is glass of wine in a table and how do have pap and chicken feet with a glass of wine? He dig in with his bare hands to solve-X in this plate. Hs hands will be dirty after eating and he will use the same hands to hold a wine glass in the process.

Tito Mboweni is popular known as the former minister of Finance who have been loyal for many years. Tito Mboweni was the Minister of Finance of the Republic of South Africa from 9 October 2018 to 5 August 2021. He was Minister of Labour from May. Tito Mboweni Is not afraid to show off his food. In many occasions, Tito Mboweni is seen preparing g dinner for himself. At the moment it's not clear whether he has a wife or not. We have have not seen him with any woman. It's nor clear at the moment, there is not recording of him being married or in a relationship. 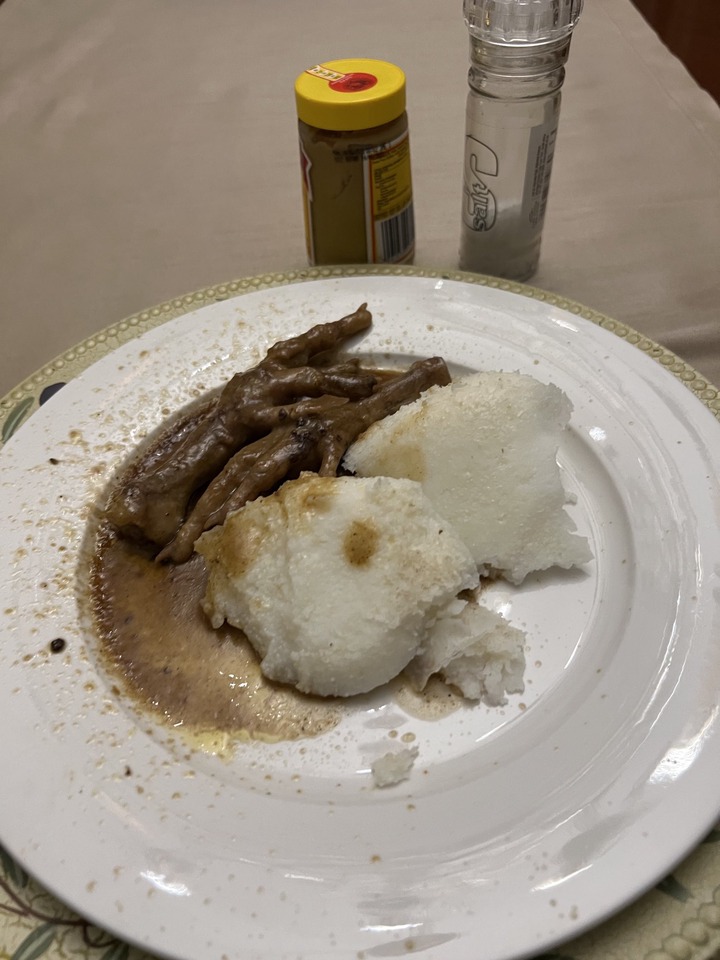 At least now we're pleased to hear about his niece who have visited him and prepare food for him.

What is your thought in this meal? Do you like chicken feet or not.