“Why Do You Want The Government To Own All The Lands?” — White Man Ask Julius Malema

By Erapoetblog (self media writer) | 24 days ago

A white political analyst, Dave Gaybba is not pleased with Julius Malema's ideas that the government should own the means of production, which is land. Most of the land in the country is under the control of white farmers and one of the main ideologies of Julius Malema is to expropriate these lands and bequeath it to the government who will then be in charge of the means of production. Julius Malema and members of the Economic Freedom Fighters political party believe that whoever controls the means of production is the one that control the economy. They believe that white people control the economy because they are the ones controlling the land. However, many white people think that Julius Malema is against them, and they periodically call him a racist and anti-white politician. They already updated his Wikipedia page to include the anti-white information. 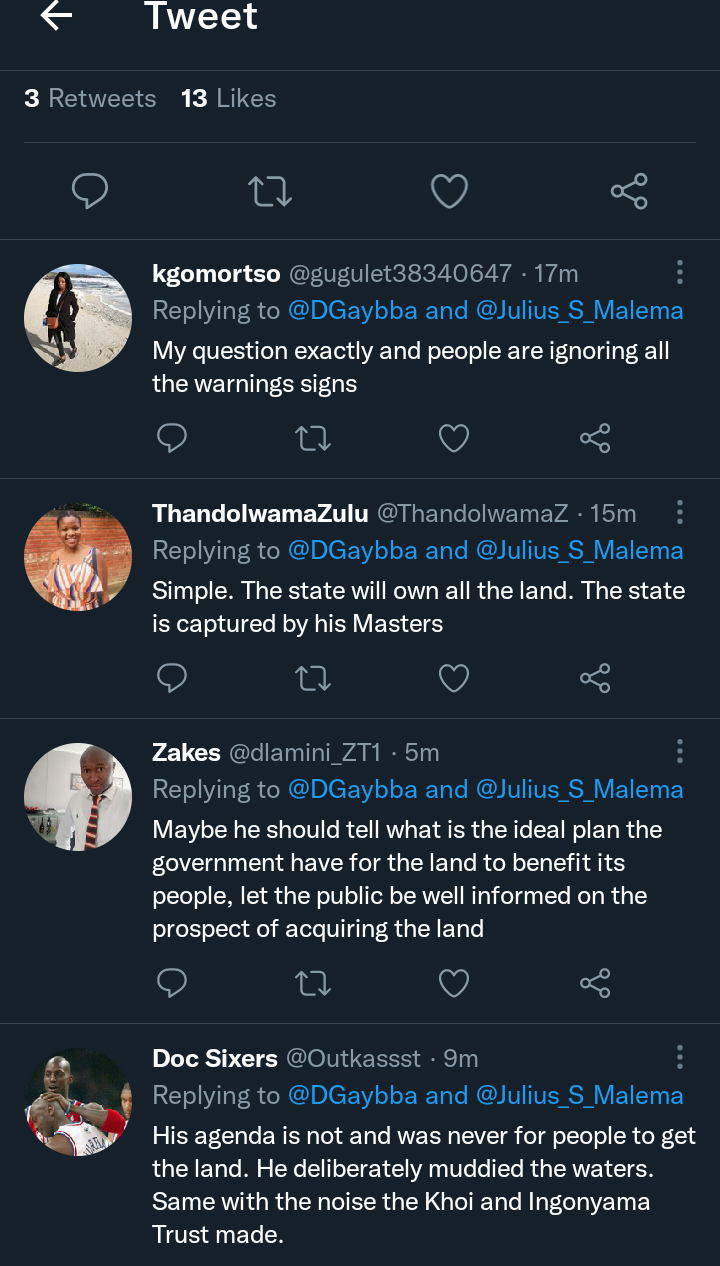 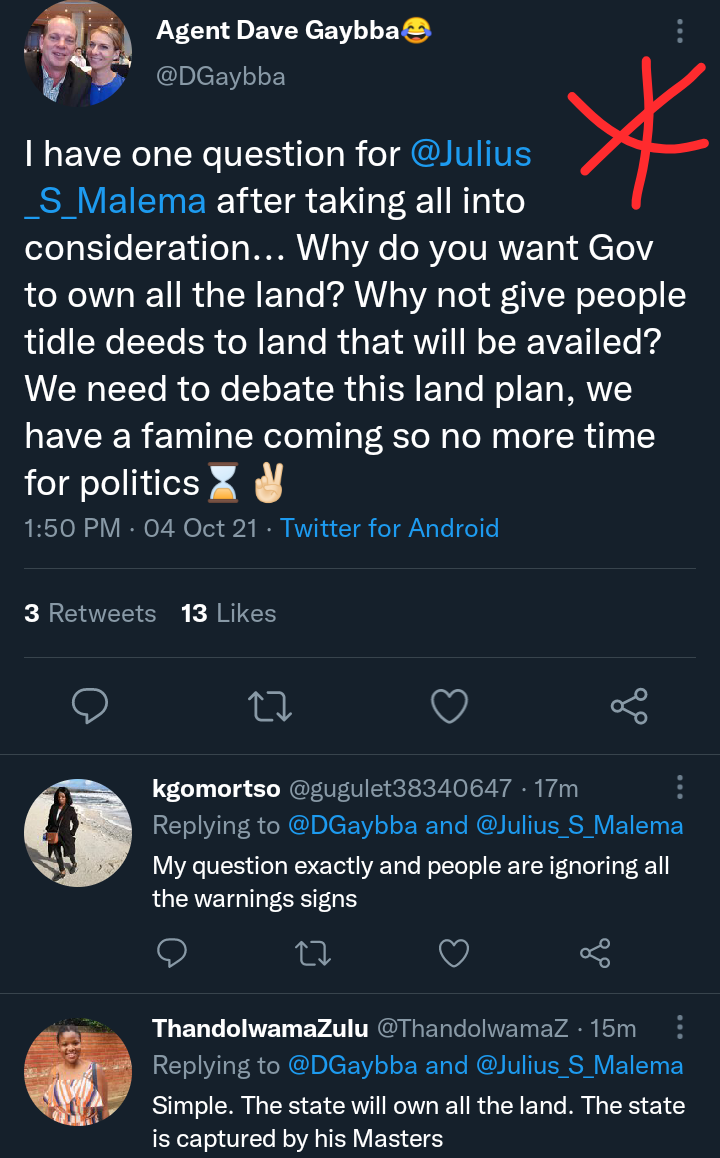 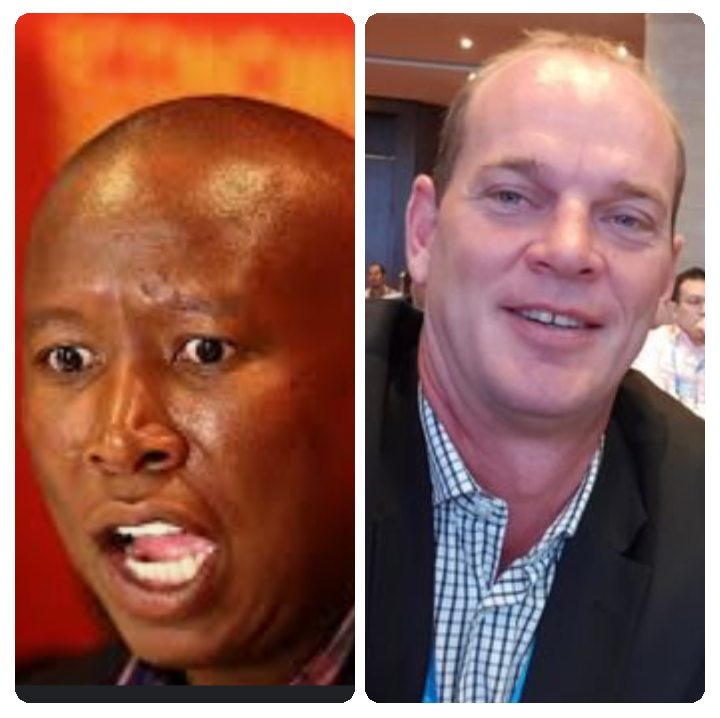 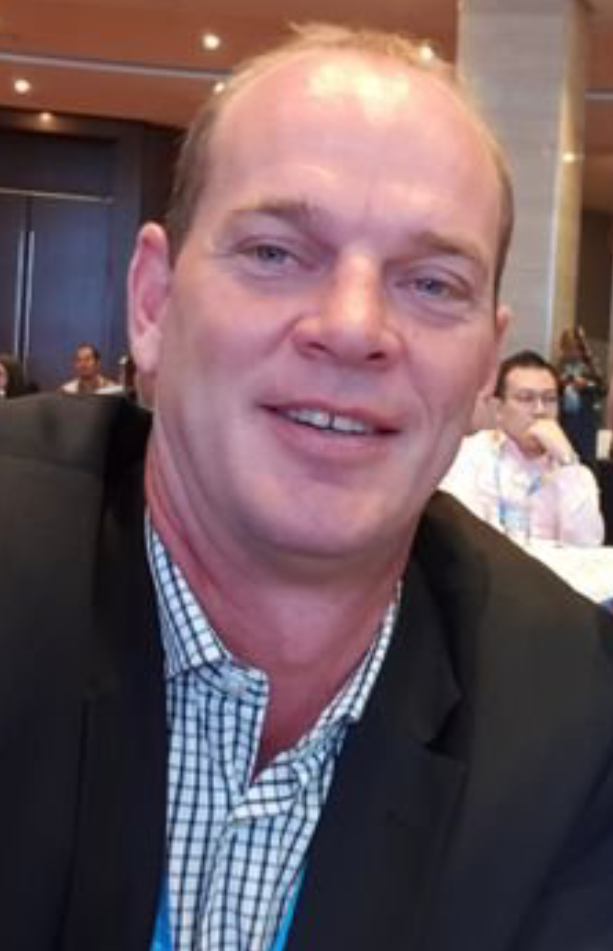 Further, one of the people who do not like Julius Malema's ideas is the popular critic of President Cyril Ramaphosa, Dave Gaybba who said that Julius Malema's policies will lead the country into a great famine. He said that the country will be plunged into a terrible state of hunger. He said that he cannot fathom why Julius Malema want to take away lands from their owners to the government. Furthermore, he wrote on Twitter, “I have one question for @Julius_S_Malema after taking all into consideration… Why do you want Gov to own all the land? Why not give people title deeds to land that will be availed? We need to debate this land plan, we have a famine coming, so no more time for politics”. Many people think that what happened in Zimbabwe when the government of the late dictator, Idi Amin took all the lands from white farmers and expelled them from the country. They said that Julius Malema is trying to replicate Idi Amin in a modern South Africa. 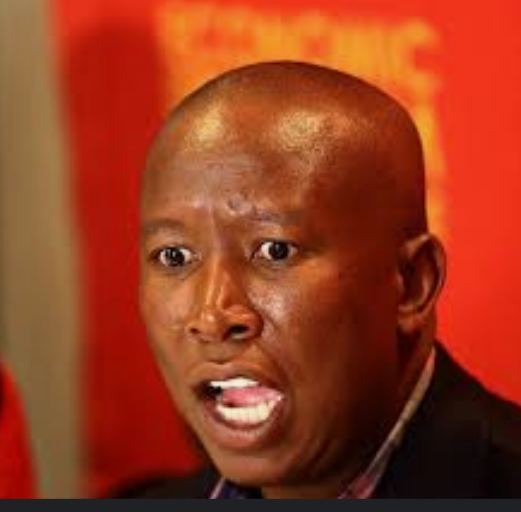 Another South African said that he never trusted Julius Malema and his policies. He further disclosed, “His agenda is not and was never for people to get the land. He deliberately muddied the waters. Same with the noise the Khoi and Ingonyama Trust made. Maybe he should tell what is the ideal plan the government have for the land to benefit its people, let the public be well-informed on the prospect of acquiring the land”. How will the government share the land if they acquire all the lands?