Look what people spotted & noticed about Zuma, in a video that he recently made. Interesting

By Sphithiphithi_Evaluator (self media writer) | 19 days ago 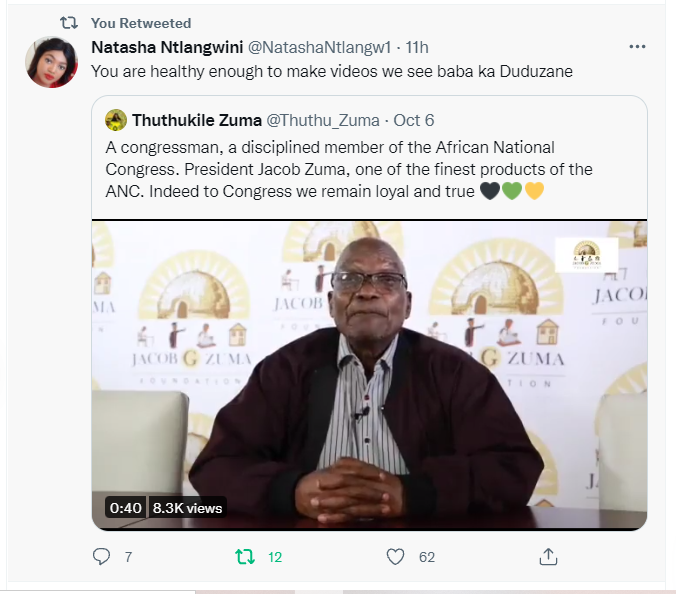 The former president of the republic of South Africa, His Excellency, Jacob Zuma, has made a dividing video, for the first time, after being released from jail. He has been long missed by his supporters, and some were delighted to see him on a video. Jacob Zuma is comfortably sitting at his home in Nkandla, and having a great time with his family. His incarceration was politically motivated, however, Jacob Zuma does not seem to wish bad to the ANC. The current leadership of the ANC is aware how crucial it is to win many municipalities in South Africa. At this moment, the ANC is shaking and oppositional parties are seeing an opportunity to capitalize on. Jacob Zuma is an important figure in the campaigning mission of the ANC. He is greatly loved by many people, and his incarceration could make them turn their backs against the ANC at the voting stations.

Jacob Zuma went to jail, and his health took a huge turn, due to the psychological impact prison had on him. He was quickly rushed to the nearest military hospital and taken for assessment and inspection for a long period. Jacob Zuma complained about trauma he suffered in previous years. He needed medical attention, and it was one of the reasons that led to him going to Cuba and spending months of admission to health facilities. He is an old man who could have avoided prison, if he only complied with the rule of law and not misuse power. Jacob Zuma disrespected the constitutional court of South Africa, by failing to appear at the Zondo Commission and defending himself against the charges brought upon him.

In the recent video taken by Jacob Zuma, campaigning for the ANC and telling his supporters to vote for the ANC, has left South Africans talking. Jacob Zuma looks healthy and fit, he does not look like someone who just came out of hospital. “You are healthy enough to make videos we see baba ka Duduzane”, one of his supporters declared that Jacob Zuma is healthy, and looks delighted. 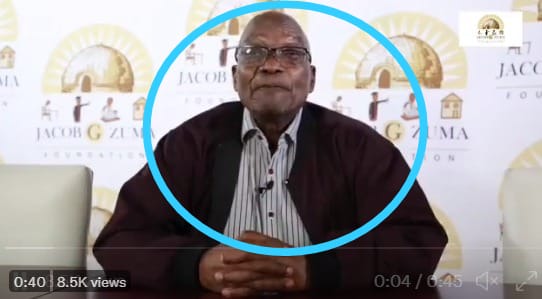