Is He Now RET? - Tito 'Fires' A Thinly-Veiled Barb At Cyril

ANC NEC member and former Finance Minister, Tito Mboweni is a man who has seemingly regained his political consciousness since he was unceremoniously dispensed with by President Cyril Ramaphosa in his first Cabinet reshuffle since taking office in May 2019. 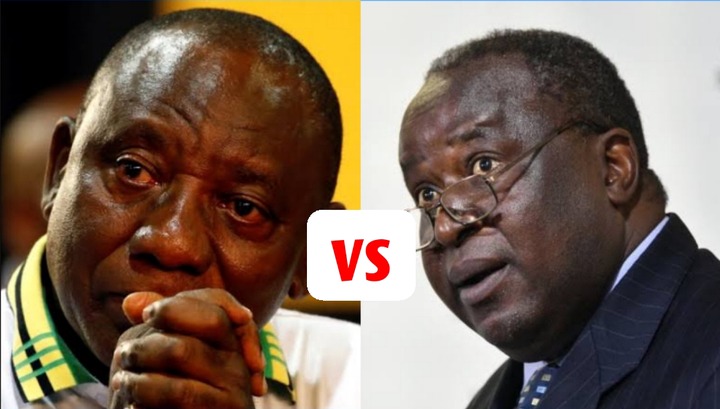 People who used to follow Mboweni on his social media platforms just before he became finance minister in 2018, would still remember that he was notoriously famous for his no-halls barred approach with regards to the policy direction of the ANC and essentially of the country.

His ideological posturing was mainly predicated on the Radical Economic Transformation (RET) agenda, but that was before it was appropriated by some ANC leaders to become a code for looting and a faction. 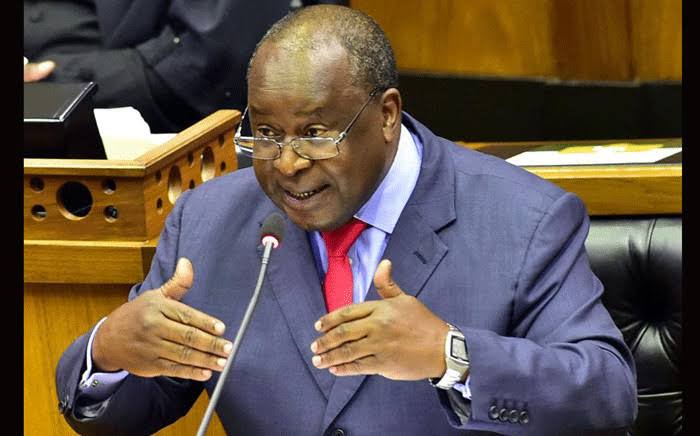 Mboweni, among other aspects of policy, championed the formation of a State Bank, sovereign wealth fund, free decolonised eduction etcetera. Which is why he galvanised huge support base on social media, particularly from the youth, because his thoughts resonated with them.

However, on Tuesday, Mboweni, who at most times has this propensity to use riddles and meandos, left twitter in silos again, when he fired a thinly-veiled barb at President Ramaphosa. 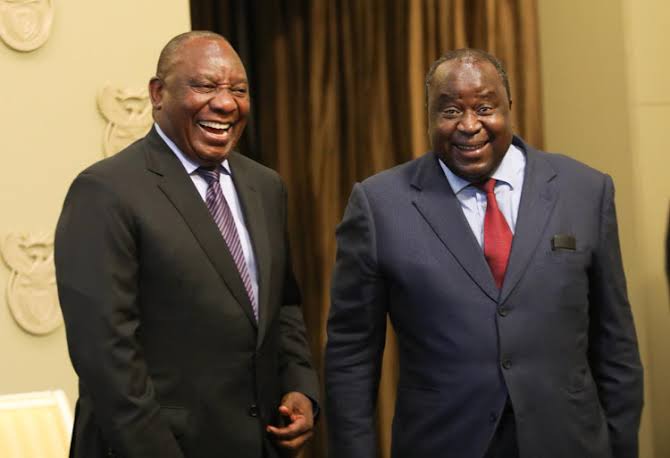 It was thinly-veiled, because it was a question regarding the relationship between the National Union of Minerworkers (NUM) and the ANC.

"Today’s question: How many former National Union of Mineworkers leaders also became ANC leaders? Is there a symbiotic tie between the NUM and the ANC?" Mboweni asked. 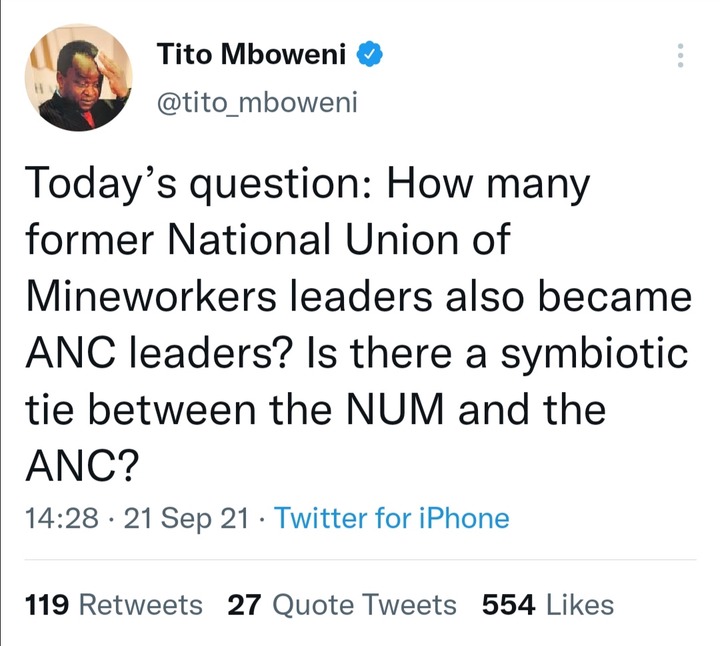 It is a well-known fact that the NUM which was founded by President Ramaphosa in 1982, has created three Secretary Generals of the ANC. 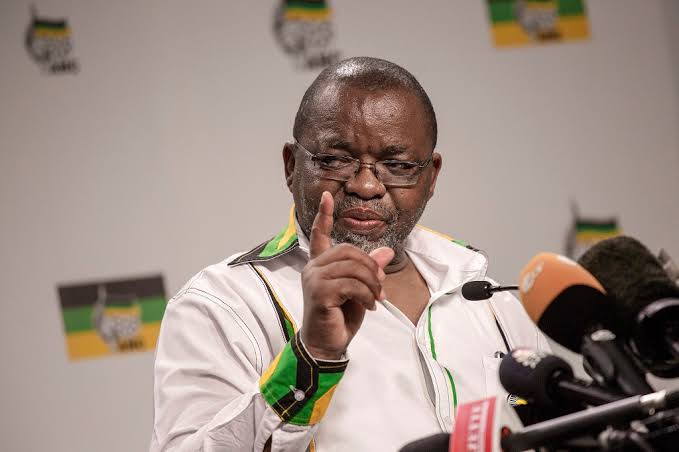 Mboweni's tweet looks innocent, but one can easily infer that, there has been speculation for years, that the NUM was formed at the behest of mine bosses who were predominantly white if not all.

As such, Union leaders allegedly benefitted from such relationships, with some eventually becoming billionaires and multi-millionaires owning shares at various mine companies.

Many on twitter weighed in on the matter, asking Mboweni to elaborate more, and even asking him to reveal what he knows of the relationship. Others though, chose to decipher the relationship in the sense that the ANC decided to make Union leaders Secretary-Generals because of their ability of recruitment.

What do you make of Mboweni's tweet. Do you think there is more to it than meets the eye? 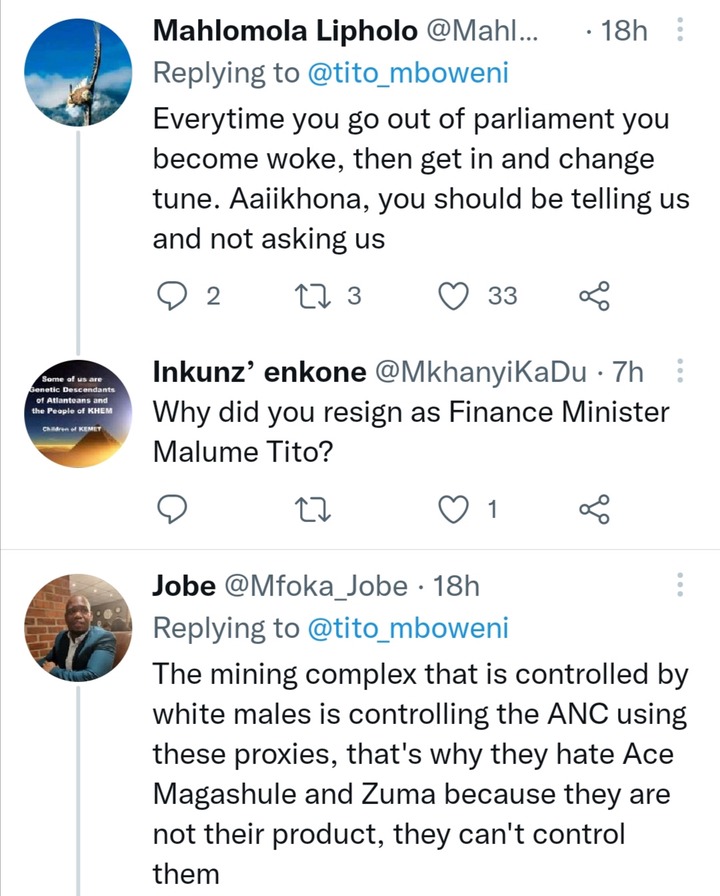 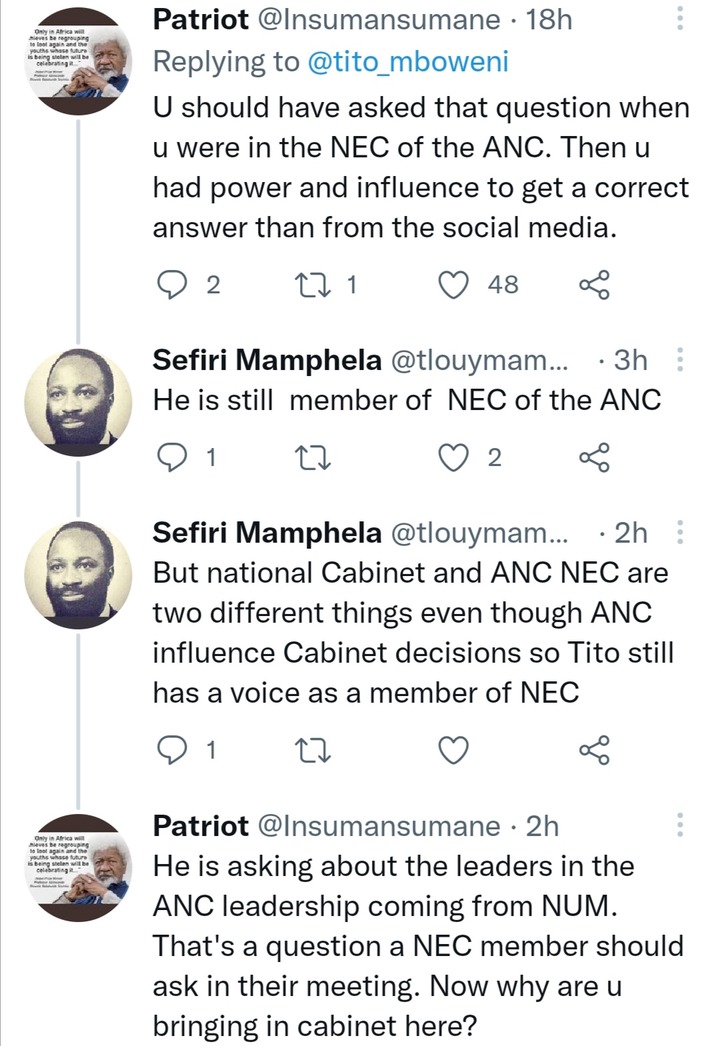 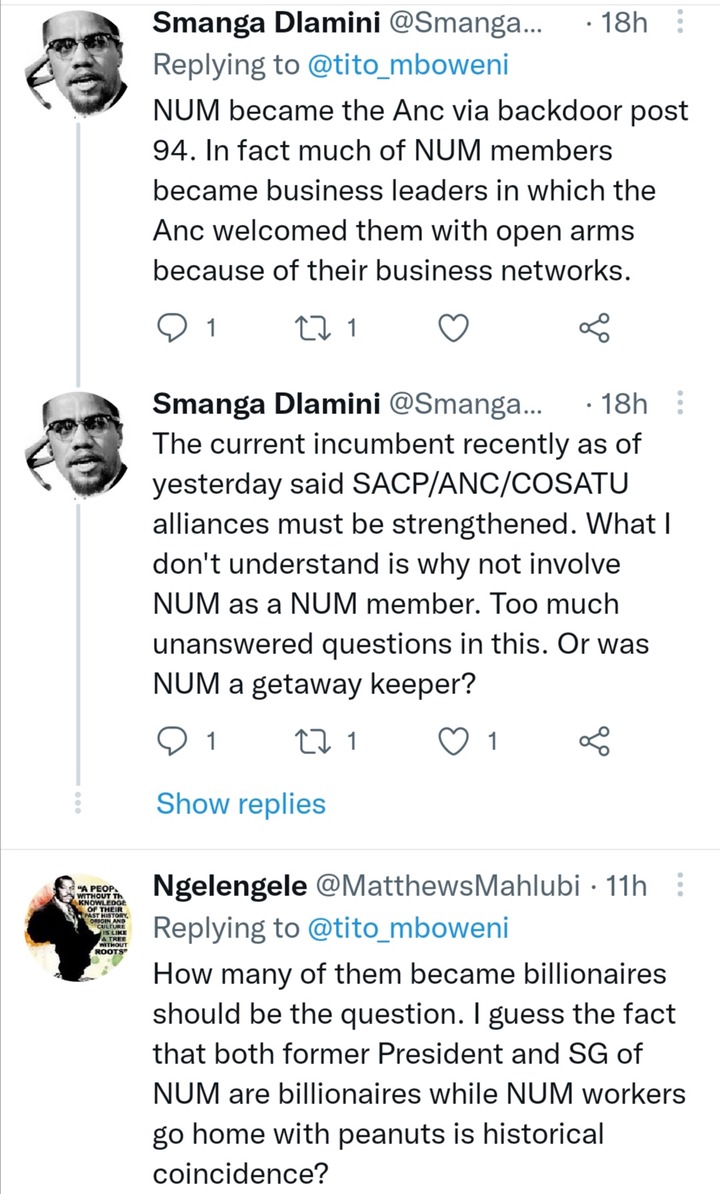 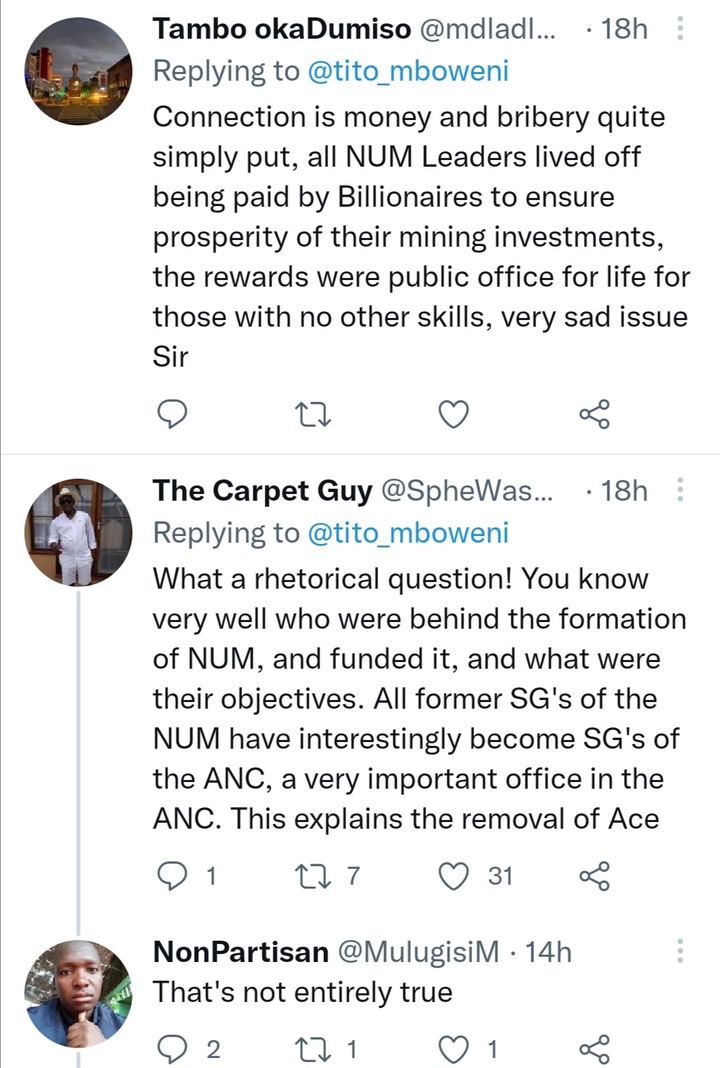 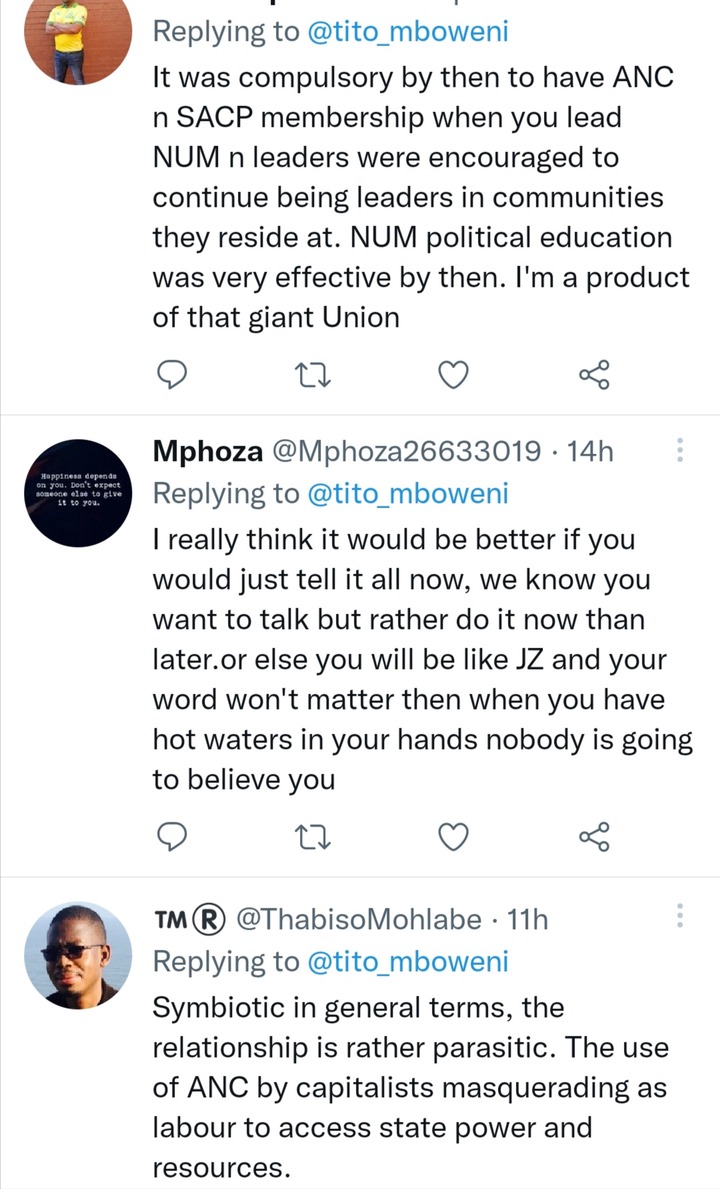 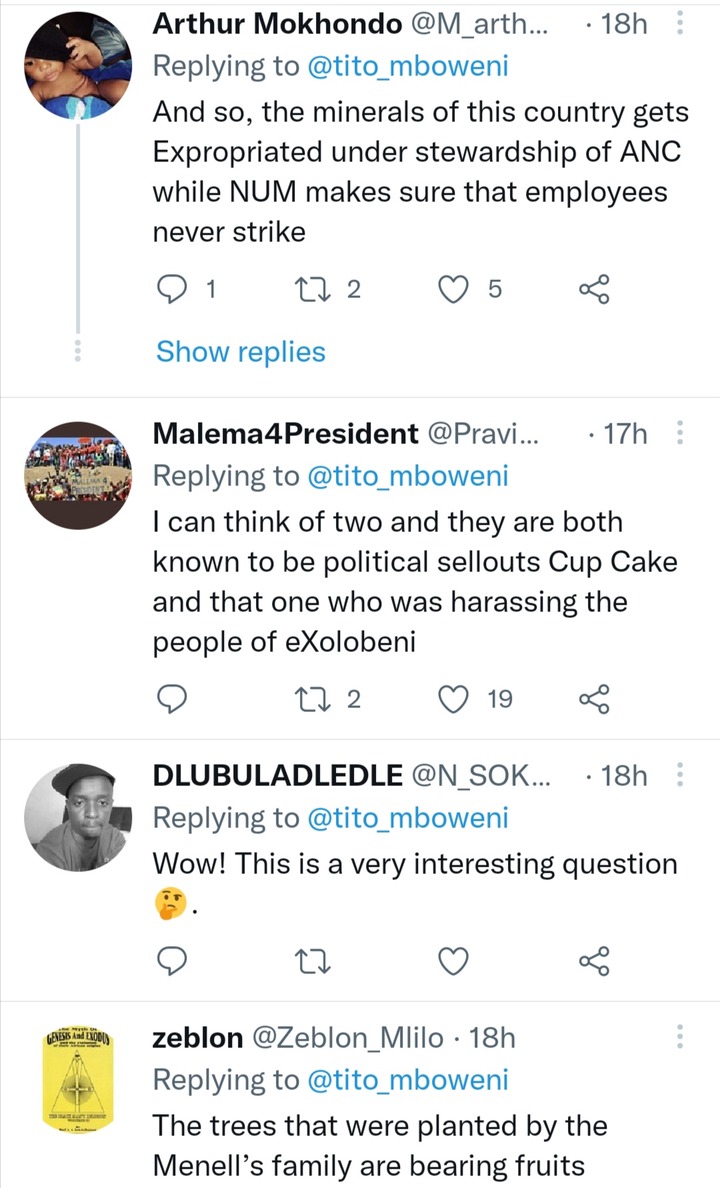